Your Morning Dump... Where Kyrie may not be around long term. Wait. What? 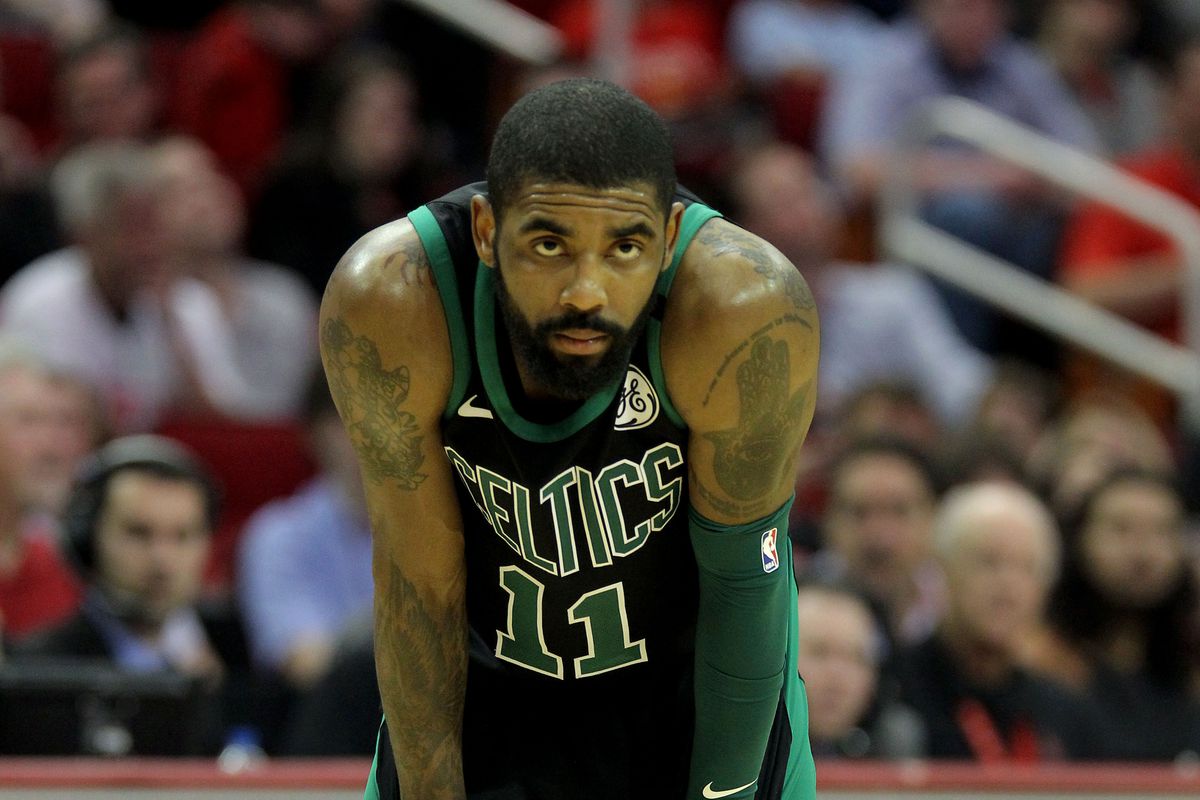 Your Morning Dump... Where Kyrie may not be around long term. Wait. What?

“I think Kyrie’s record over the course of his career would tell you that injuries have been a problem,” he said. “I think you have to be smart here and look at what the facts are, and understand that they may be a problem going forward, too. Gordon Hayward hasn’t given any indication in the past that he’s injury-jinxed in any way, shape, or form. Kyrie, on the the other hand, does have a history of injuries.”

“You’d like to see Kyrie, who’s in a contract year next year, to have the season of his career,” Gorman said. “I think the big measurement for Kyrie going forward is how many games can you reasonably get out of him.”

Mike Gorman was on the CLNS podcast yesterday, and Kyrie Irving–specifically, Kyrie’s health came up for discussion.

Gorman’s got a fair point. I mean, even if a fair bit of the post-2015 absences can be traced to that rather nasty knee injury, you can’t assume that you’re going to get this guy on the court 82 games a season + playoffs every year.

However, does that mean he’s not worth a max contract, come 2020?

To a certain extent, you’ve got to just trust Danny Ainge at this point. I won’t say that his knee doesn’t worry me going forward, but I also know that things have changed a lot over the past 30 years that I’ve been watching basketball.

If he were playing in today’s environment, I’m pretty sure we’d hear Bird described as ‘injury prone’, and he’d miss a solid chunk of regular season games every year with a variety of bumps and dings, but who on earth would have used that as a reason to trade him for more durable spare parts? Or to let him walk in free agency?

But you’d have to look long and hard before you found a player that can do what he can do when he’s healthy.

Page 2: Where Rozier has words and I have thoughts on defense

A couple other notes from Rozier’s appearance:

– Rozier said Al Horford was the one who brought the whole team together after Gordon Hayward’s injury.

– On defending LeBron James: “He’s a different breed.” Rozier got the full experience of defending James in the playoffs, when James ruthlessly hunted the switch on Rozier in the pick-and-roll.

Rozier seems to be turning into the Celtics’ latest quotable player. Granted, he’s got some huge shoes to fill, but he’s working on it.

One of the things I liked about the decision to keep Rozier on LeBron in switches is that it illustrates ‘team defense’ concepts.

Rozier got burned over and over, but Stevens both left him in the game and continued to run switches instead of having LeBron’s man fight over the screen. That Stevens left Rozier in the game shows he was doing what Stevens expected him to do, and by and large the strategy of letting LeBron get his while shutting down everyone else is a fairly solid one. Might’ve even worked if Rozier, Brown & Tatum had been playing in their second ECF game 7, instead of their first (am I saying they choked? Yep. They were afflicted with a powerful case of the yips.)

Oh, and if the C’s had made it to the Finals? Rozier breaks down how the C’s defend Curry:

The best part of this video comes at the end where they talk overall strategy defending Curry and Thompson, around the 3:07 mark. “You gotta stay on one hip, and force ’em one way.”

This is one of the things that you will see good defenses do over and over. There’s no defensive equivalent of ‘hero ball’. A guy like Rozier isn’t trying to stop Curry singlehandedly. The goal is not to force a turnover, it’s forcing a bad shot. You don’t try to stop Curry, you give him only one path to drive, and–with practice–that path is going to lead him right where you want him to go.

There’s also value in making Curry work for his shots. The first clip in that video is from late in the C’s game out in Oakland, and Curry’s shot hits front iron. That’s what you want in the fourth quarter.

And, bringing it back to Terry getting ‘little bro’d’, there’s value in forcing LeBron to back down even a guy like Terry Rozier because (1) it consumes clock–shortening the game in terms of possessions. It’s almost the basketball equivalent of running the ball in football. And the Celtics excel in low-scoring games. And (2) even though it’s just Rozier, he’s still putting his body into LeBron and making LeBron work. LeBron ain’t working when he barrels into a crowd of guys and draws a foul. I mean, yeah, he’s getting hit, but he isn’t dealing with a guy leaning on him for an entire possession.

Dang, man, Kyle Draper was exactly where every kid imagines himself: At the line with the game on the line.

I mean, granted, kids probably don’t imagine the game being a charity game with a bunch of huffing and puffing media guys who are quite possibly past it.

Still–a heart breaking loss for white, and a victory for the Jay King affiliated green team. King, of course, started the game off by channeling Klay Thompson.

The 6th Annual Celtics Camps Media Game is underway and @ByJayKing wasted no time getting the green team on the board pic.twitter.com/8NzkeQZd2u

Klay Thompson sprints out for the transition pull up 3. pic.twitter.com/JaykeHYFyF

Man, compare those two guys and tell me Jay’s talents as a player aren’t going to waste while he toils away for the Athletic.

MassLive: Boston Celtics draft 2018: Donte DiVincenzo, Mo Bamba & the latest Celtics big board | Boston Celtics draft rumors 2018: Celtics haven’t mentioned Jaylen Brown to Dallas Mavericks (report)  (of course they haven’t. No way Mavs are getting Brown–they picked Brown #3, he’s not getting traded ALONG WITH a first to get pick #5.)

Boston Herald: Celtics have new draft priorities picking at No.27