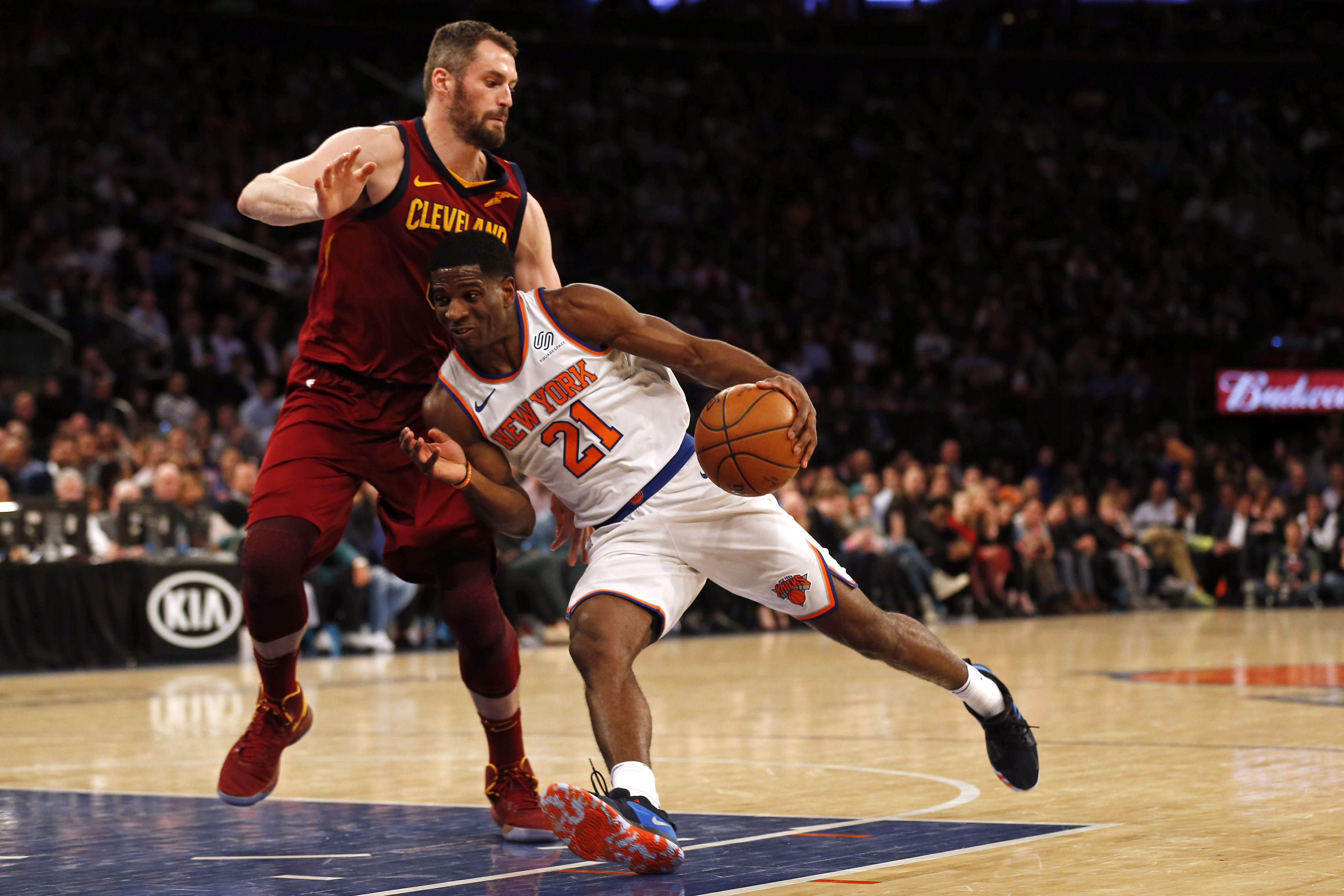 Damyean Dotson, Ron Baker, Devin Robinson and Joakim Noah joined the Westchester Knicks at different points during the 2017-18 season as assignment players. Each player in their own right had their own goal of developing their game or using the G League for a rehab assignment.

Dotson spent the most time in Westchester and saw quality playing time each game where he was able to further develop his game. The rookie guard greatly benefited from the stints in the G League and managed to have productive games late in the NBA season. The Houston product ended his G League season with a strong game against the Raptors 905. He came out with 10 points in the first quarter and was nailing stepback threes. In 13 games, Dotson averaged 18.2 points, 6.0 rebounds, and 2.5 assists on 48.9 percent shooting from the field.

Baker spent three games with Westchester early on in the season. He was dealing with a sore ankle and spent a short time in the G League that helped him through his rehab. Baker totaled 14 points and five steals on 3-of-5 shooting from deep in his first NBAGL game of the season. The Knicks guard averaged 11.7 points, 3.7 rebounds, and 3.0 steals on 50.0 percent from beyond the arc in 36.7 minutes per game with Westchester.

Robinson joined the Westchester Knicks in March and suited up for the team in three games. Robinson was efficient with his scoring despite joining the Knicks late in the season. He capped off the G League season by recording 18 points on 8-of-11 shooting from the field against the Erie BayHawks. In three games, the Wizards two-way player averaged 9.3 points while shooting 63.1 percent from the field in 14.3 minutes per game.

Craig Robinson, the Knicks vice president of player development and G League operation, pushed for Noah to get game action in Westchester. Noah was active and communicative on the defensive end in his lone G League game. He showed that more players should embrace the G League for rehab assignments. The Knicks center posted nine points, five rebounds, and four assists against the Maine Red Claws.