LeBron to reportedly talk to Celtics in free agency 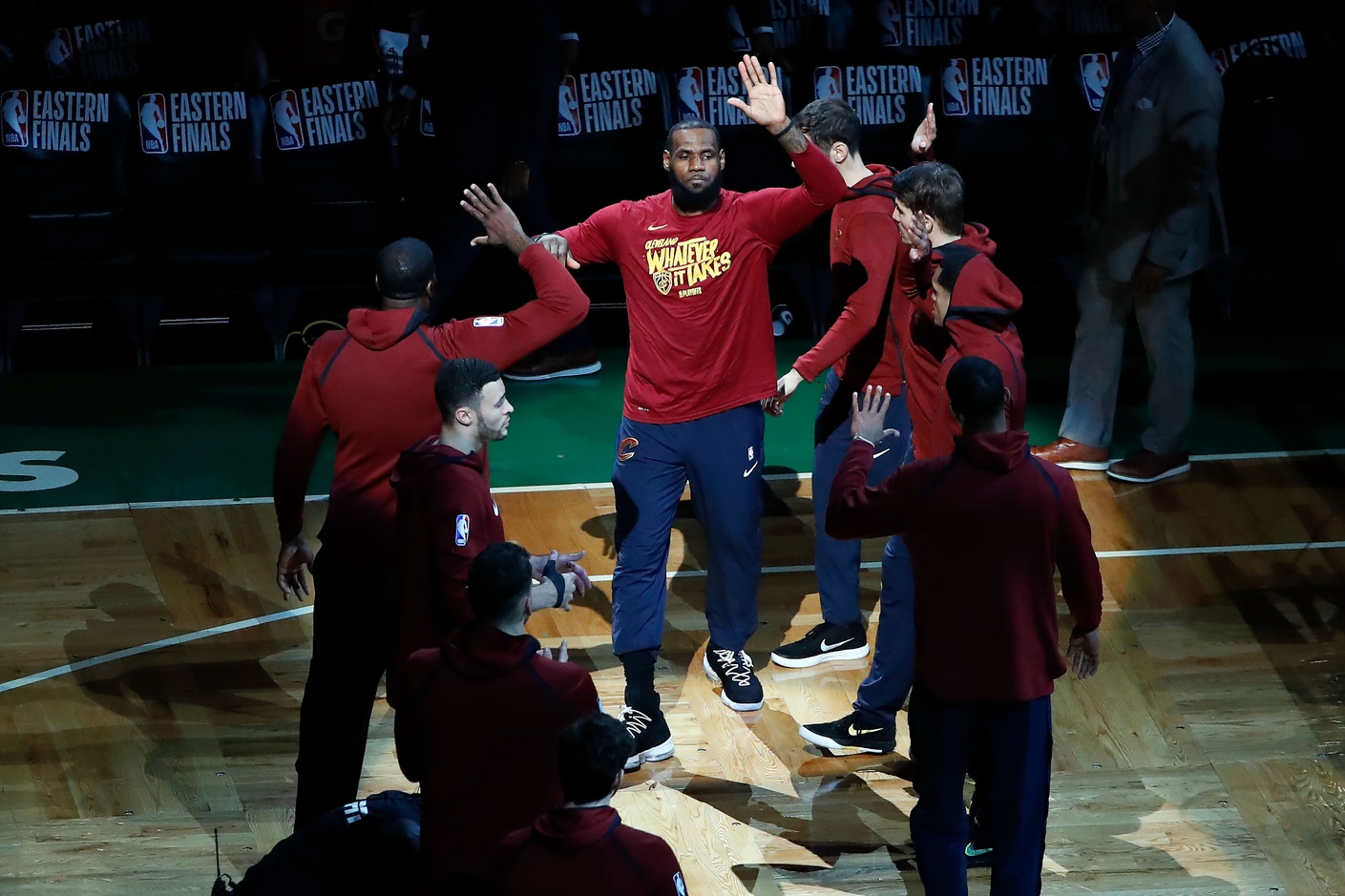 LeBron to reportedly talk to Celtics in free agency

“So you got Cleveland, Philly, Boston, Houston, LA, Golden State… I don’t think there’s anything Miami can do, but obviously because he was there and brought them two championships. Pat Riley made amends with Dwyane Wade, and you know how LeBron feels about D-Wade. Those are all conversations he’s going to have. Those are the seven teams.”

NBC Pro Basketball Talk: Stephen A. Smith lists Celtics as one of the teams LeBron James will talk with this summer

Let’s start at the top here and say this is Stephen A. Smith talking and while it’s entirely possible that information is being funneled to him, who knows how accurate this is.

With all that in mind, let’s, for the sake of discussion, again take this report at face value (reminder: never take reports at face value at this time of year)…

Danny Ainge has to talk to every premium free agent he can to gauge interest and explore ways to improve his team. If the Celtics and LeBron have mutual interest, then the Celtics have to consider the possibility of adding LeBron to the team.

(I’m going to pause here for all the LeBron haters who hate him at all costs to vomit, throw their computers or phones out windows, or generally throw tantrums.)

The obvious question here is “how the hell can you even add LeBron anyway?”

The answer is… well, it’d be very tough. It depends on how much of a discount LeBron is willing to take to move out of Cleveland.

If he pulls a Chris Paul and says to Cleveland “I’m opting into my final year, send me to Boston,” that’s $35 million in a sign-and-trade that would have to be matched. In that instance, one of Kyrie Irving, Gordon Hayward, or Al Horford would have to go. I’d guess it’s Kyrie because, well, you know…

The Celtics could do Kyrie, Marcus Morris, Jaylen Brown (and filler.. maybe they guarantee Nader and send him too) plus picks for LeBron. That’d give them a starting lineup of Marcus Smart, Jayson Tatum, Gordon Hayward, LeBron James, and Al Horford with a bench that begins with Terry Rozier, Semi Ojeleye, and Daniel Theis.

LeBron could decide to take less in a sign-and-trade, which would lessen the overall haul Boston would have to give up… thus leaving the Celtics with a deeper bench. If he took $30 million, then Irving, Brown, Yabu, Nader and picks would do it and the Celtics would keep Morris for the bench (I’m assuming Cleveland would insist on at least one young star in return).

If we really want to get unrealistically crazy, LeBron could just ditch the Cavs altogether, look at Boston as the ideal situation, take the full mid-level exception (just under $9 million) and the only moves Boston would have to make is to make sure they stayed under the hard cap (using the full MLE hard caps teams at the “apron”… which is about $6 million above the tax line). In that case, Jaylen Brown sticks around and comes off the bench and either Morris gets moved for a pick as a salary dump or Smart’s qualifying offer is rescinded.

As you can see, none of those seem likely… but.. there’s a path there for LeBron to become a Celtic. There are others and I’m sure I’ve missed things off the top of my head, but it can be done.

Now… SHOULD it be done? That’s up for debate. You can argue that LeBron’s arrival is essentially taking over franchises like the NBA version of Venom. You can also argue that Danny Ainge, Brad Stevens, and this Celtics ownership group provide a level of stability LeBron hasn’t seen… not even in Miami (mostly because Erik Spoelstra was a new coach and not as well established or highly regarded as Stevens when LeBron joined the team. He’s certainly earned a better reputation now, but he wasn’t that back then).

You can also argue that Boston is fine without LeBron. Hayward and Irving are coming back healthy, Brown and Jayson Tatum are taking big steps forward, and the rest of the squad fits nicely without needing to feed the LeBron beast on every possession. They damn near beat LeBron already and they feel good about beating him wherever he goes in the future. They’re contenders now without him and, because of the stardom in their youth, will still be contenders when he retires.

It’s all valid and up for debate. It’ll be interesting to see how it plays out, especially because there are paths to making it happen.