It's time the Pirates move on from Sean Rodriguez 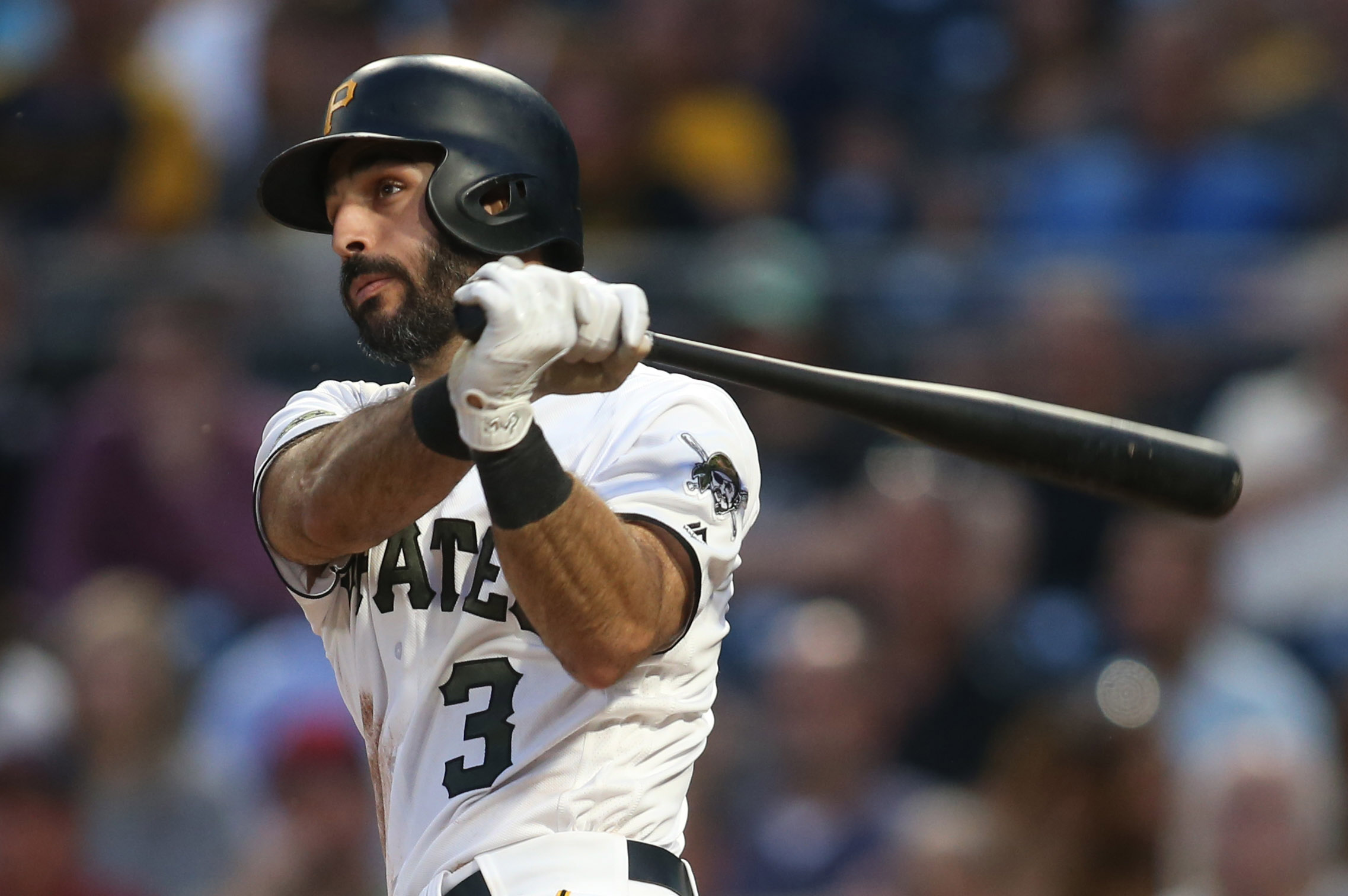 It's time the Pirates move on from Sean Rodriguez

Since he arrived in Pittsburgh, I have been one of the few fans of Pittsburgh Pirates utility player Sean Rodriguez. I often believe every team needs a guy like him. Rodriguez is an unselfish, team-first type of player that will do whatever it takes to win a game.

His contributions often can’t be measured by the numbers he puts up, which often aren’t great, but by the intangibles he brings to the team in the locker room.

Like him or not, Rodriguez does have some value to this Pirates team, but you still have to put up some type of numbers or provide some value defensively.

That being said, it’s time to cut the cord with Rodriguez and DFA him.

Struggling with the Bat

Rodriguez has only 16 hits all season in 111 plate appearances and has struck out a majority of them, carrying a ridiculous 31.6 strikeout rate.

Quite simply, Rodriguez is doing absolutely nothing to help this team with the bat.

Clint Hurdle has to get his bat out of the lineup and the only way Hurdle will not play Rodriguez is if he’s no longer in uniform.

Batting Gregory Polanco, who is 5-for-37 with 12 strikeouts and a .233 on-base percentage in his past 11 games, and Rodriguez back-to-back on Tuesday night was assuring the Bucs wouldn’t do anything offensively at the bottom of their order.

Struggling with the Glove

That hasn’t been the case either.

He made an error at short on Tuesday and that runner came around to score.

Add into that in the past week that Rodriguez made an error at third base on Thursday, which kick started the Cardinals five-run ninth inning comeback and he also made on at shortstop on Sunday.

If Rodriguez isn’t tremendous defensively, he’s not bringing value to the team.

So in addition to Rodriguez providing no value offensively, he’s not bringing value defensively either.

Why is he still a Pirate?

Yet Hurdle has rewarded a guy who’s struggling both with the glove and the bat this season a whopping 23 starts in 60 games.

Just because he can play all over the field doesn’t mean he has to.

He especially shouldn’t be getting starts over a third of the time.

Truth be told, he really shouldn’t be on the team at the moment.

So why is Rodriguez up when there are guys in the minors like Max Moroff, Chris Bostick, Kevin Newman, and others who can be more productive?

Rodriguez $5.75 million contract has a lot to do with that.

Will the Pirates front office pay Rodriguez not to play for them. It’s unlikely.

He also has a bobblehead day coming up on June 23rd. They likely won’t DFA him before then. A lot of teams aren’t going to use something like that for reasoning with roster decisions, but you can bet the Pirates will.

Granted Rodriguez is the only capable backup shortstop currently on the roster, but one of the guys in the minors can give you more than Rodriguez is giving the team at this time and it’s worth giving someone else a look.

Bottom line is the Pirates should move on from Rodriguez.

The experiment has run its course.

However they won’t and Pirates fans can keep getting frustrated when Hurdle keeps penciling his name in the lineup.

The few fans that were in attendance on Tuesday booed Rodriguez.

That’s just going to get worse as Rodriguez continues to struggle.