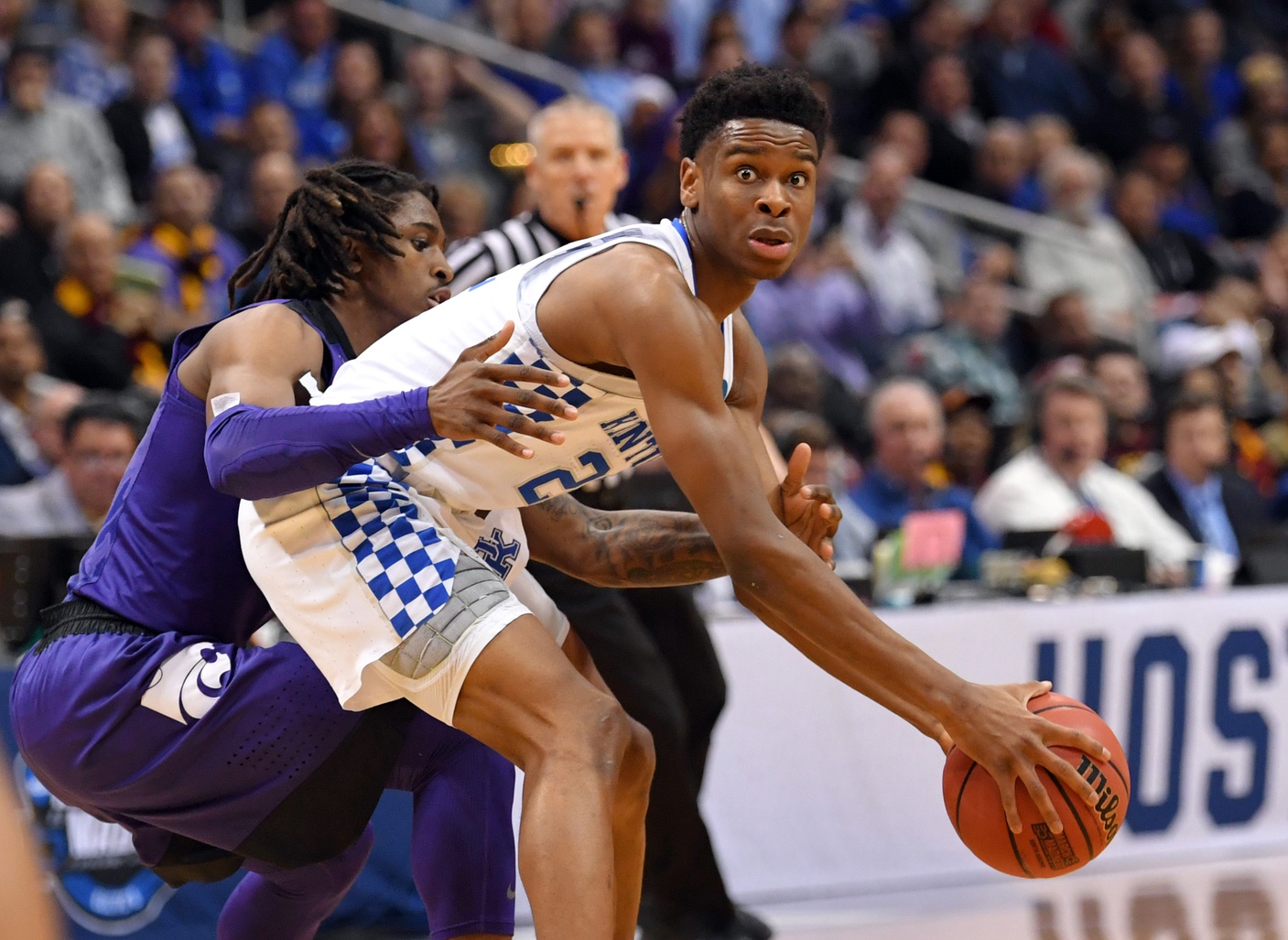 Much like fellow Canadian and Kentucky Wildcat Jamal Murray, Shai Gilgeous-Alexander (SGA) arrived at Kentucky without much hype relative to some of the bigger-named five-star recruits UK traditionally hauls in every year. But unlike Murray, SGA began the year coming off the bench before eventually earning a spot in the starting rotation in January – and he never looked back. SGA’s scoring average jumped from 11.5 points per game to 17.0 and he finished the year as one of UK’s more reliable players.

SGA possess great height and length for a point guard with an insane 6-11.5 wingspan, which coupled with his impressive instincts allows him to be a good rebounding guard as well. He has also shown that he can be a capable shooter from beyond the three-point line (40.4 percent), but wasn’t a volume shooter from the outside in college. Instead, SGA has a smooth game and prefers to use his savvy, length and athleticism to get to the basket. His lack of strength, however, is a cause for concern, as he’ll likely be knocked out of position on a regular basis, hindering his ability to make plays for his team.

Defensively, SGA has all the tools to be a great defender at the next level. Not only does he use his length to bother ball handlers and cut off passing lanes, but he works hard and has a good basketball IQ in terms of positioning. Again, SGA will need to increase his strength in order to keep stronger defenders in front of him, but for now, his length and athleticism will at least makeup slightly for that shortcoming.

I see SGA’s floor as being fellow UK Wildcat Andrew Harrison. I realize that Harrison is still young and can still develop into something more, so I’ll specifically say Harrison’s current state is SGA’s floor. Despite the hype he and his twin brother received coming out of high school, Harrison has become a role player for the Grizzlies while his his brother Aaron has spent more time in the G League than the NBA.

SGA and Harrison are the same height with similar athleticism. Harrison, however, is 30 pounds heavier and has the ability to throw his weight around when he drives to the hoop. I believe SGA is, and will continue to be, a better rebounder and play maker than Harrison at the next level.

I think SGA’s ceiling is a rich man’s version of Shaun Livingston. Both have similar body frames and have good basketball IQ. Livingston’s per-36 numbers of 12.6 points, 4.2 rebounds, 4.5 assists, and 1.1 steals per game demonstrate the all-around game I think SGA can duplicate, but with better numbers.

SGA is better at driving to the hoop while Livingston is better at creating his own shot in the midrange. What will allow SGA to exceed Livingston is becoming a dependable outside threat. Livingston has demonstrated that even without the elite athleticism he boasted pre-injury, his length and IQ more than makeup for it on both ends of the floor.

SGA will likely hear his name called in the middle of the first round. Possible landing spots include the L.A. Clippers (12th/13th overall), Denver (14th overall), or Washington (15th overall). Although the Clippers have a good point guard in Patrick Beverley, his strengths remain as a defensive specialist and spot up three-point shooter. SGA would provide the Clippers with a playmaking/slashing point guard that can also play defense. (Can you imagine teams trying to score against Beverley, Avery Bradley and SGA? Have fun.) Although both Denver and Washington have solid starting point guards, SGA would provide solid backup minutes as he continues to build strength.