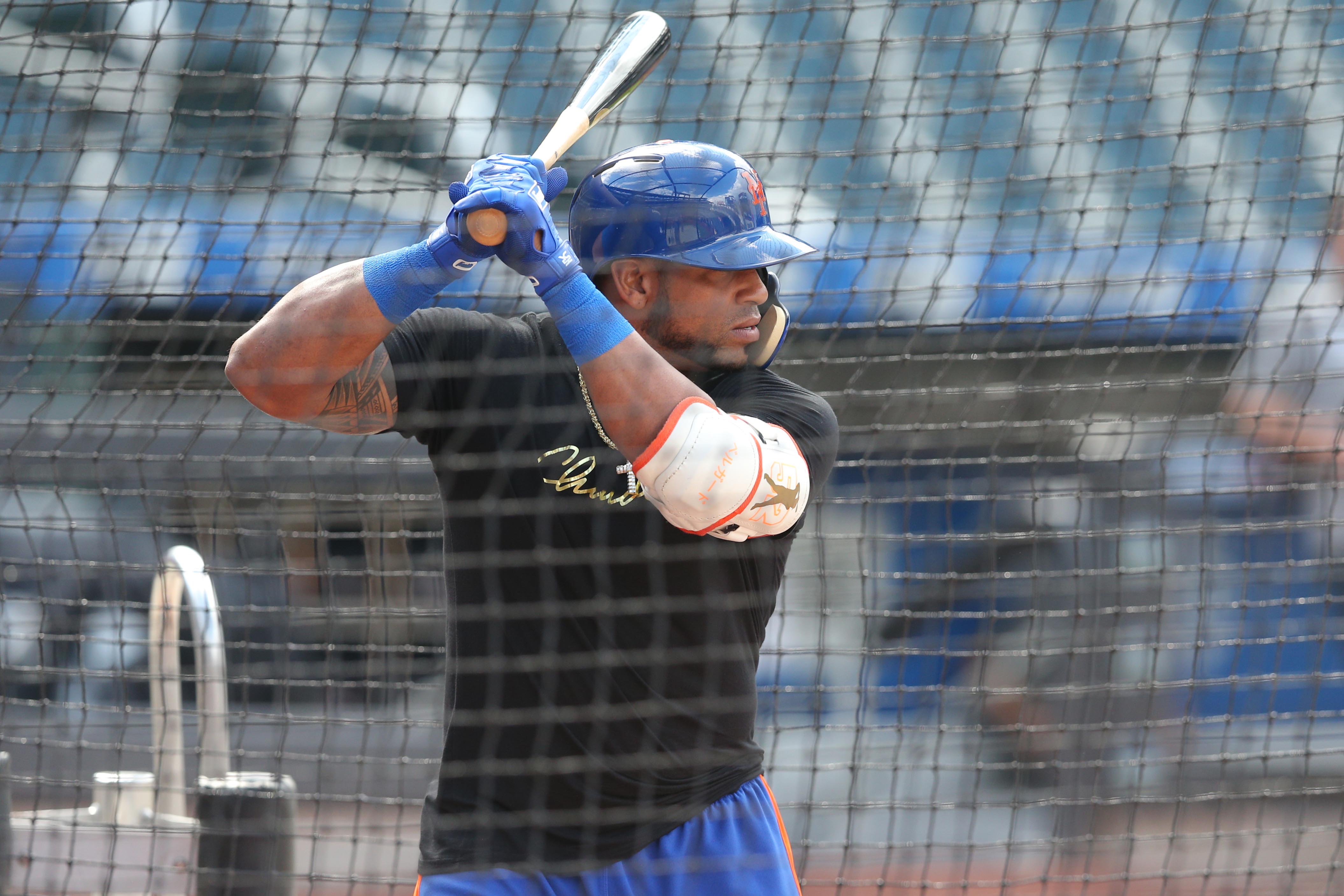 The New York Mets are hurting offensively, having scored only seven runs over their last six games. It’s not a shocker that they have no wins over that stretch, and their anemic offense is a big part of the team’s current losing streak. The Mets got Todd Frazier back on Tuesday, but what they really need is the return of star outfielder Yoenis Cespedes. Cespedes has been on the disabled list since May 15th with a hip injury that has been surprisingly slow to heal. There have been signs that Cespedes is closing in on a return, but it is hard to get a true read on his situation since he has refused to talk to the media for weeks.

After taking live swings against Noah Syndergaard in a simulated game yesterday, Cespedes ran the bases and did some work in the outfield prior to today’s loss with the Baltimore Orioles, MetsBlog.com reports. Manager Mickey Callaway wouldn’t rule out the possibility that Cespedes could be available for the Subway Series this weekend, but he also said that the team hasn’t decided if Cespedes will need to go on a rehab assignment before returning. The best option for a rehab stint would be with AA Binghamton, which is playing a day game in Pennsylvania tomorrow.

The fact that nobody can give a clear answer on what’s going on with Cespedes is mind boggling, but what makes it worse is the fact that the Mets might be rushing him back for the Subway Series. Callaway noted that the team needs to see if Cespedes can push off on his leg at 100% without an issue. The only way for him to do that is in a game situation, and it makes more sense to have him find out in a minor league game than to risk having him aggravate his injury in the big league lineup. This situation just reeks of poor planning, which is nothing new with the Mets and injuries.