Your Morning Dump.... Where Stephen A. fluffed Terry Rozier but he didn't waver 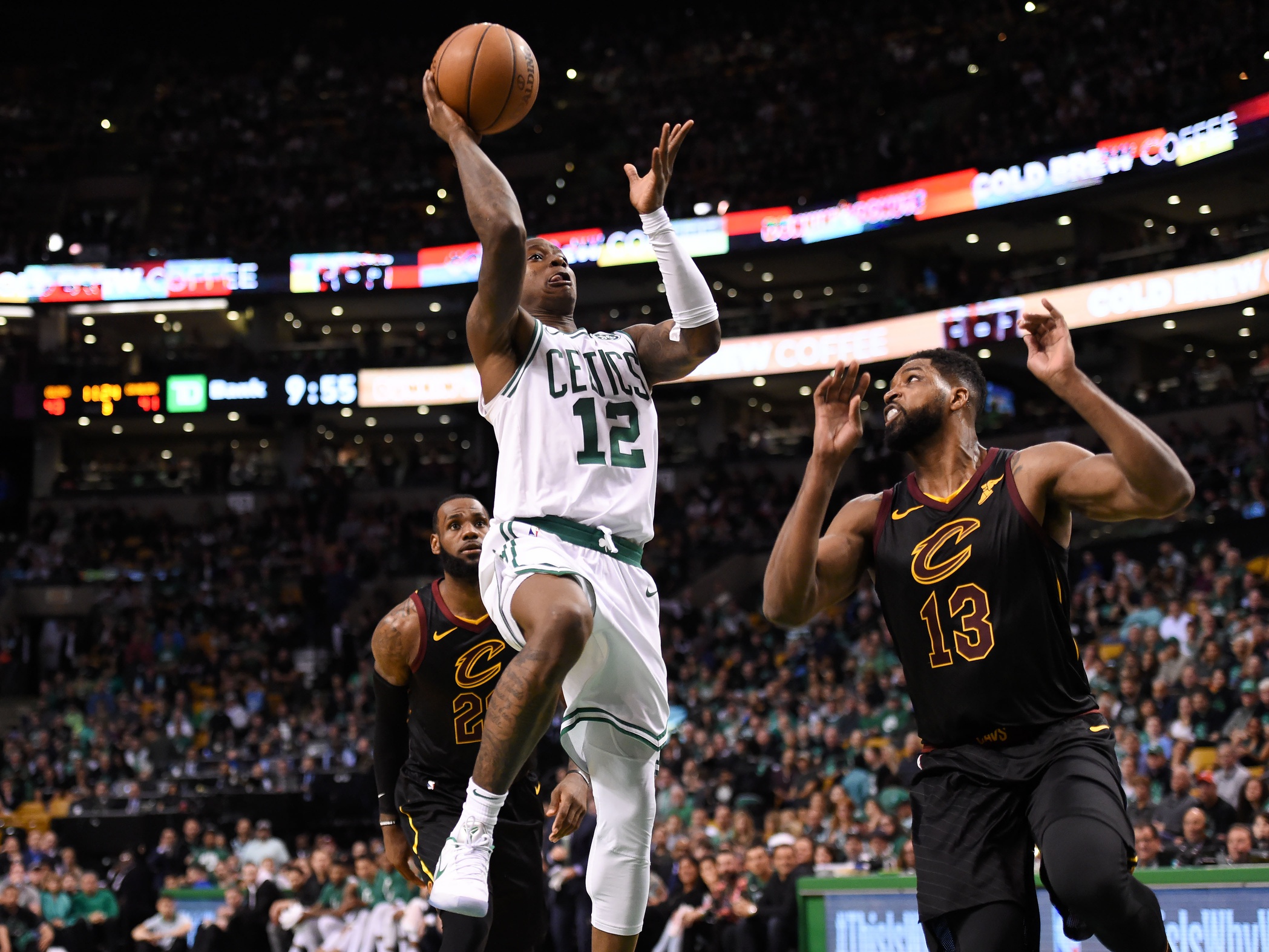 Your Morning Dump.... Where Stephen A. fluffed Terry Rozier but he didn't waver

On “First Take,” co-host Stephen A. Smith asserted that Rozier is “grossly underpaid” before asking him about the Celtics’ offseason priorities and possible trade rumors. Specifically, whether Rozier and his teammates want to stay together or are interested in getting traded to potentially play more minutes.

“Oh no we definitely want to stay together, us young guys,” Rozier explained. “We’ve seen this run that we had this season. It’s tough to tell a group of competitors that you’ll get it next season. We’re all hungry, like I said, so we want to stay together. We want to advance to where we left off this year, and win the big one.”

Props to Terry Rozier III for saying all the right things during this interview with Stephen A. Smith.

Rozier may be grossly underpaid but he gets a decent bump to $3 million (from $1.9m) next season.

I’m fairly confident that Danny Ainge is running back this team next year. I’m also confident that Rozier, Marcus Smart and Marcus Morris willingly accept a minutes reduction for the sake of team goals (i.e. pursuit of a championship).

Although Morris is the wildcard. At 28 and facing free agency, it’s possible Mook seeks a trade to a team where he can play a lot and maximize his earnings. But asking out of this situation isn’t going to help his reputation.

On Page 2, Jayson Tatum says Coach K was harder on him than Lord Stevens.

“Did it stay the same?” Krzyzewski asked of the end-to-end grind.

Tatum, having fun, said, much to the audience’s delight, “We don’t practice as hard in Boston as we did here. Practices are a lot shorter because (Brad Stevens) understands we have so many games.”

Krzyzewski countered that training camp must have been a real eye opener, and Tatum shook his head.

No surprise there. The NBA isn’t known for it’s grueling practices.

Tatums also talks about “getting bigger.” I’m really hoping he comes back with 10 lbs of muscle packed on that frame. That and some improvement with ball security.

And finally, are the Celtics targeting a big man with their 1st round pick?

Judging by this photo, it’s possible the Celtics worked out Mitchell Robinson.

CBS Sports has him slated at #27 in this May mock draft:

A home-run swing no matter where he’s taken. And when you take a big swing, you can often strike out. Robinson is a helluva physical specimen, a hugely athletic 7-footer who is one of the best shot-blockers in a draft that has a few stellar ones. Robinson is a liability on the offensive end for now, but with some time in the G-League, this project could become a late-first-round gem. Or he could become absolutely nothing. He once again displayed what happens when a young player gets bad advice when he decided to pull out of the combine at the last minute.