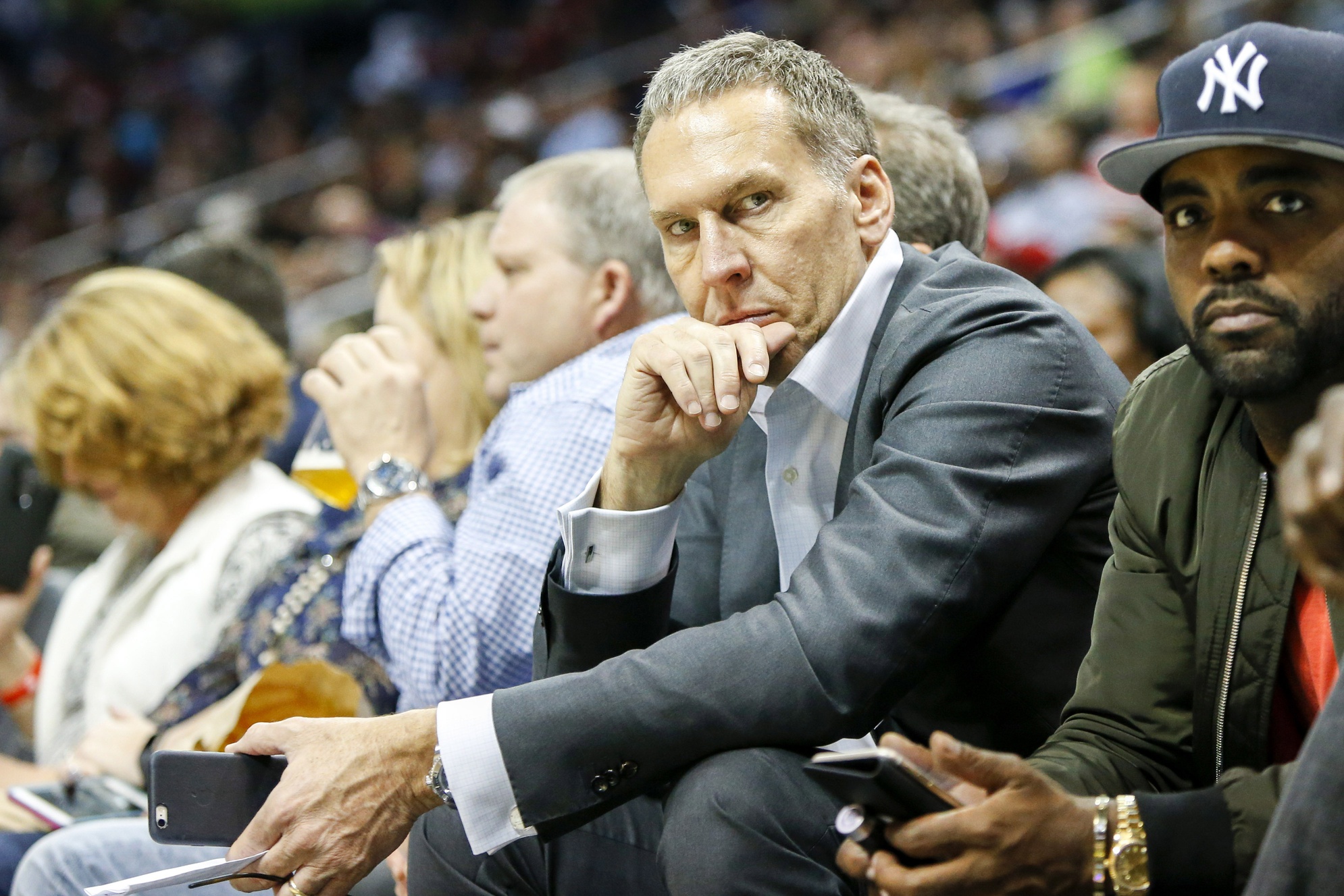 Let the absurdity of that wash over you for a second.

A week ago, The Ringer, acting on a tip, exposed five anonymous Twitter accounts tied to Colangelo. He admitted to using one, which never tweeted, but the other four were, for a very short time, a mystery.

Sixers Twitter mounted a quick vigilante investigation that quickly exposed Colangelo’s wife, Barbara Bottini, as the mystery Tweeter. She had spent a long time apparently using private conversations with her husband as public defense of him and the team on social media.

An investigation by the Sixers led the team to believe that Colangelo did not establish the Twitter accounts or post content on those accounts, according to a statement from the law firm that conducted the investigation. The investigation supported the conclusion that Bottini established the accounts and posted the content.

When interviewed, Bottini admitted establishing and operating the accounts and forensic evidence corroborated her admissions.

However, the investigation also revealed substantial evidence that Colangelo was the source of sensitive, non-public, club-related information contained in certain posts to the Twitter accounts.

“We believe that Mr. Colangelo was careless and in some instances reckless in failing to properly safeguard sensitive, non-public, club-related information in communications with individuals outside the 76ers organization,” read a statement from the investigators, Paul, Weiss, Rifkind, Wharton & Garrison LLP.

So… Colangelo comes home and vents about his day to his wife about things that happened at work. She turns around and drags people on Twitter using sensitive information that shouldn’t have been shared publicly, and now Colangelo is out of a job.

This is essentially how the 2018 NBA season started. Colangeo burner accounts are essentially how it ends. Thanks for everything weird in-between, @NBA pic.twitter.com/cULH1CIWQG

A season that began with LaVar Ball threatening to derail the league with is antics ended up with him basically becoming an afterthought. A rookie’s father openly questioning the coach, then pulling his sons out of high school and college to start pro careers in a sub-par central European league now barely registers on this season’s weirdness scale.

Has to be one of the dumbest reasons to lose a job ever https://t.co/cdduS6AgLI

This story is so bizarre that it tops this list of 72 other things that might have been the weirdest thing to happen in any other season.

This is a season in which a player threw soup at a team employee… where players espoused flat-earth and dinosaurs as pets beliefs… where Bobby Portis caved Nikola Mirotic’s face in… and this tops them all.

We can’t even bask in a purely green-goggled Schadenfreude of the Sixers becoming a league-wide embarrassment again because it’s possible they could get an upgrade out of this.

The Sixers’ biggest competition in the Eastern Conference going forward? The Boston Celtics, who have done an excellent job over the last few seasons adding both young talent and attracting elite players. Zarren has played a major role in building the current Celtics, is considered one of the top analytic guys in the league, and was nearly hired by the Sixers in 2013. He also helped recruit and sign forward Gordon Hayward last offseason, who was one of the biggest available free agents on the market last offseason. Zarren’s combination of success in the draft, strong analytics background and track record of signing big free agents would make him very appealing. Plus, having an inside track on the Celtics’ thinking doesn’t hurt.

This could end up being a disaster for Boston. Rather than pointing and laughing at the Sixers fumbling away perhaps the most critical offseason in “Process” history, we could end up watching a critical piece of Boston’s front office come in to pitch the final two innings and get the save.

We can only hope it doesn’t come to that. Watching Zarren swoop in and make prudent moves to keep the Sixers on the upswing would be a pretty big gut-punch. I don’t want anxiety over a story this ridiculous. I want this brief moment of knocking Sixers fans down a peg, and maybe keeping the Sixers just off Boston’s pace over the next five years. I want to be able to point at this ridiculous controversy and laugh about it for a long time.