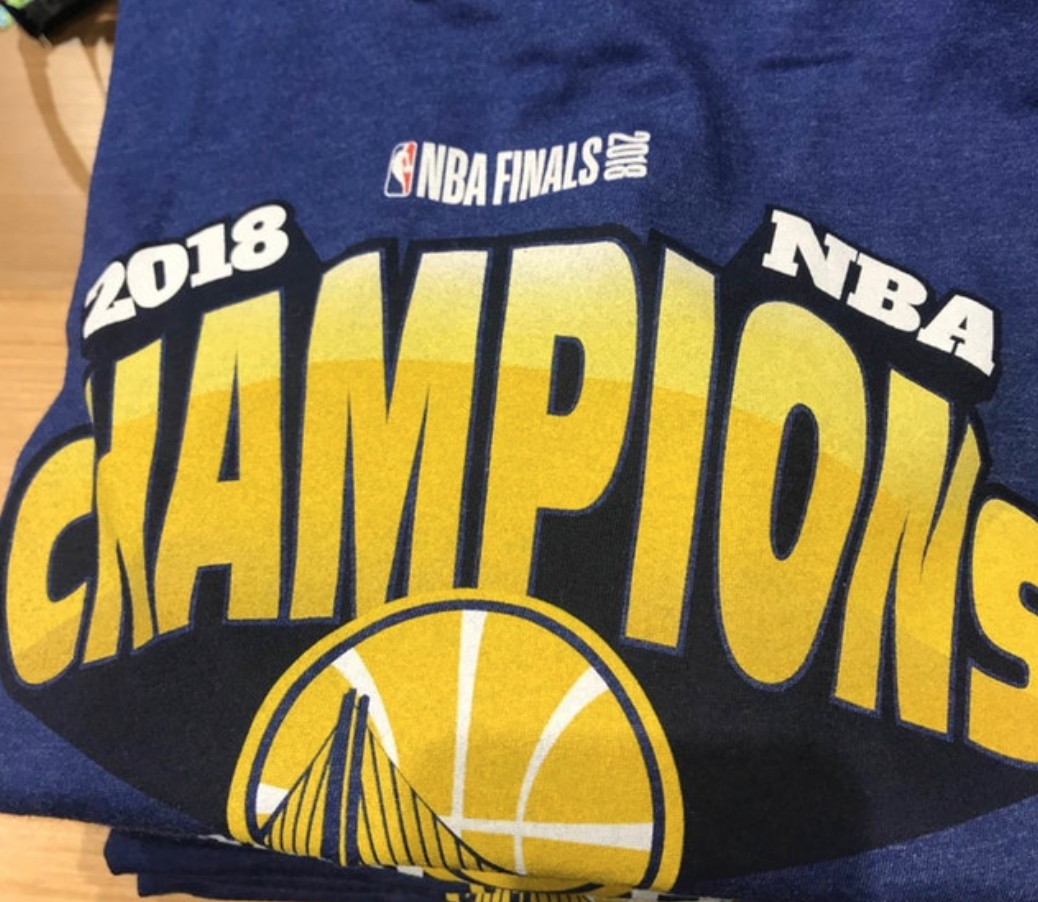 The Warriors are well on their way to winning their third title in four years, it’s really just a matter of when it happens.

It’s certainly possible that the Warriors will win Game 4 on Friday night and sweep the Cavs, which is something LeBron James’ teams rarely experience.

San Francisco International Airport is already cashing in on the opportunity, and the Warriors haven’t even won yet. One particular shop is selling Warriors championship shirts, which one Redditor noticed.

Hopefully the early-celebration jinx doesn’t prevent the Warriors from winning, but we’re pretty certain it won’t. The real question is, “Will the Cavs win a game?”