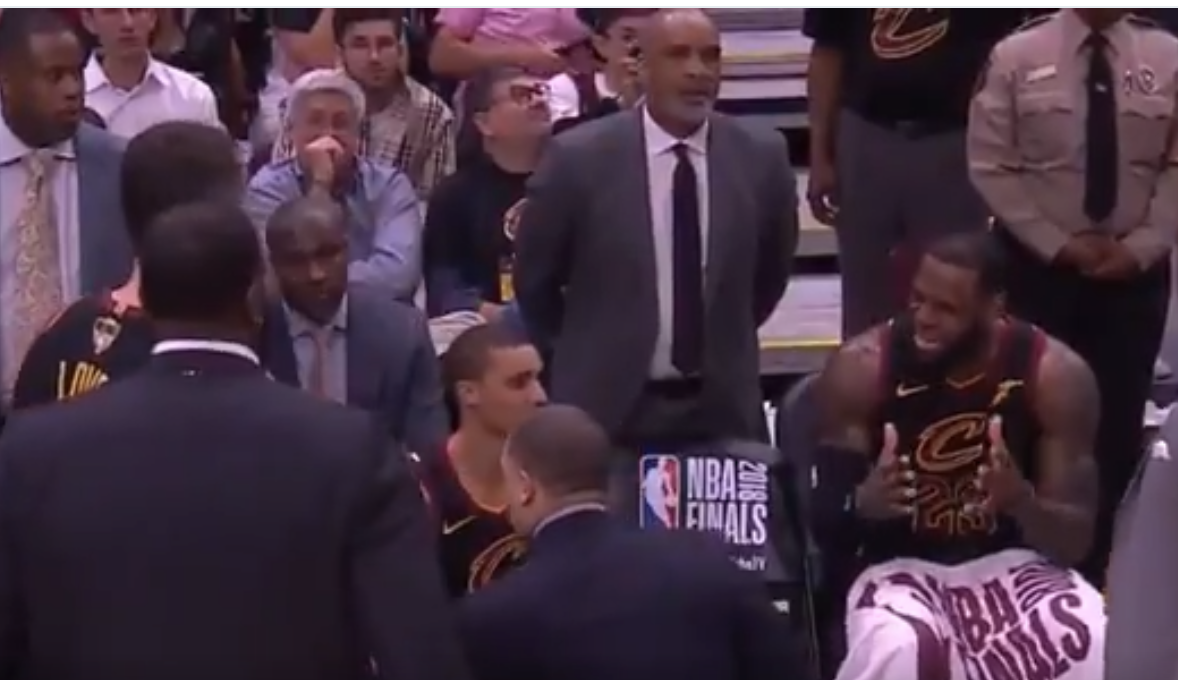 LeBron James was none too pleased with his teammates during Game 4 of the NBA Finals on Friday night, and he made sure to let them know about it (as well as the TV cameras).

James was seen having some choice words with his teammates during a timeout, in an apparent attempt to fire them up. The Cavs were in bad shape at the time, as the Warriors were beginning to really pour it on in the third quarter — eventually stretching their lead to 20+ points.

It was King James’ turn to speak, and everyone else was pretty much forced to listen to it. But even his fiery words couldn’t will his team to a win, and a successful attempt to avoid being swept on their home floor. The Warriors were simply on a mission and could not be stopped.