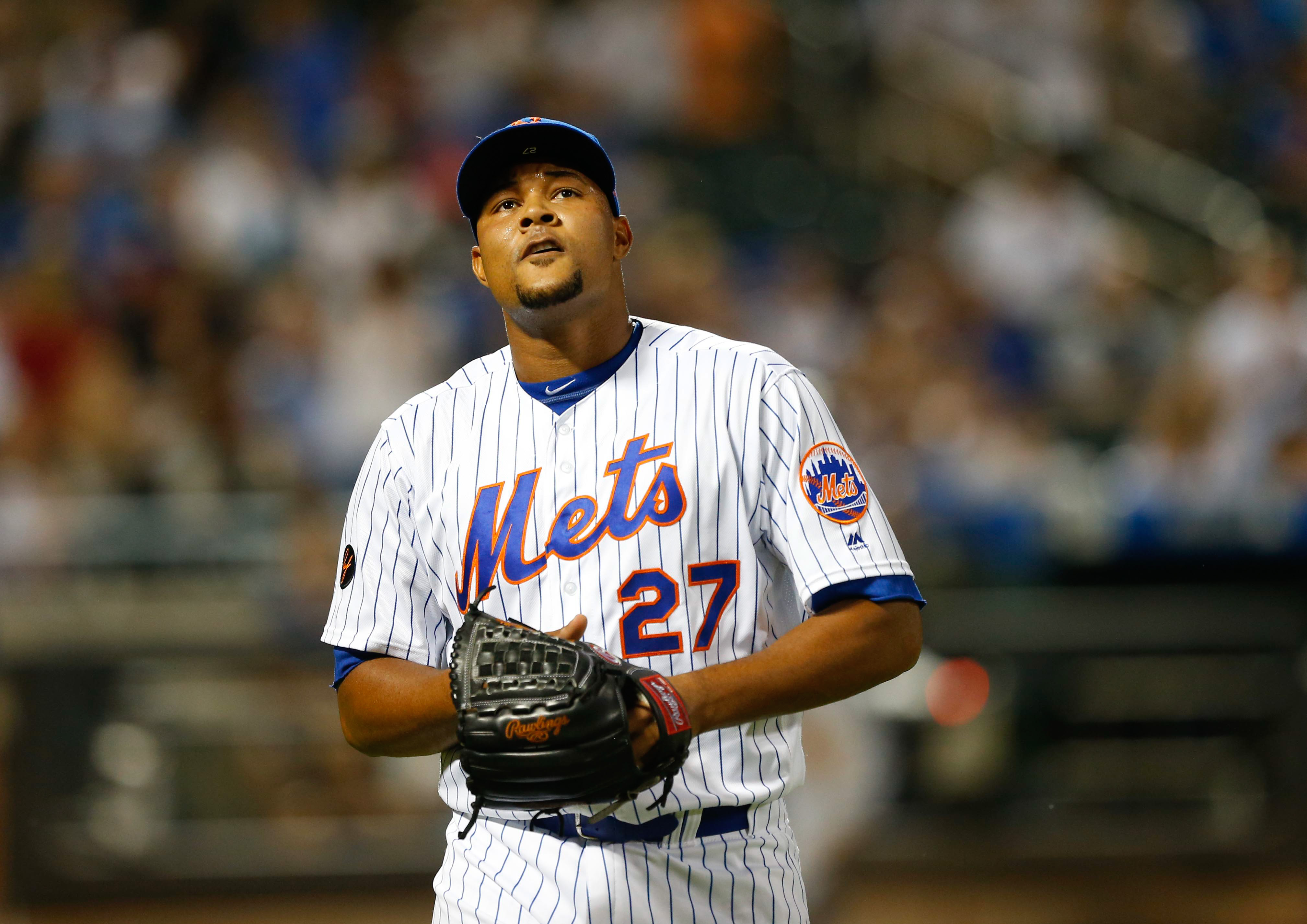 If there was an unofficial theme song for the New York Mets, it would be “Another One Bites The Dust”. That has been the trend with the team’s injury situation for the past couple of years, and days after getting back Anthony Swarzak and Todd Frazier from the disabled list the Mets got bad injury news on two more players. Both situations came out of left field, with the Mets dropping this tweet about an hour ago.

Jeurys Familia has been placed on the 10-Day DL, retroactive to June 7, with a sore right shoulder and we’ve recalled Jacob Rhame from Las Vegas. #Mets

Familia’s MRI did not reveal any structural damage, James Wagner of the New York Times reports, with manager Mickey Callaway indicating the issue is similar to shoulder soreness Familia experienced during spring training. This is now the second Mets’ reliever to land on the DL with a shoulder problem as Familia joins A.J. Ramos on the shelf.

Callaway dropped another bombshell during his pre-game press conference, when he revealed that the Mets will scratch Noah Syndergaard from his scheduled start on Sunday night. Syndergaard, who is on the DL with a ligament strain in his right index finger, appeared to be set to come back on Sunday after getting through a simulated game on Tuesday without incident. That changed today, when Syndergaard felt discomfort and experienced swelling while playing catch, so the Mets opted to skip him and re-evaluate the situation on Monday. Seth Lugo will now start for the Mets on Sunday night, taking one of the few strong arms in the unit out of it in a critical series with the New York Yankees. The Mets desperately need length out of both Jacob deGrom, tonight’s scheduled starter, and Steven Matz to avoid letting the strong Yankees’ lineup dig into the underbelly of their bullpen. If Jacob Rhame, Hansel Robles, and Tim Peterson get significant work in the next few days the Mets are in deep trouble.