There's more smoke about Kyrie Irving not sticking around 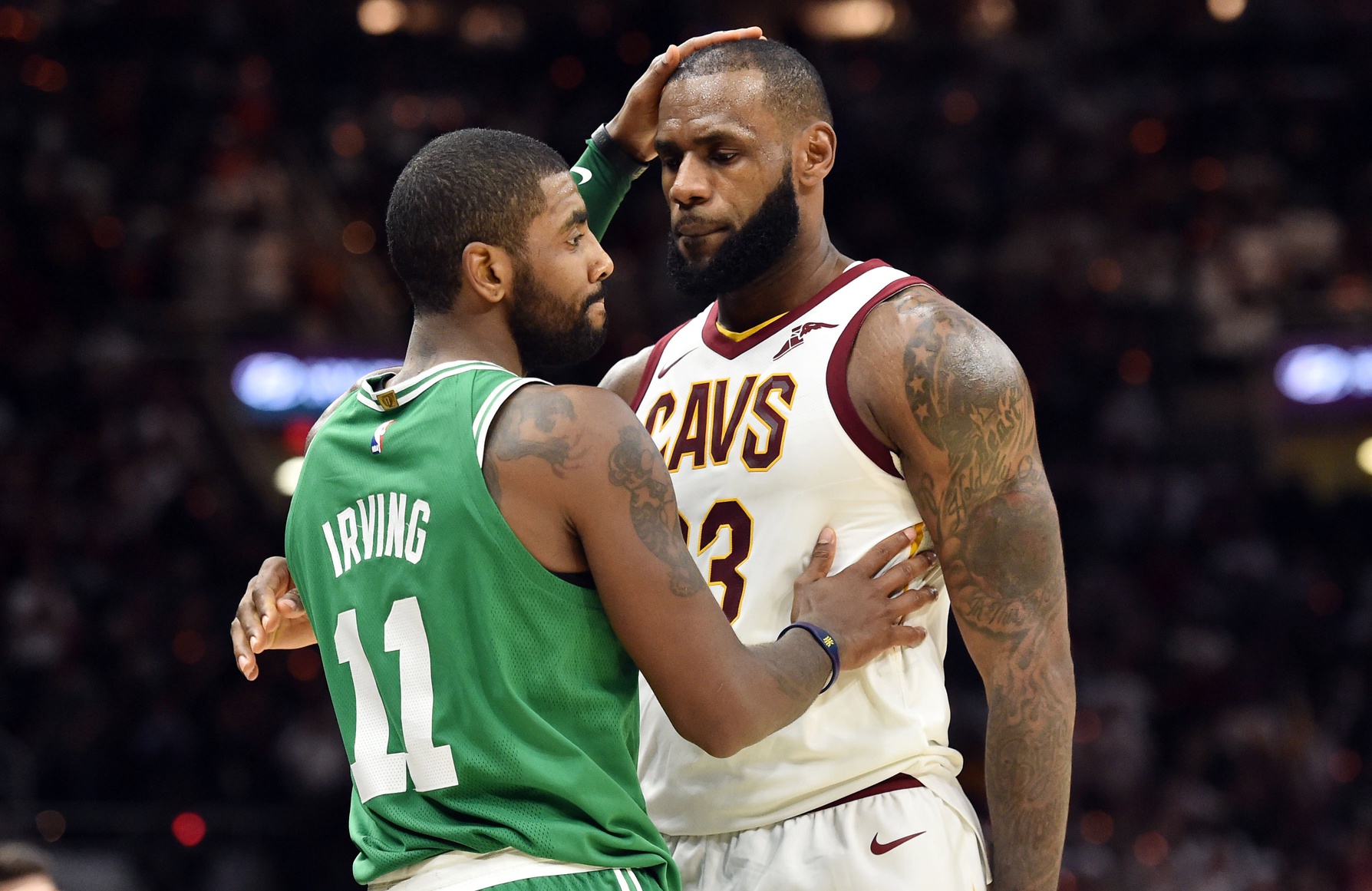 There's more smoke about Kyrie Irving not sticking around

Earlier this week we shared comments from Mike Gorman that cast some concern about Kyrie Irving’s long term future with the Celtics.

While Gorman’s concern centered around Irving’s long term health, Yahoo’s Chris Mannix says the Celtics are “scared” that Kyrie will leave for the Knicks. (transcription via Amico Hoops)

“Because Kyrie had talked about it, about playing with the Knicks with some players in that Cleveland locker room from what I was told. “You know things can change. Obviously, you go to Boston and you become the face of the franchise. You’re on a winning team. Maybe the mindset has changed significantly?”

If Kyrie Irving wants to leave Boston – a team set-up for a decade of domination – for a garbage franchise with a hobbled star and a clueless owner, then by all means GO.

Meanwhile, the Ringer is fanning the LeBron-to-Boston flames with a story that touts the Celtics as the best short and long term option for James.

Jonathan Tjarks throws out a couple of trade scenarios:

The simplest deal would be trading LeBron for Hayward, Marcus Morris, and a first-round pick. Cleveland, as much as they might hate to trade LeBron within their conference, would have to do it.

One trade-machine possibility that Ringer CEO Bill Simmons threw out was sending Kyrie to New York, with the Cavs getting at least two more first-round picks in the deal (no. 9 and no. 27 in this year’s draft) as well as a bunch of expiring contracts (Marcus Morris, Emmanuel Mudiay, and Enes Kanter).

I just…. I don’t want any part of LeBron. Here’s my take:

LeBron needs Boston more than Boston needs LeBron. And quite frankly, I don't want any of the drama, hostage-taking, back-stabbing, manipulation and social media nonsense that comes along with James. (Sure, I would have swallowed all that in 2014)