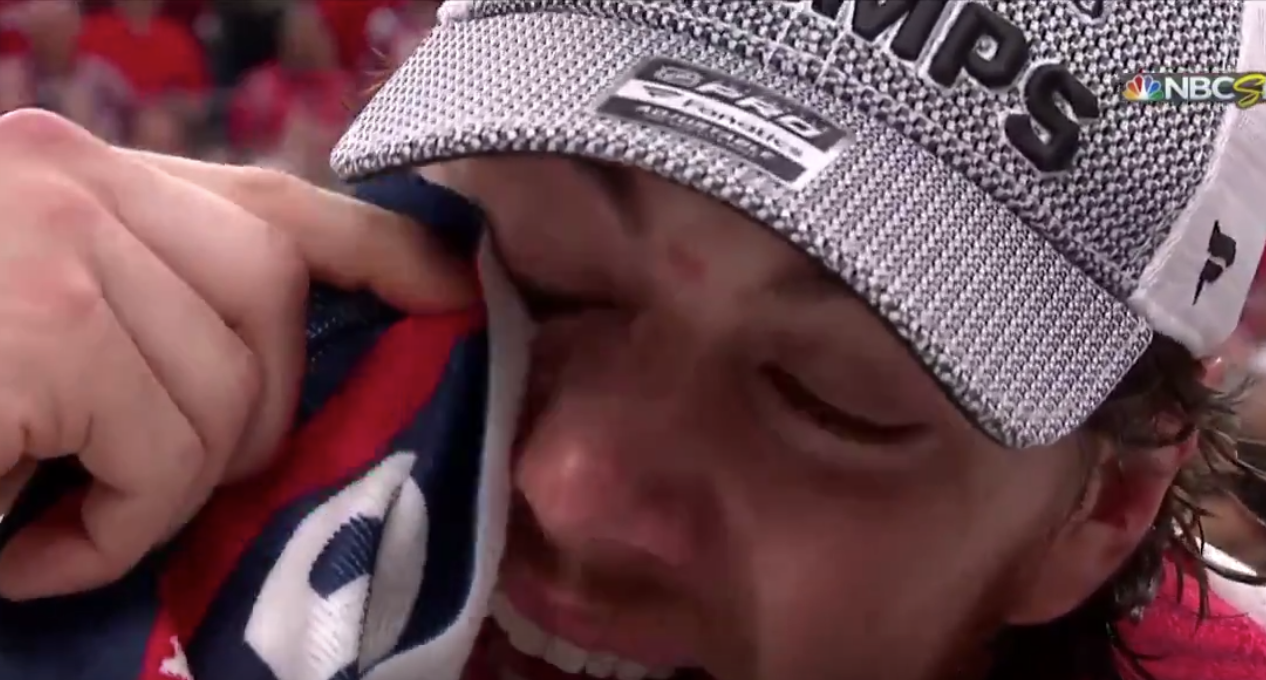 It really was the Caps’ year, as the team that had never advanced past the second round of the playoffs got a heck of a lot further this year, winning four consecutive contests to defeat the Golden Knights in Game 5 on Thursday night.

What a story, and what a run for the Caps and their fans, as well as the players.

It’s hard not to feel great for TJ Oshie, who showed why fans have a soft spot for him after Thursday’s 4-3 win. Oshie teared up talking about how his father, who has Alzheimer’s, will likely remember this particular moment.

“He was diagnosed with Alzheimer’s and he doesn’t remember a lot of stuff, but you bet your ass he’s going to remember this one,” Oshie said.

.@TJOshie77's dad has Alzheimer's, but he is sure that he'll remember this one. ❤️ #StanleyCup pic.twitter.com/U6AwR8QZOF