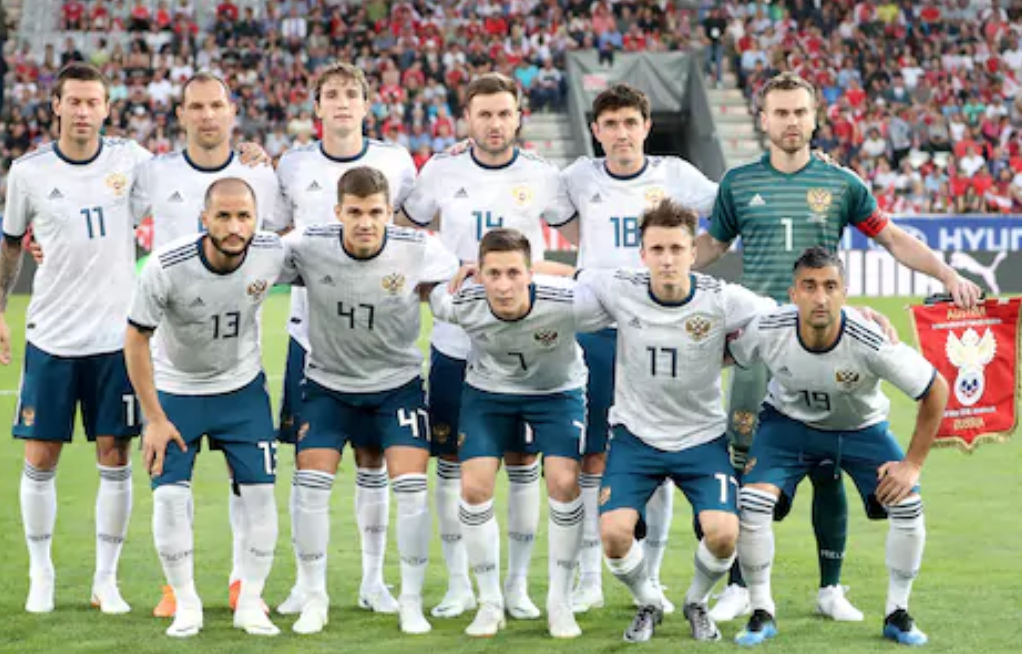 The 2018 World Cup is set to kick off on Thursday, June 14. Here is a breakdown of what to expect from the teams in Group A.

Russia- The host country goes into group play ranked 70th internationally (lowest in the competition), having failed to advance past the group stage of any tournament since 2008. Sbornaya have played 19 matches since Euro 2016 and won just six (against Ghana, Romania, Hungary, New Zealand, Dinamo Moscow and Korea Republic). They haven’t won a match since October 2017, and conceded 10 goals in four friendlies against Argentina, Spain, Brazil and France. Winning the right to host the World Cup was arguably the only way this team, possibly the poorest in the history of Russian football, would get a chance to play at this tournament. The 2017 Confederations Cup serves as the most test for Russia, who were stopped at the group stage after beating New Zealand but losing to Portugal and Mexico.

While Russia does have a promising striker up front in Fedor Smolov and continuity in goal with keeper and team captain Igor Akinfeev, the rest of the team is comprised of pedestrian role players who cannot be expected to perform at a high level on the international stage. Their defense has been consistently porous as manager Stanislav Cherchesov continues to tinker with the back line.

Will being the host country and playing in a weak division be enough to propel this Russian squad to the next stage of the Cup?

Saudi Arabia- Ranked slightly ahead of Russia in 67th place, Saudi Arabia qualified for the World Cup for the first time since 2006 with a second-place finish in their AFC qualifying group behind Japan. The Green Falcons squad mostly play for teams in Saudi Arabia and have little international experience. They will have the distinction of being the first Asian team to play in the opener of the World Cup, and their match against Russia might just be their best chance to garner group points.

Saudi Arabia is led by playmaker Yahya Al Shehri, who will be looking for striker Mohammed Al Sahlawi on offense. The squad, however, is rather unremarkable and has not been challenged internationally.  This Saudi team is on their third manager in a year, with each one tinkering with formations and strategies. As a rule, this rarely bodes well for a team needing to compete at such a high level of play.

Even playing in a weak group might not be enough for the Saudis, who will struggle to earn points on the international stage.

Egypt- With so much of the teams’ success literally riding on Mo Salah’s shoulders, his health on June 15th could well determine his country’s success in the group stage. While Salah and team management both say publicly that Salah will be fit to compete, the severity of the injury he suffered in the Champions League final would give pause to his fitness. At best, he might play some of the matches at less than 100%. Of course, teams will be aware of his limitations and play him physically. Salah is not expected to to be fit to play in their opener against Uruguay, and it’s hard to see him being an impact player in the group stage as a whole.

With Salah’s fitness in question, Egypt will rely on Arsenal midfielder Mohamed Elneny, who is just returning from an ankle injury he suffered in late April. Another position to watch is at goalkeeper, where starter Ahmed El-Shenawy’s torn ACL in April has forced 44-year-old keeper Essam El-Hadary into the starting role. Much is said about El-Hadary’s upcoming history-making appearance as the oldest player ever to compete in the World Cup, but at age 44, will he be effective enough for the Pharaohs to advance out of group play?

Uruguay- Playing their group stage matches against Russia, Saudi Arabia and Egypt, 17th ranked Uruguay could not have dreamed of such as favorable group to compete in. Of course, expectations will be high in group play, and the temptation of playing down to the level of the competition is always a possibility. b\But La Celeste are a veteran team managed by Oscar Tabarez since 2006, and one would expect Uruguay to avoid the temptation of looking beyond the group stage and focus on their current opponent.

They are led by team captain and defender Diego Godin and Jose Maria Gimenez, who also anchor the back line of Atletico Madrid. Uruguay has a star-studded offense, with Luis Suarez and Edinson Cavani their primary goal-scorers. If La Celeste have a weakness, it is their midfield, where some changes have been made but is still considered to be average at best. One key factor in Uruguay’s favor is that none of their starters are suffering through any injuries heading into group play.

Prediction– There is little doubt that Uruguay will win Group A and advance to the round of 16. Look for Saudi Arabia to finish at the bottom of the group, leaving host country Russia and Egypt to battle it out for who finishes second. While it will be close, look for Russia to advance to the next round, edging out an injury-plagued Egyptian team.