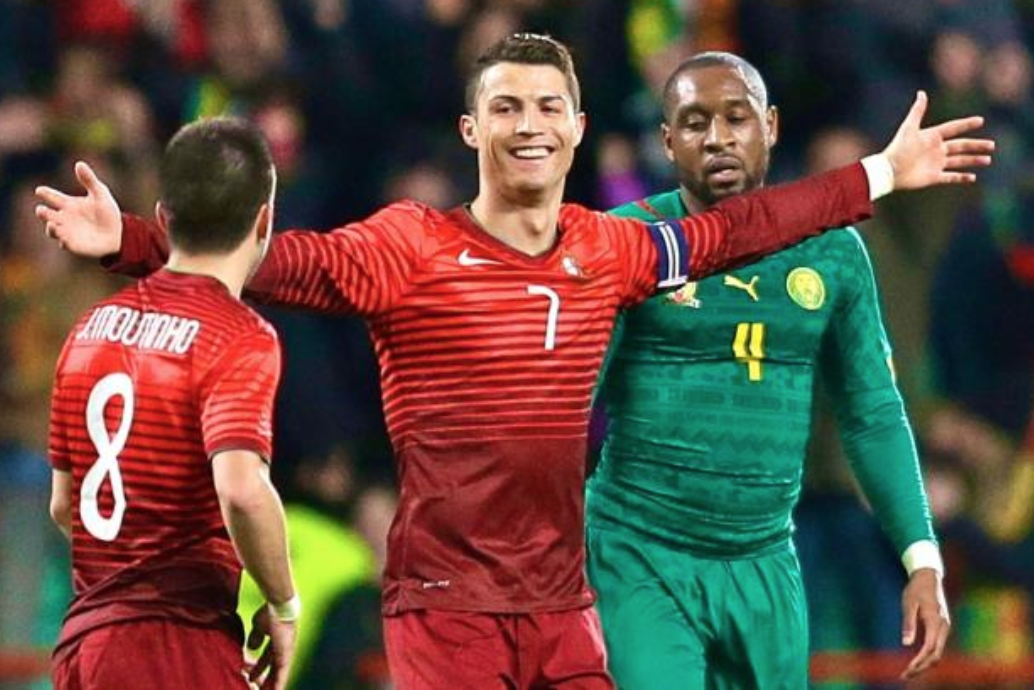 The 2018 World Cup is set to kick off on Thursday, June 14. Here is a breakdown of what to expect from the teams in Group B.

Portugal- The Navigators have proven they have the mettle needed to win major international tournaments after they won the 2016 European Championship, upsetting hosts France in the final despite an early injury to Ronaldo.  Yet since their entrance into the competition in 1966, this European powerhouse has never hoisted the Cup. With a current FIFA ranking of 4th internationally, could this be their year?

Portugal will take a highly experienced squad to Russia, with each player knowing what their role is within the team.  Pepe is a physical presence on defense, Joao Moutinho adds passing skills to the midfield, and newcomer Andre Silva will provide support for Cristiano Ronaldo in the attack. At age 33, Ronaldo’s hopes of winning the World Cup with Portugal are running out. Coming off another Champions League victory with club team Real Madrid, look for CR7 to shine up front. Coach Fernando Santos took over the squad in 2014 and has improved the back line to support Ronaldo and the offense.

With Ronaldo possibly appearing in his final World Cup, this team will be highly motivated to advance deep into Cup competition.

Spain- Ranked below Portugal in 10th place, La Roja goes into the competition as one of the early favorites. Having made 14 World Cup appearances since 1934, they last won it in 2010.  Following a disappointing showing in Euro 2016, manager Vicente del Bosque stepped down and was replaced by Julen Lopetegui. Since that time, Spain seems to be reinvigorated, combining youth and experience for a more balanced squad.  They qualified for Cup play with nine wins and a draw against some of the better European teams and seem ready to face whatever opponent lies ahead.

Key to Spain’s style of play is midfielder Andres Iniesta, who at age 34 is probably playing in his last Cup competition. Having just left a storied career at Barcelona for the J-League in Japan, Iniesta might have lost a step or two in terms of speed, but his laser passes in support of the offense is unparalleled. With David De Gea in goal, and Sergio Ramos and Gerard Pique anchoring the defense, the one weak spot might be at central striker. The hope is that Atletico Madrid forward Diego Costa can fill the center spot.

For Spain, anything less than advancing deep into Cup play will be considered a failure.

Morocco- Most of the attention paid to Morocco recently has pertained to their status as a finalist for the World Cup location in 2026 (along with North America), with the vote to be held on June 13th.  But for Morocco, it’s been 20 years since they competed in Cup play, so they’ll want to focus on their play and not be distracted by their hosting bid.

The North African team features several promising young talents including midfielders Hakim Ziyech, Younes Belhanda, and their defense is anchored by Fenerbahce defender Nabil Dirar. They are capably managed by Herve Bernard, who has won the African Cup of Nations with Zambia in 2012 and Ivory Coast in 2015.

With a quick attacking tempo up front, the Atlas Lions are hoping to use that speed and a solid defense to successfully compete with the more-experienced Cup teams.

Iran- Iran will be playing their fifth World Cup, qualifying back-to-back for the first time. They went winless at the 2014 World Cup, but manager Carlos Queiroz has vowed Iran will “not go to Russia as tourists.”  The Iranians went unbeaten in 18 qualifying games across two rounds. In the last round, Iran didn’t concede a goal in nine games but finished with a 2-2 draw against Syria. Of course, they will be facing tougher competition in Russia than in the Asian (AFC) qualifying matches.

Their Iranian player to watch is Sardar Azmoun, who plays for Rubin Kazan in Russia. The 23-year-old forward emerged as a scoring threat at the 2015 Asian Cup and has already bagged 23 international goals, ranking him 5th among Iran’s top goal scorers. Since going winless at the 2014 World Cup, veteran Portuguese manager Carlos Queiroz has rebuilt his squad with younger players in the hopes that they can propel Team Melli beyond the group stage of play.

Prediction– With only two teams advancing to the next stage of play, the only real question in Group B is whether Spain or Portugal finish in the top spot, with the other team taking 2nd place. Indications are that Portugal will take the top spot based on goal differential, with Spain right behind them in second. Look for Iran to perform slightly better than they did in 2014 and finish in the 3rd spot, with Morocco rounding out Group B in last place with a point.