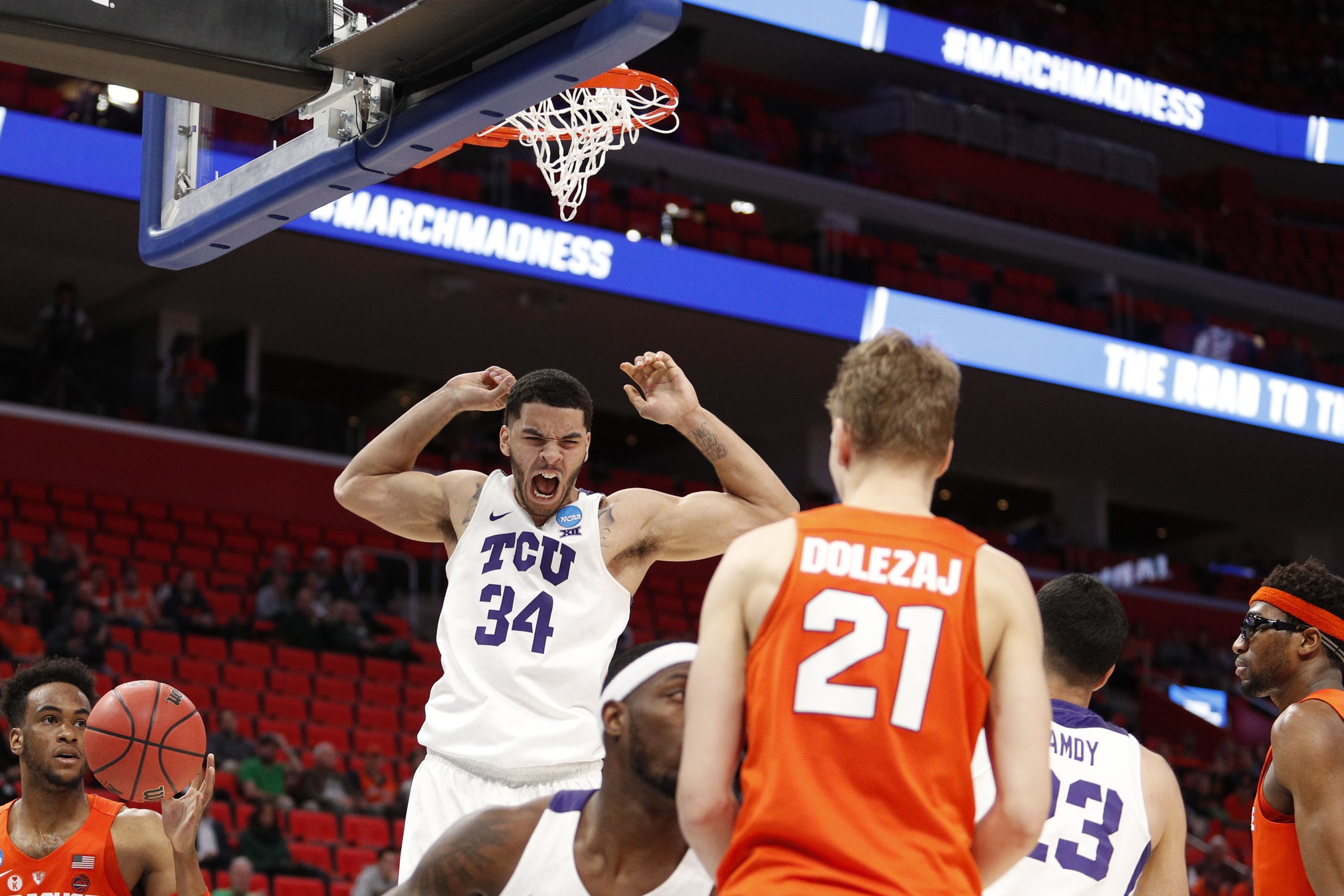 Williams has a wonderful story. As a freshman, he balled at New Mexico Junior College before being recruited to a TCU team that had just gone winless (0-18) in the Big 12. I became aware of forward Kenrich Williams a little over a year ago when I watched the 2017 NIT at good old Madison Square Garden in New York City. While it may be the butt of a lot of jokes among college basketball fans, every year there are teams that could’ve, should’ve or would’ve gotten into the big dance, who instead end up showcasing their skills in the National Invitational Tournament. Last year’s championship game featured two players who will, in all likelihood, both be selected on draft day. Josh Okogie’s Georgia Tech squared off against Kenrich’s TCU Horned Frogs, where Williams and company would go on to claim the school’s first NIT crown. Most impressively, Williams had missed the whole year prior, bouncing back in a big way with 19 double-doubles in 37 games, including one triple-double and the NIT MVP award. During those five tournament games, the triple threat from Texas Christian University averaged 15.6 points (56.9 FG, 44.4 3Pt, 75.0 FT) on 10.2 shot attempts per game to go along with 12.0 rebounds, 1.8 steals, and 5.0 assists to 1.0 turnover. It was a sign of things to come in Williams’ senior year, particularly in terms of his improved playmaking (3.9 assists to 2.0 turnovers). He ended his final college campaign with just 13 double-doubles (across 32 contests), but he continued to round out his game while leading the Horned Frogs to an NCAA Tournament berth for the first time in two decades.

Jared Dudley feels like a fairly reasonable yet optimistic professional comparison for Kenrich Williams. Like Kenrich, Jared was never an elite athlete who jumped out of the gym, but his ability to do a little bit of everything, including the subtle stuff that help good teams win close games, has been on full display since his days back at Boston College. Both boast strong upper and lower bodies and loads of basketball savvy, though neither offers all that much in the way of wingspan (6-7).

If Williams sticks in the league, he will be one of a select few guys with a wingspan shorter than his height. However, for me the biggest question regarding Kenrich’s fit at the next level will be his positional flexibility on the defensive end. If he proves capable of sliding his feet with guards and wings, he could develop into a starter-level player, or at least a useful reserve.

Williams will likely be a target for teams beginning in the final third of the first round. Given that he will turn 24 years old before 2019, I’d be surprised to see a non-playoff club call his name. If you couldn’t tell, I’m probably a bit higher on Kenrich than most folks, so I wouldn’t be shocked to see him selected as early as 20 (Minnesota), 21 (Utah), 23 (Indiana), or 24 (Portland). If Williams slips beyond that, he’s a potential steal. Older prospects are often overlooked, and offer plenty of upside if they hit since there’s a good chance they’ll become restricted free agents when they are just entering their prime.