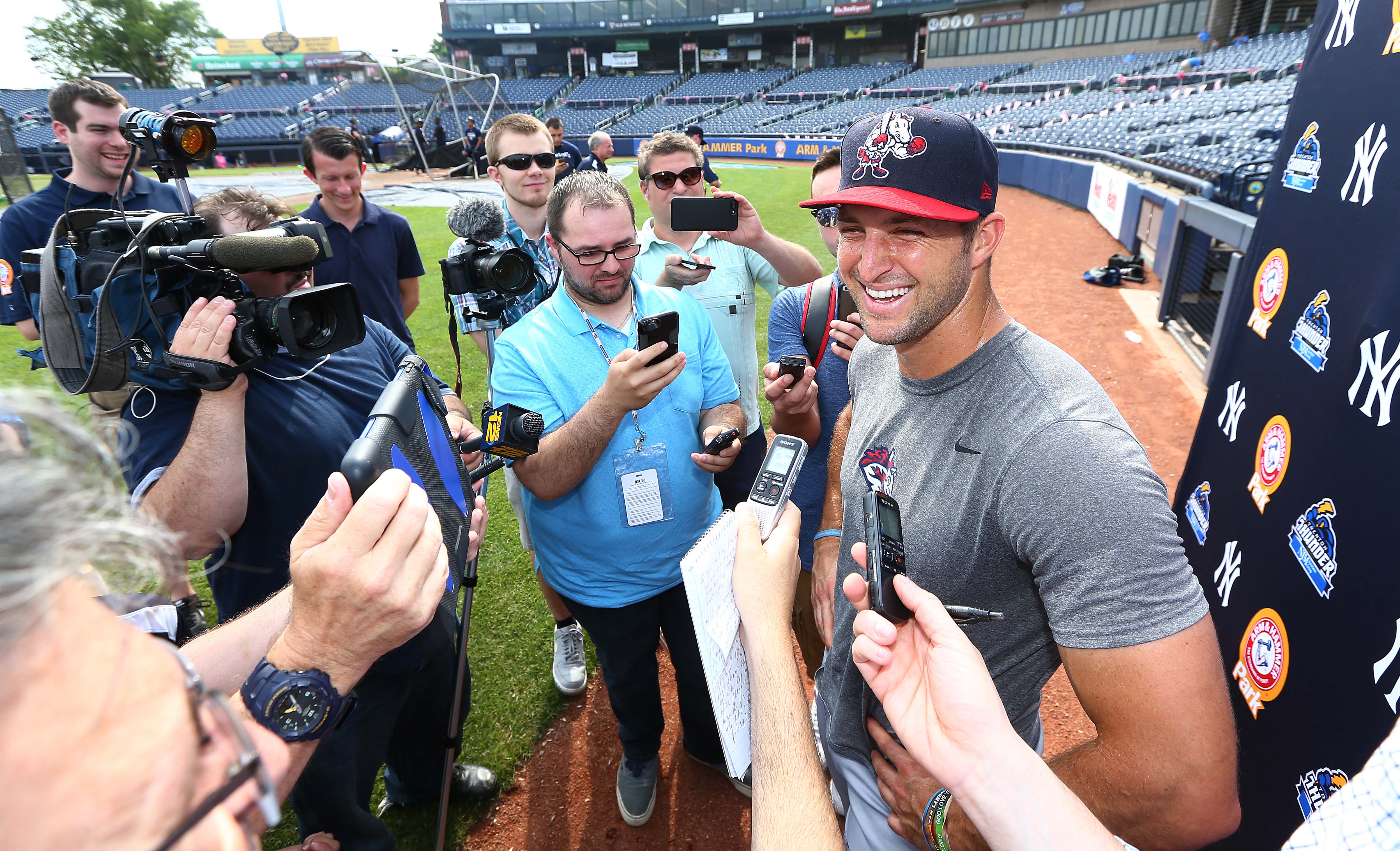 Tim Tebow has been subjected to some criticism from pundits who believe that his “Tebowing” gesture helped give rise to the anthem protests.

It’s a ridiculous theory, when you sit down and think about it, and Tebow really shouldn’t even be asked about it.

For some reason, though, that question was recently posed to him, and he had this to say about it (via Josh Peter of USA Today).

“I think that’s sometimes one of the things that’s a little bit sad is sometimes people will just try to create something that had zero truth,’’ Tebow said Friday before the New York Mets’ Double-A affiliate, the Binghamton Rumble Ponies, were set to play the Trenton Thunder. “I never did anything during a national anthem but stand and support my country. And then stories can get written and they can get put out of proportion so that you believe one thing when you’re asking me a question that was nothing that was part of the truth.’’

“A lot of people even think it was a touchdown celebration,’’ he said. “I never did it to celebrate a touchdown. I did it from my sophomore year in high school all the way through the NFL, that before and after games I would get on a knee to thank my Lord and savior, Jesus Christ, and also put things into perspective. …

“It was never something I did to take away from somebody else. It was just something I did with a personal relationship with my God. So I think that’s just sometimes disappointing when things get taken away from the truth and then it’s just created into whatever somebody wants it to be.’’

Well said by Tebow, who is an eloquent speaker and does a good job of making his words count.

Because, quite frankly, even linking him to the anthem protests is absolutely ridiculous.

Hall of Very Good 54m ago