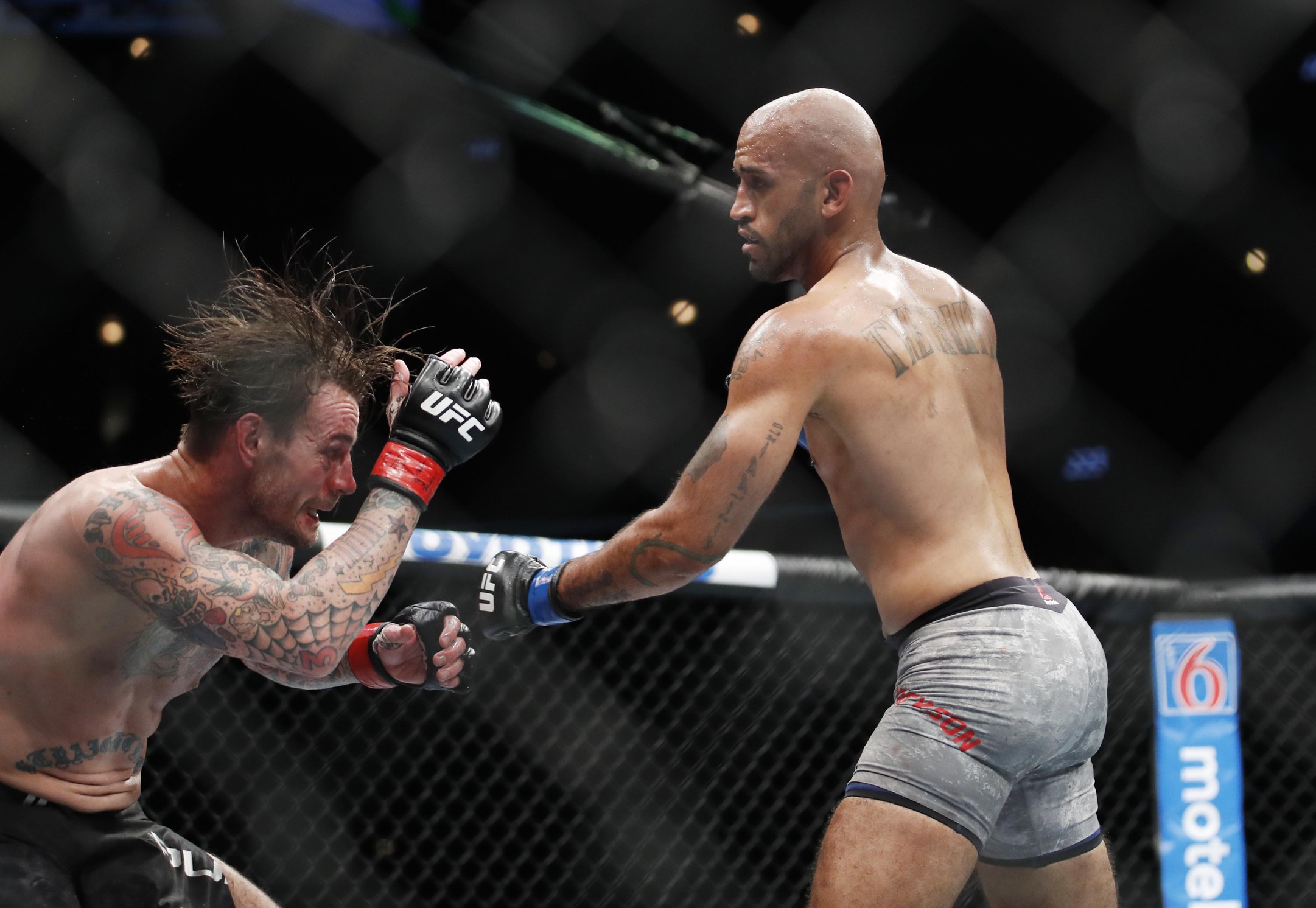 Say what you want about CM Punk, but one thing is for certain – the man has heart and is fearless.  The former WWE star made his second foray into the octagon tonight in his hometown Chicago, and while outcome was the same – an L – he lasted quite a bit longer.

Punk started his fight against Mike ‘The Truth’ Jackson aggressively, throwing punches and kicks at the journalist/sometimes fighter.

ON THE ATTACK!@CMPunk shows the aggression early on PPV. #UFC225 pic.twitter.com/uV75aycNkd

However, Punk’s inexperience and sloppiness on his feet became apparent fairly quickly, as Jackson lit him up with strikes, bloodying him up at the end of Round 1 (however, Punk did land a takedown that round).

Things didn’t get much better for him as the fight progressed, as Jackson peppered Punk with strikes and ground and pound.  The fight only lasted the full 15 minutes – yes, Punk made it to the decision – because Jackson was toying with him and made no real effort to finish the fight. And because Punk proved to be incredibly durable and tough, as he was a bloody mess, was winded, and was staggered by quite a few punches.  He didn’t, however, stop fighting.

The judges rewarded a 30-26 decision to The Truth, hopefully ending both men’s UFC careers.