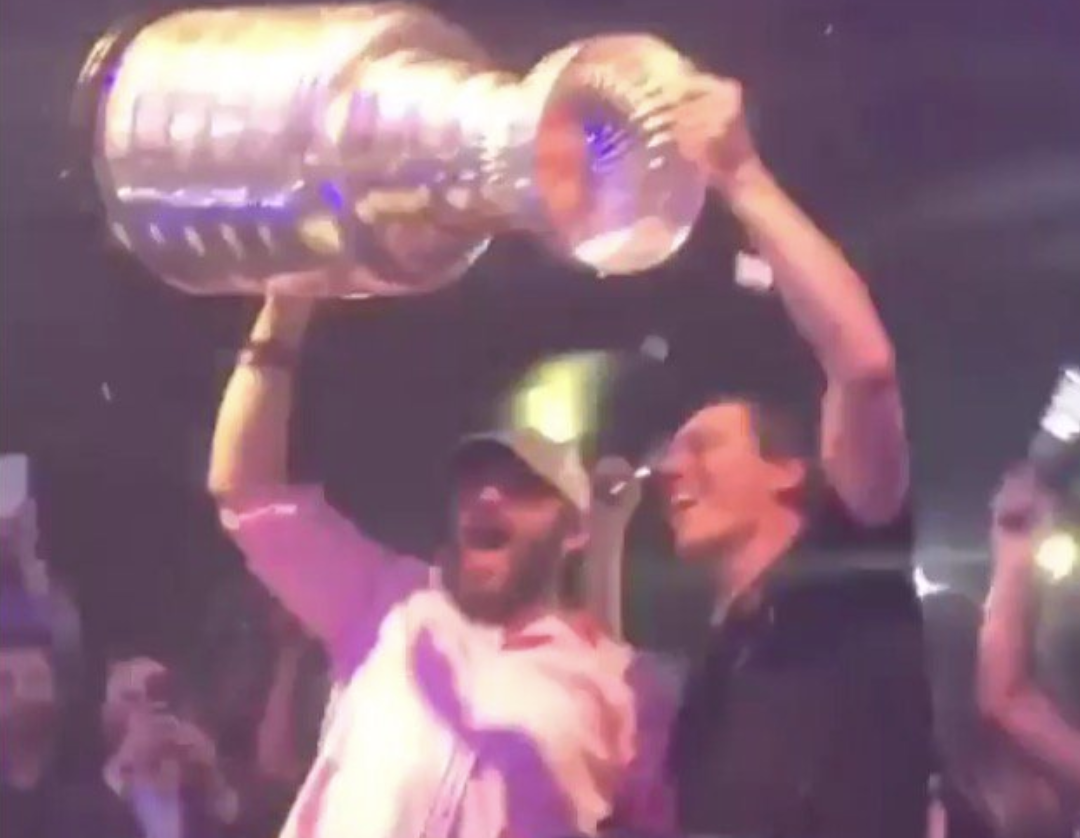 It’s now officially the Summer of Ovie, with the Capitals star having won the first Stanley Cup of his career.

It didn’t take long for Ovechkin and his teammates to begin partying with the cup, either.

Ovie was seen partying it up with Tiesto at Hakassan in Las Vegas, with the two friends having some fun with the Cup.

Not only did I get to see Tiesto perform tonight, but I saw Alexander Ovechkin bring out the Stanley Cup! Vegas is litty 🤘🏽😫 pic.twitter.com/OPYriDzmqg

Wish we were there for the festivities, seemed like an awesome time.