Yoenis Cespedes Doubles Twice in Binghamton, Ready To Come Back To Mets (Except For One Thing) 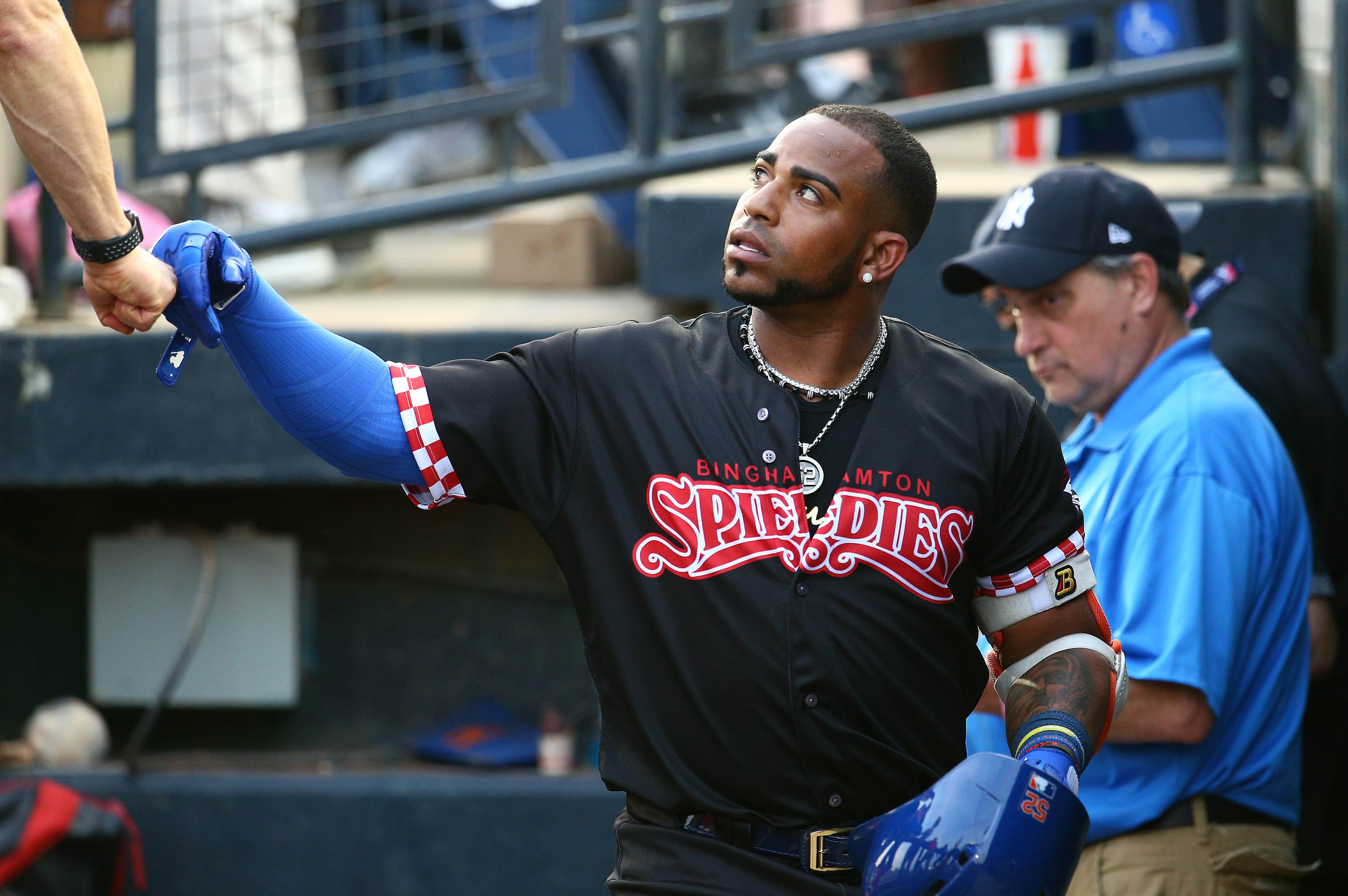 Yoenis Cespedes Doubles Twice in Binghamton, Ready To Come Back To Mets (Except For One Thing)

Yeah, it’s my lede and I’ll bury it if I want to. Yoenis Cespedes did double twice in Binghamton for the Rumble Ponies in his rehab game. Did that make it a good night?

When I saw Cespedes had been pulled after doubling twice, I thought, wow, maybe they had seen enough and #Mets would activate him for Sunday night v. #Yankees. But that is not how it goes for NYM. Instead, it was due to tightness in his quad, re-evaluated tomorrow

Cespedes had said yesterday that he wasn’t going to be able to fix everything that is wrong with the Mets. I guess this is God’s way of saying he shouldn’t even try, because it’s hopeless. Just plain hopeless.