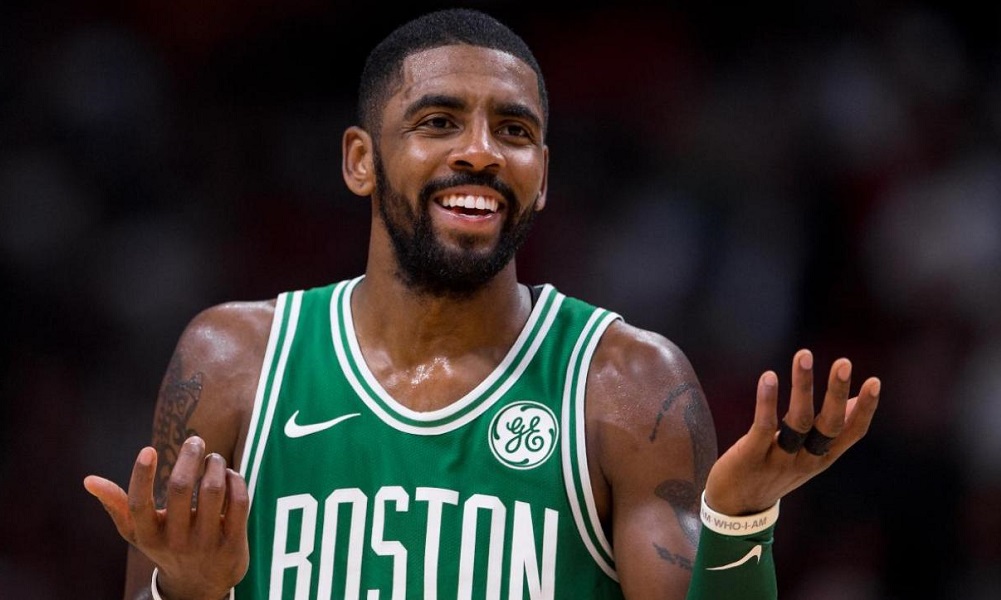 A lot of N.B.A. players are getting into the film business. Is this something you’re interested in on a long-term basis?

I would say so. I think more in a creative aspect, behind the scenes [in] production, ownership, and really just building something that I can be proud of or collaborating with other great people. I’m really a big fan of creative expression, whether it’s acting, music or seeing art.

Do you feel you have to find ways to challenge yourself? Do you get bored easily?

No, I wouldn’t say that. I just have interests outside the game of basketball and I try to further those by becoming more knowledgeable and turning it into something I can be proud of or be a part of with other great people. I think that being in the N.B.A., it definitely has a tremendous amount of commitment, as well as accessibility to a lot of different avenues.

You seem to really thrive on being different. You have a “Friends” tattoo on your arm. In this film, the makeup makes you unrecognizable. There aren’t many professional athletes who write and direct their own commercials. It doesn’t seem like you like following the crowd, do you?

[Laughter] I think trends, they’re great. Sometimes they’re culturally progressive and can breed originality. [But] how I think in terms of who I am as a person — it’s taking great things that I’ve learned and making them my own and moving on in life. It’s evolution, man.

New York Times: Kyrie Irving Doesn’t Know if the Earth Is Round or Flat. He Does Want to Discuss It.

As if we didn’t know it already, Kyrie is a little bit Out There. He is the Weird Celtic that Weird Celtics Twitter needs. And this interview with Sopan Deb, Times culture reporter and Celtics superfan, does nothing to change that perception.

After talking about Kyrie’s interest in acting and films (“Uncle Drew” is coming out soon), the second half of the discussion spiraled into a long back-and-forth on Kyrie’s opinion about the shape of the earth. By now, I’ve heard way more on that subject than I’ve ever wanted to. I bet you have too.

Something else that surfaced was actually not in the final article.

Now, while that probably isn’t the most reassuring answer to many Celtics fans, you have to consider the source. Irving’s very nature is to be ambiguous, and such a response to a question like that really should be treated as par for the course. That said, if you are able to step back and live in the now like Irving implores you to do, you probably can take some solace in the fact that his mind right now is on winning a title next season. Time will tell what the future holds for Irving in Boston, but suffice to say this probably isn’t the only time we’re going to get answers like that from him about his future in green.

That’s true. Kyrie will get maximum value by waiting until after next season to sign a new contract, rather than signing an extension this off-season. If he talks now about a long-term future in Boston, he might be giving away leverage.

Back to the interview: Personally, I would’ve asked what Kyrie thinks of the LeBron-to-Boston hot takes. That subject didn’t come up in the Times, but the Globe’s Chad Finn offered some thoughts.

I recognize that there are some, well, complications here. There’s the Kyrie/LeBron factor – and wouldn’t it be something if LeBron were so ruthless that he identified Boston as the place to be in part to gain revenge on Irving for leaving Cleveland? It’s silly, sure, but there’s a lot of stuff about the NBA that’s silly and also hilariously real. Ask Bryan Colangelo about that.

Hey, I do get why some Celtics fans don’t want LeBron. Loathing him, at least as a rival, is ingrained around here. And the Celtics finally seem to be on the path to conquering him in the next year or two. Why let him join you when you might just be able to beat him?

Plus, this Celtics team is as likable as it is promising. Ignoring sentiment and trading Thomas after the fun 2016-17 season was one thing – yeah, that was a fun team, but they weren’t winning a title. It feels different with this group. Let’s see if they can hang a banner and become a Celtics team forever remembered.

That notion makes sense. But … it’s LeBron, man. The best there has been, still in his prime at 33 years old. If he comes here, he’s bringing Banner 18 with him. You may loathe him now. He’s given you reason to feel that way, multiple reasons over many seasons, from Game 6 of the 2012 Eastern Conference Finals on, really.

But once he puts on that green and white, once the old enemy puts on your colors … well, let’s just say you’d love him the moment Eddie Palladino introduces him as a member of the home team at the Garden in October, and good health willing, all the way through the parade in June.

Boston.com: Should the Celtics pursue LeBron James, given the likely cost?

These are almost exactly my feelings too. I don’t want LeBron because I want to beat him. If he actually did come here, I’m sure I’d warm up to him. But it would feel wrong, like David Ortiz joining the Yankees or Tom Brady signing with the Jets. Just wrong.

And there would always be regret that the promising Celtics unit that started the season last October never got a chance to show their stuff.

It feels different with this group. Let’s see if they can hang a banner and become a Celtics team forever remembered.

Run it back this fall with the same roster, or close to it, and keep everyone healthy for literally more than five minutes. How sweet would that be if they could shock the world? I might even believe the earth is flat.

On Page 2: Have a nice trip

Allen, who finished his career at Duke as the school’s 12th all-time leading scorer with 1,996 points, is well-versed on the questions that are sure to come about regarding the tripping incidents he was involved with at Duke.

And while he knows he has to do a better job of maintaining a better level of control while remaining intense, he says he’s not planning to change the way he plays.

“Every single team so far has looked at it as competitiveness,” Allen said. “Nobody has like scolded me for it or anything like that. I obviously have to talk about it and talk through it, and say that where it comes from and what I’m doing to improve my emotions on the court and stuff like that. At the end of the day, I’m not getting rid of that because teams want a competitive and emotional guy out there. You just have to control it. But they want a guy who brings fire.”

NBC Sports Boston: Will Grayson Allen’s trip to the NBA wind up in Boston?

Celtics director of player personnel Austin Ainge called Allen a “great shooter” who “scored a lot of big baskets.” He said the team is not worried about the concerns surrounding his character. Ainge said he spoke with Celtics forwards Jayson Tatum and Semi Ojeleye — who both overlapped with Allen — and the players had nothing but positive remarks. Ainge also spoke with former Duke basketball guard Nick Pagliuca (son of Celtics co-owner Steve Pagliuca).

“Nick Pagliuca gave us the thumbs up on Grayson, so that’s all I needed,” Ainge said. “We’re good on him. All the character stuff, Nick gives us two thumbs up.”

Boston.com: What Duke’s Grayson Allen had to say after his pre-draft workout with the Celtics

There’s no shortage of hate for the Celtics among other fan bases, so just imagine what the reaction would be if Boston were to draft Grayson Allen. The Duke senior is a high-energy combo guard with an optimistic scouting report for NBA success.

However, Allen is best known, frankly, for being a dirty player. The multiple episodes of tripping opponents got him suspended from the Duke team. Someone who is high intensity and doesn’t always make good decisions – sounds like Marcus Smart, actually, which could be good, could be bad, depending on your point of view. But Red Auerbach always did like instigators.

Have to say Duke's Grayson Allen came across as pretty smart, engaging & personable, while being quick to admit he likes to irritate people. Kind of reminds you just a little of someone. #Celtics pic.twitter.com/oi1QdY8E0H

Related – MassLive: Boston Celtics draft 2018: Celtics have narrowed selections at No. 27 to about ten players  |  Herald: Celtics draft prospect Grayson Allen made a living at being an irritant at Duke

This actually happened in a span of a few minutes during last night’s second quarter. Skeets is co-host of The Starters on NBA TV and apparently has a thing for the ball getting wedged between the hoop and backboard. And this is a bit spooky.

We haven't had a #wedgie since April 30th! The Warriors *did* ruin basketball.

SPEAK IT INTO EXISTENCE!