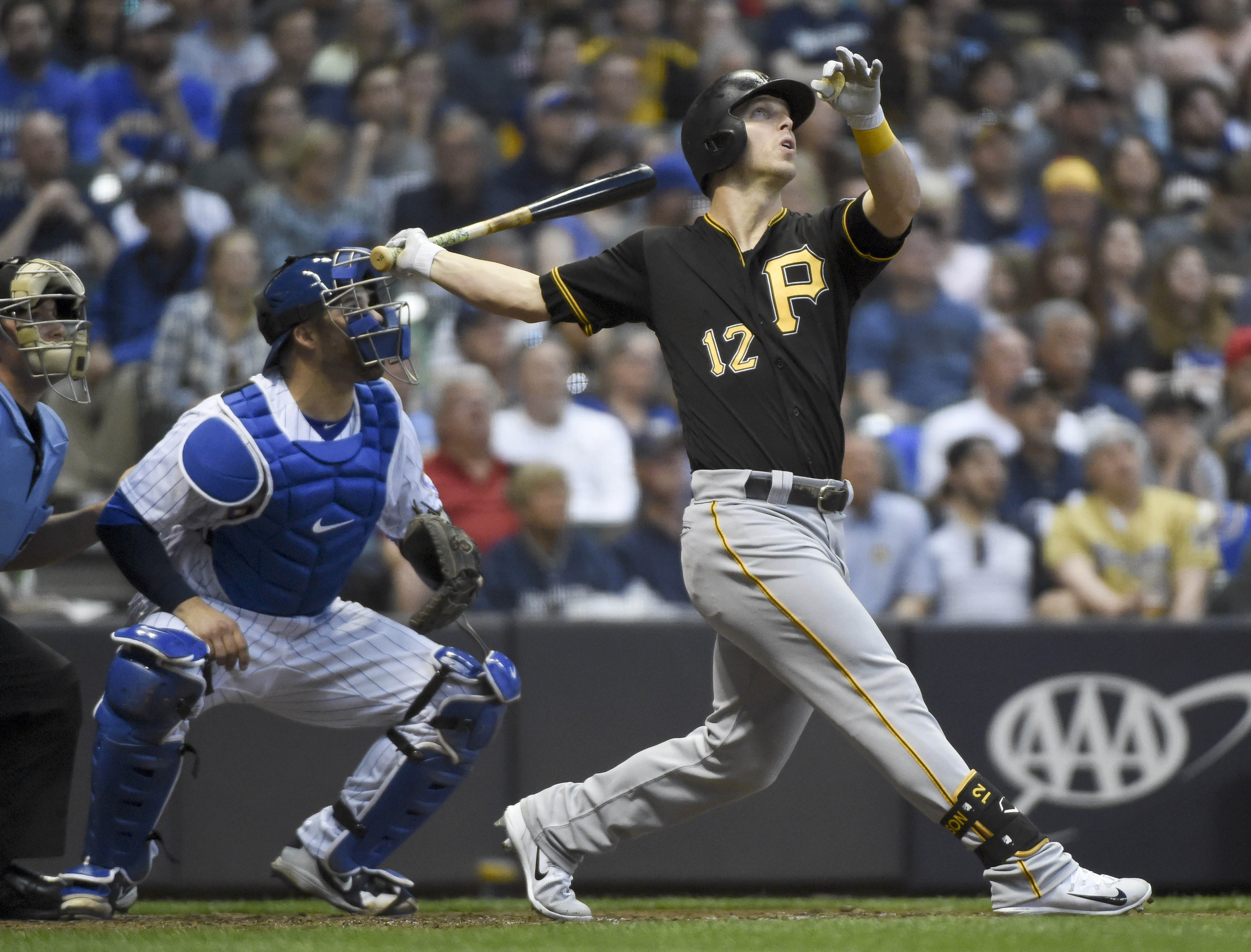 Welcome to this week’s fantastic edition of Stock Report, presented by Pirates Breakdown. The Pittsburgh Pirates woes on the field continue, as they won just one of their six games against the St. Louis Cardinals, Los Angeles Dodgers and Chicago Cubs.

The Pittsburgh Pirates’ record has fallen to 31-33 as the losses continue to pile, but there have been some players still performing well. Let’s take a look at two players who had great weeks and two that have help to contribute the the recent stretch of losses.

Even though he did not see any at-bats in the June 3rd loss to the Cardinals, Corey Dickerson put together a very productive week even though the team struggled. He went seven for 16, including three singles in four at-bats in the team’s 11-9 victory over the Dodgers, a contest that also saw him score four runs. Dickerson was able to extend his hitting streak to eight games, so he continues to be one of, if not the most consistent hitter in the lineup for Clint Hurdle. While he is a little behind the home run pace of last year, if he continues to hit like he has been for the rest of the season Dickerson could set a career high in batting average and on base percentage.

Since he returned from the disabled list, Josh Harrison has been hitting the ball very well. In the last week Harrison went seven for 17 with one of those hits going for extra bases. His most productive game last week came, like Dickerson, in the 11-9 win over Los Angeles. He reached base safely three times, scored once and drove three runs across the plate. Harrison missed Saturday’s game due to a personal matter, so hopefully all is well with him and he will be able to rejoin the lineup soon.

With the return of Jung Ho Kang happening in the next few weeks, Sean Rodriguez should be the number one candidate to be removed from the roster when it comes time to make that decision. Rodriguez, who inexplicably has started 25 games this season, saw his struggles continue last week. He collected just one hit in 12 at-bats, a single in the club’s loss win against the Dodgers on June 6th. His production at the plate has been stalled almost all season and he has just three hits (one being a double) dating back to May 19th. If the team hopes to climb back into the discussion for the division, they need to roster the best 25 players. And right now, unfortunately Rodriguez is not one of them. His season slash line of .162/.279/.305 is indicative of that.

Michael Feliz continues to be one of the more unreliable arms in the Pittsburgh bullpen. Appearing in just two games, two thirds of an inning on June 3rd and two innings on June 7th, Feliz gave up three runs (all earned) on four hits (one home run) and he walked three and struck out two over those appearances. Feliz now has given up at least one run in every appearance since May 23rd and in four of the six appearances he gave up multiple runs. Since May 20th when Feliz had a season low 2.70 ERA, he has seen it balloon to 6.31 over those six and two third innings of work. Feliz may need to be moved into a full time mop up role since he increasingly is becoming more and more of a liability when on the mound.