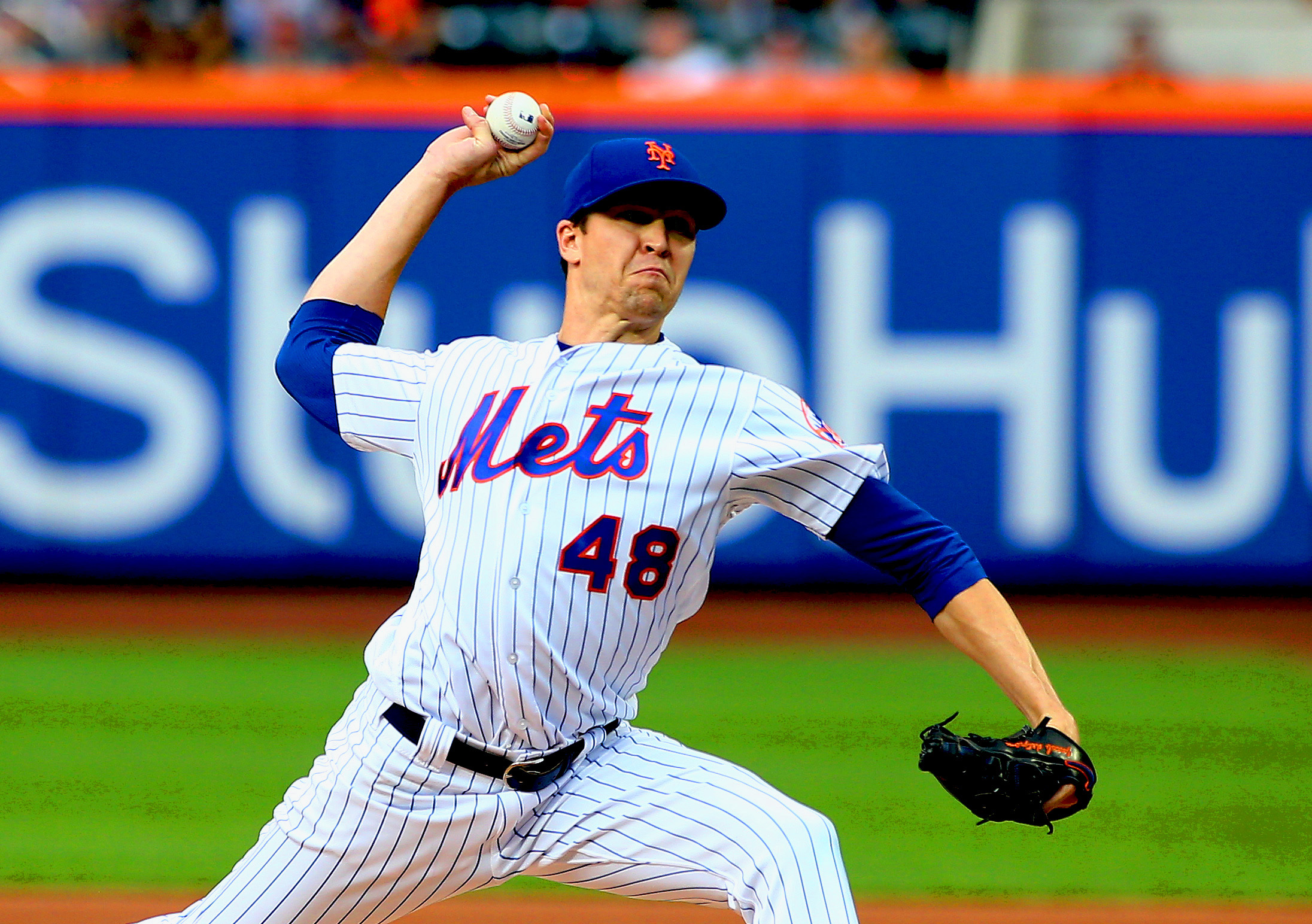 Things have been extremely lousy for the New York Mets of late, as they have wasted an 11-1 start to the season by playing some of the worst baseball in the league for two months. Aside from having Jacob deGrom and Noah Syndergaard at the top of the rotation, its hard to say what the Mets do well as a team, which is a problem for a roster featuring few young position players with potential to help anchor the team’s lineup for the long term. That predicament, along with a weak trade market for starting pitching, has led to chatter that the Mets should trade either deGrom or Syndergaard for a haul of young players to help start a rebuild. That idea has some merit, but it isn’t the answer for a New York franchise.

The first problem is that it sets a dangerous precedent for the franchise. deGrom and Syndergaard are both under team control for several years before they can hit free agency, meaning they are getting underpaid relative to their performance, making them very attractive to teams around the league. That quality should also make them attractive to the Mets, who need to build around these two instead of trading one of them away for young players. The Arizona Diamondbacks won the World Series in 2001 behind a rotation anchored by two aces in Randy Johnson and Curt Schilling, and there’s no reason the Mets can’t do the same if they keep deGrom and Syndergaard for the long term.

Dealing one of their two aces now would get the Mets prospects, but it would also allow the franchise to duck paying them big money in the long term. That is the kind of motivation that teams like the Miami Marlins, Tampa Bay Rays, and Oakland A’s use to justify trading away elite talent for prospects. The Mets play in the biggest media market in the country and have a profitable stadium, television network, and investment in an e-Sports franchise. There is no excuse for the Mets to behave like the Rays, Marlins, and A’s by dealing away players so they don’t have to pay them.

Another problem is the fact that trading away star players doesn’t always guarantee you will get a prospect that will turn into a star level player in the future. Let’s take the A’s for example, who decided to tear down after going for it in 2014 by trading third baseman Josh Donaldson to the Toronto Blue Jays. Donaldson, who was 28 at the time of the trade and had four years of team control left, was dealt for Brett Lawrie, Kendall Graveman, Sean Nolin, and Franklin Barreto. Toronto has reaped a huge reward from the Donaldson deal, as he won the MVP in 2015 and has produced a 21.5 WAR (Wins Above Replacement) as a Blue Jay. The A’s have gotten a combined WAR of 4.6 from all four players in the deal, mostly on the strength of Graveman developing into a back of the rotation type starter. Only Graveman and Barreto are still with Oakland at this point, with Barreto (who was 18 at the time and considered to be the best prospect Oakland got in the deal) struggling to adjust to the bigs now.

This isn’t to say that the Mets shouldn’t listen to offers for their aces. If someone wants to blow them away with a deal they can’t refuse, the Mets should strongly consider taking it. That would come with the caveat that the Mets should receive close to fair market value for a guy like deGrom, who is one of the top five pitchers in baseball. If the New York Yankees wanted deGrom, for example, the Mets should insist on a package that includes Gleyber Torres and two of Justus Sheffield, Clint Frazier, and Miguel Andujar. The Yankees would never agree to a deal like that, and unless some team offers a deal like that it makes no sense to trade deGrom for a collection of B level prospects.

The smartest play remains to build around their pair of aces now by locking them up long term and investing in young talent through the draft, internationally, and in free agency. The obvious move is to add Manny Machado to the roster, and their is no financial reason the Mets can’t do that. It comes down to a willingness from ownership to invest in the necessary pieces to improve the team so they can win while deGrom and Syndergaard are in their prime instead of simply slapping cheap bandaids all over the roster.