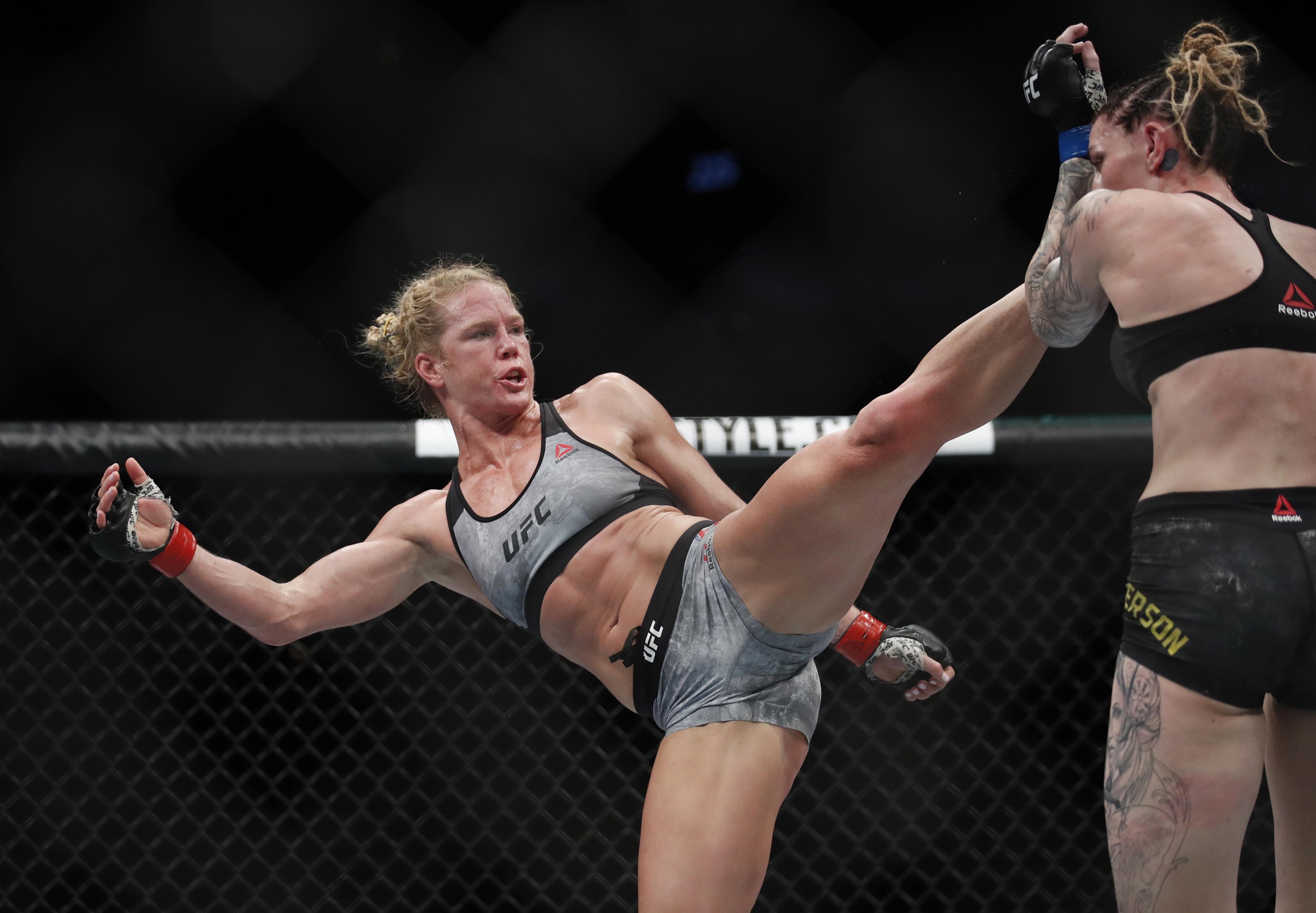 There are levels to this MMA game, young Megan Anderson learned tonight in Chicago, and Holly Holm is currently on a different level.  Despite being greatly outsized (in height, length & weight), Holm dominated Anderson.  After being caught by an early knee to the head by the Aussie in Round 1, Holm shut her down the rest of the way.

Clinches against the fence, four takedowns, and nasty ground and pound was the order of the day for the former bantamweight champion, as she made Anderson look like a fish out of water on the ground, pounding her way to a 30-27, 30-26, 30-26 victory.

The backflip is back! @HollyHolm #UFC225 pic.twitter.com/ZJzcbceT0R