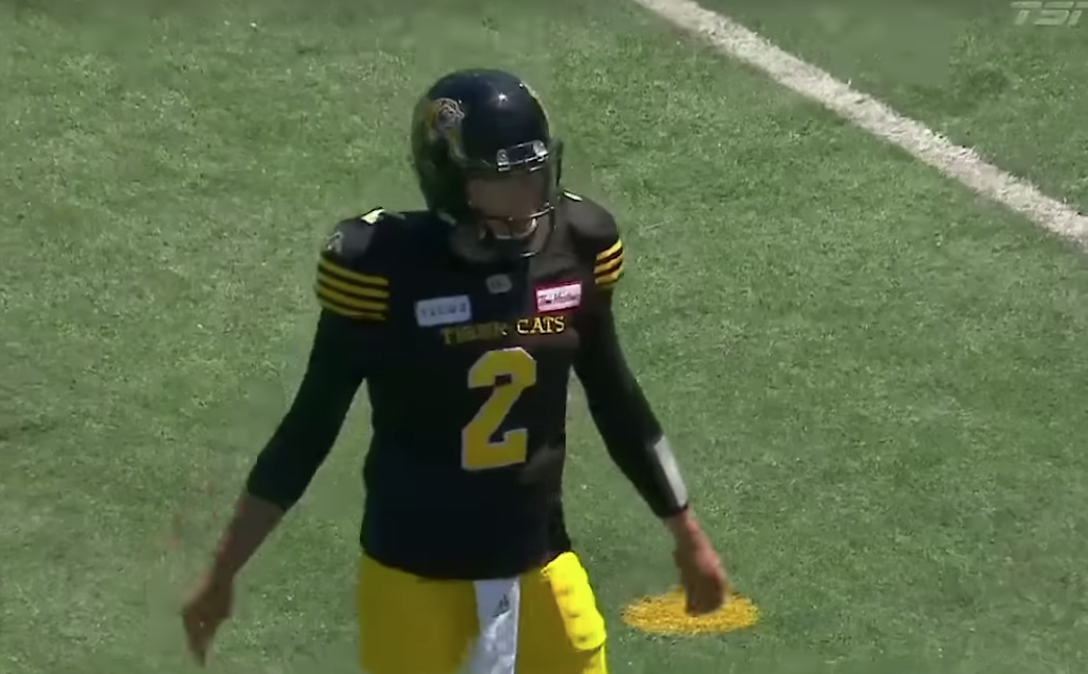 Johnny Manziel played in his second-ever CFL game over the weekend, when the Hamilton Tiger-Cats squared off against the Montreal Alouettes.

It was an exhibition game, which the Tiger-Cats were able to emerge victorious in.

As for Manziel, he put together another solid performance. completing 12 of 20 passes for 88 yards.

Not only that, he was able to throw the first touchdown pass of his CFL career — a three-yarder to former Packers running back Alex Green. Two of Manziel’s receivers fell down on the play, but he still managed to throw a dart to the corner of the end zone for the score.