Your Morning Dump... Where everyone is on LeBron watch 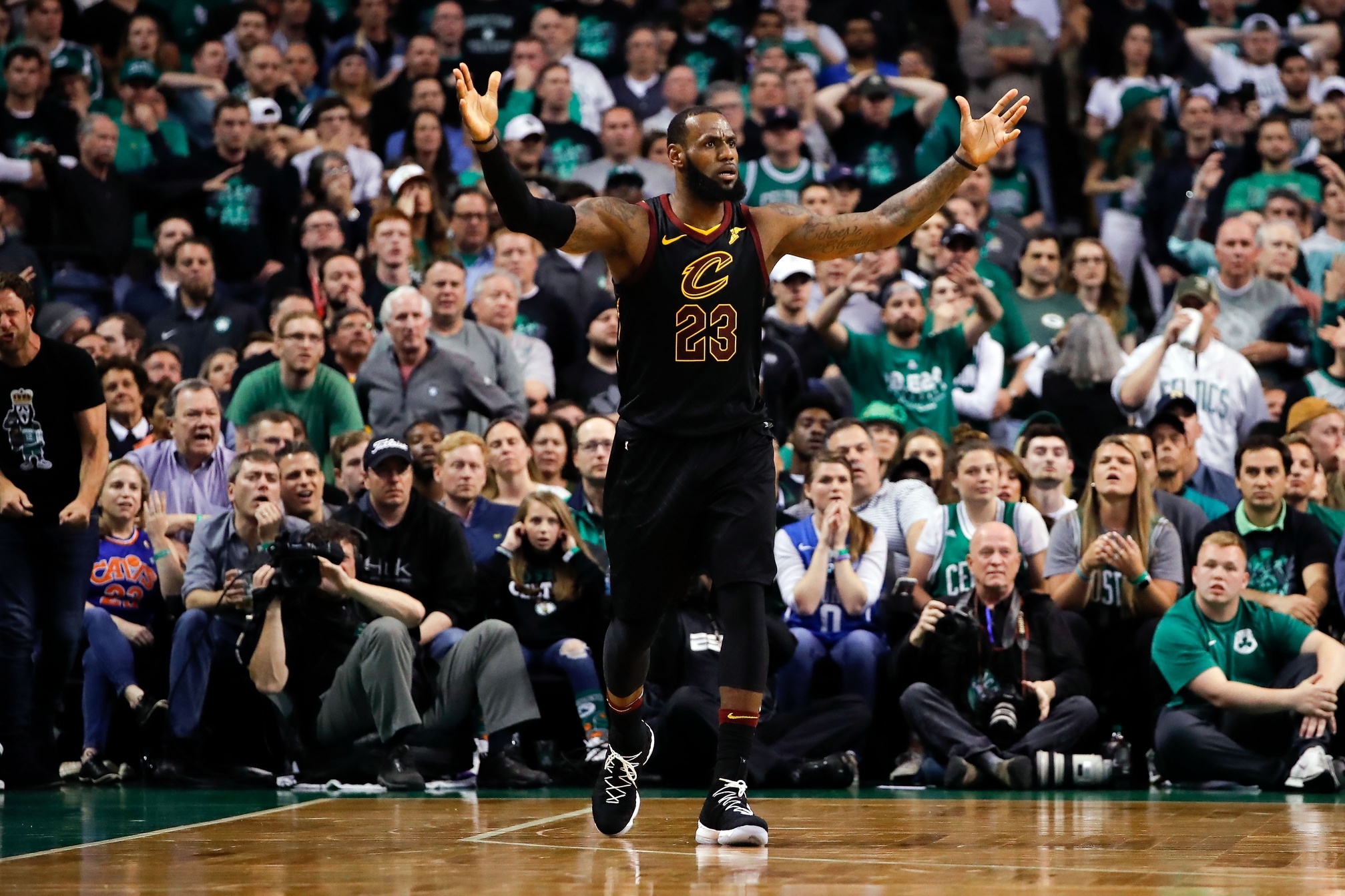 Your Morning Dump... Where everyone is on LeBron watch

Let’s begin with the fact that I get the feeling the C’s are concerned with the effect if they were to even ask Kyrie Irving how he’d feel about a reunion. Then, if that bridge were crossed, there is the issue of how to fit James onto the roster financially. Word is he ain’t interested in taking shorter money, so there go the mid-level exception fantasies. The Celts would have to make a deal with the Cavaliers, and logic says the only big contract they’d be willing to give up is Al Horford’s. (And we don’t think there’s any way Jayson Tatum or Jaylen Brown would be involved.)

So let’s just say that, because nothing is ever too crazy in the NBA, it’s probably best to keep this in the far back of the mind until further evidence presents itself — if it ever does.

If the Celtics add LeBron, they’d be making themselves better now – while the Warriors and Rockets are also loaded – while not being as potentially dominant a few years from now when the competition may be less daunting.

“The one thing that I’ve always done is considered, obviously, my family,” James said Friday night. “Understanding especially where my boys are at this point in their age. They were a lot younger the last time I made a decision like this four years ago. I’ve got a teenage boy, a preteen and a little girl that wasn’t around as well. So sitting down and considering everything, my family is a huge part of whatever I’ll decide to do in my career, and it will continue to be that. So I don’t have an answer for you right now as far as that.”

Countless teams have been tied to James in some form this postseason, but which ones have a realistic shot of landing the All-Star via a sign-and-trade or free agency. Here’s a closer look at the options that will be weighed over the next few weeks.

Are you sick of this yet?

Well, get used to it, because nothing happens this summer until LeBron gets signed somewhere. Teams need to know what they’re up against before they make all their moves.

Let’s get this out of the way… Boston is a long-shot to get LeBron. I laid out potential ways it could happen here, but the short, short version is it’d probably have to be a sign-and-trade, which would cost the Celtics a few of the key pieces they’ve cultivated. The conversation Boston would have with LeBron is how much willingness he’d have to take less money in an effort to keep the team mostly intact and then Chris Paul his way out of Cleveland (basically tell them, I’m going to Boston, make a trade with Boston).

That’s all too complicated. Boston’s got a good thing going as it is. They’ll watch to see if he lands in Philly or Los Angeles and then see what they do with the little money they have.

This might sound crazy, but I hope LeBron goes to the Lakers. I hope the Lakers, Warriors, and Rockets all pound the living hell out of one another for two playoff months and limp into a Finals against Boston.

Imagine the Boston Celtics not only beating LeBron to win a championship, but beating him AS A LAKER???

Beyond that, I’m hoping LeBron to the Lakers can complete my 3-photo set of “things Lakers fans thought would be awesome, but in reality was a complete disaster.”

Get used to LeBron-watch, people. It’s going to be hanging over us like a sword of Damocles. Once he makes his decision, the rest of free agency will bust loose like water from a broken dam.

Related links: NBCSN: Next for LeBron? Healing hand he says he broke in Finals  |

People are giving @KDTrey5 a hard time for not shaking my hand. I know how it feels to get caught up in the energy of the win. He did come over, shook my hand & had a nice exchange. He has always been respectful. @warriors @nba @espn @BleacherReport #NBAFinals @NBATV #FinalsMVP pic.twitter.com/84ZKlCzdn2

The internet has too many people looking for “gotcha” moments. Too many people make too big a deal out of nothing. It’s silly Bill Russell had to even address this.

NESN: Are Celtics Too Low On ESPN’s Early NBA Power Rankings For Next Season?