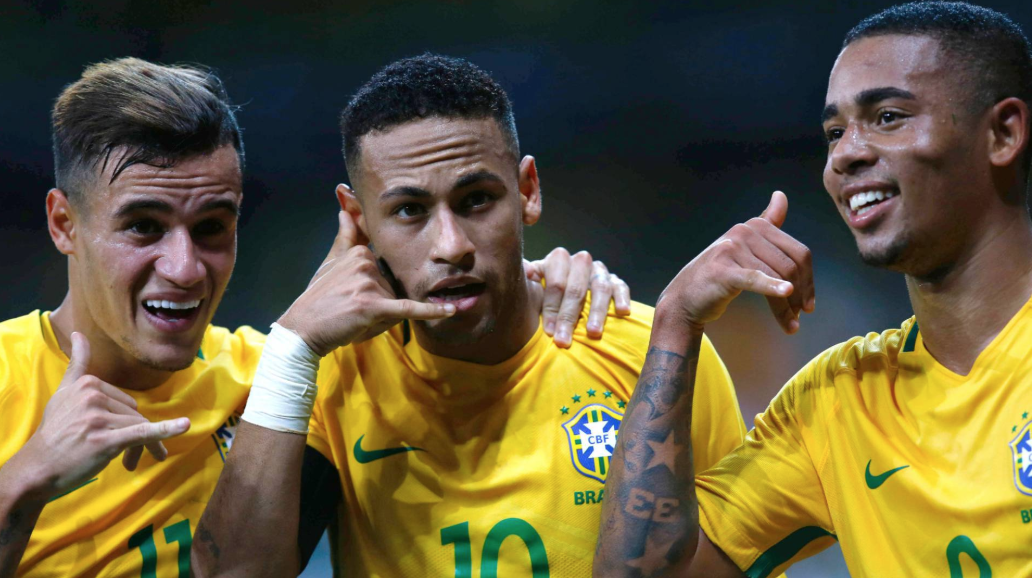 The 2018 World Cup is set to kick off on Thursday, June 14. Here is a breakdown of what to expect from the teams in Group E.

Brazil- The gloom that engulfed Brazil after the 7-1 debacle against Germany in the 2014 World Cup seems to have dissipated.  Brazil were the first team to clinch qualification for Russia and had impressive wins along the way, including a 3-0 drubbing over Argentina in the same Mineirão stadium where their 2014 semi-final humiliation took place.  Much of the credit goes to the appointment of manager Tite in September 2016, which seems to have reinvigorated Brazil. Under his leadership, there have been 13 wins, three draws and only one loss- a friendly against Argentina.

The key player for the Selecao, of course, is Neymar, who is just returning after fracturing a bone in his right foot in February.  He is on the Brazil roster and is expected to be ready when Brazil plays Switzerland on June 17th.  But with goal-scorers like Gabriel Jesus and Roberto Firmino on the roster, this is a team that no longer relies on one player for results.  Their number two FIFA world ranking is a testament to that.

Having made 21 appearances and coming away as champions five times in World Cup play, look for Brazil to be competing in the finals as they seek to avenge their 7-1 loss to Germany in 2014.

Switzerland- Ranked 6th according to FIFA, Die Nati have had limited success in their 10 World Cup appearances, with their last most prominent finish seeing them eliminated in the quarter-finals in 1954.  The squad is comprised largely from their 2009 Under-17 world champion team, so their players have experience on the international stage.

For the Swiss to advance, they will need to rely on a stifling defense and take advantage of their offensive opportunities. They are captained by Arsenal defender Stephan Lichtsteiner, with support on the back line by Ricardo Rodriguez. The Swiss have a strong midfield with the presence of Xherdan Shaqiri and Granit Xhaka.  Their weakness is their goal-scoring prowess, and manager Vladimir Petkovic will need to be creative up front if they are to come away with all three points in their matches.

Switzerland will need to advance to at least the round of 16 to equal expectations. Anything beyond that would be considered a success.

Costa Rica- The tiny Central American country reached the quarter-finals of the World Cup four years ago, losing to the Netherlands on a penalty shootout.  This will be Costa Rica’s fifth World Cup appearance, impressive for a country with a population of just under 5 million. Finishing CONCACAF in 2nd place just behind Mexico in qualifying play, their more-recent friendly results have hardly been encouraging, with a 5-0 thrashing by Spain and a 1-0 loss to Hungary.

Los Ticos are led by Real Madrid goalkeeper Keylor Navas, and any shot to advance beyond group play will rest with him. Their defensive back line that supports Navas is the core strength of Costa Rica, with that job falling to Kendall Waston, Giancarlo Gonzales and Johnny Acosta. But their weakness is their front line. Real Betis’ Joel Campbell just returned to action in Spain after rehabbing an injury, and Marco Urena of Major League Soccer’s LAFC underwent surgery to repair broken bones in his face sustained in an April collision. Both strikers will be arriving in Russia with some rust to knock off.

After their surprise run in the 2014 World Cup, can Los Ticos repeat that success?

Serbia- Serbia cruised through their qualifying group to return to the World Cup finals after eight years, the second time since becoming an independent nation in 2006. Yet Slavoljub Muslin was removed as manager despite the successful qualifying campaign, with Mladen Krstajic placed in command. It is thought that while Serbia won their Group D in World Cup qualifiers, they underperformed against their group countries like Wales, Austria, Ireland, Georgia and Moldova, leading to the sacking of their manager.

If they stay healthy, the Eagles have a midfield that can match up to almost any in Russia. The steel and composure of Nemanja Matic need little introduction, and Luka Milivojevic has had a fine season with Crystal Palace. Look for Lazio playmaker Sergej Milinkovic-Savic to provide a spark for Aleksandar Mitrovic, their key offensive weapon up front. A real test will be how their aging back line holds up, with Branislav Ivanovic (34), Antonio Rukavina (34) and Aleksandar Kolarov (32) all past their prime.

Prediction– Look for Brazil to take the top group spot and easily advance to the next round, with 2nd place to be a dogfight.  The nod goes to the Swiss to advance as well, with Costa Rica and Serbia rounding out the group in 3rd and 4th place respectively.