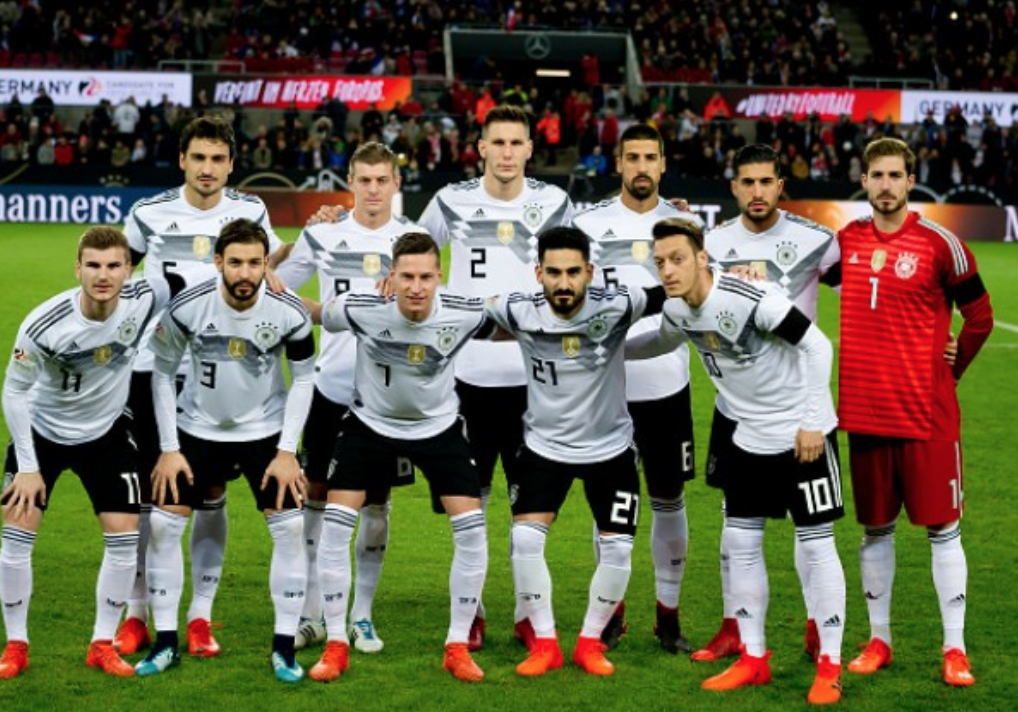 The 2018 World Cup is set to kick off on Thursday, June 14. Here is a breakdown of what to expect from the teams in Group F.

Germany- The number one FIFA-ranked team ran through their qualifying competitors, scoring 43 goals while conceding only four. While playing their World Cup qualifiers, they also managed to win the 2017 Confederations Cup with an inexperienced “B” squad, a testament to just how deep a roster Die Mannschaft have at their disposal. Germany has also developed one of the most advanced data systems in the world of sports, allowing them to develop attacking and defensive strategies for each individual opponent digitally.

While there are some very good players on the squad, this is a team whose biggest advantage is team unity. They believe that a strong group of unified players will be superior to individual talents, and manager Joachim Low picks his players accordingly. The only possible weakness is that goalkeeper and team captain Manuel Neuer is returning from a long layoff and might be a bit rusty. But even then, in the event he isn’t ready for the challenge, their backup is starting Barcelona keeper Marc-Andre ter Stegen.

The four-time World Cup champions don’t seem to have skipped a beat since their last Cup appearance.  After smoking Brazil 7-1 win at the World Cup in 2014, anything less in 2018 would be considered a failure for Germany. It’s hard to believe that the architect of their success, manager Low, was an assistant to Jurgen Klinsmann only a decade ago.

Mexico- Acknowledged by most to be the current powerhouse in CONCACAF, Mexico had little trouble in their qualifying rounds. They finished up the hexagonal round of qualifiers in first place with 21 points. Mexico is no stranger to World Cup play, making 16 appearances since 1930. Yet the farthest they have advanced in the tournament is the quarter-finals, and that hasn’t happened since 1986.

El Tri’s strength rests in its defense, allowing just seven goals in the entire hexagonal round of qualifiers.  On offense, rather than rely solely on Javier “Chicharito” Hernandez, they now look towards PSV striker Hirving Lozano and LAFC forward Carlos Vela as well.  Adding these scoring options has made Mexico a more potent adversary on the pitch. The wild card is their central midfield of Andres Guardado and Hector Herrera, who must provide more service to their strikers if Mexico is to reach the latter stages of the tournament.

With Mexican pride on the line in Russia (as well as manager Juan Carlos Osorio’s job), look for El Tri to play a better brand of soccer than they have in recent years.

Sweden- Few gave the Swedes much of a chance to qualify for Russia.  Playing their qualifiers in Group A against France, the Netherlands and Bulgaria, they somehow escaped out of the group to compete in a playoff against an Italian squad that was heavily favored to advance. Italy failed to advance after not scoring a goal in 180 minutes of play while Sweden has cashed their ticket to Russia. Even more surprising is that Sweden’s star player, Zlatan Ibrahimovic, retired from international play prior to the qualifiers.

Sweden has no key players to speak of, relying on team unity and a strong level of physical play on the pitch. Their two best players, Emil Forsberg and Victor Lindelof, had subpar seasons with club teams RB Leipzig and Manchester United respectively, so the assumption is that Sweden will rely heavily on their solid defense while depending on counter-attacks and set pieces to keep them competitive offensively.

Sweden opens group play against South Korea and will probably three points to stave off elimination.

South Korea- South Korea limped through the final round of their Asian qualifications and were helped more by the failings of others than their own level of play. With just four wins from 10 games (all of which came at home), their matches were far-from-convincing performances. It was so unimpressive that manager Uli Stielike was fired with two games remaining, and there was some criticism at home of players celebrating qualification, believing that they had not done enough to deserve to qualify. With a new manager in tow, the Taeguk Warriors head to Russia in one of the toughest groups of the tournament.

To be sure, there is some talent on this squad. Striker Son Heung-Min stars for Tottenham in the English Premier League and is keen to show what he can do apart from club teammate Harry Kane. Their midfield is led by Ki Sung-Yeung, Lee Jae-Sung and Kwon Chang-Hoon. All four of these players possess speed and cannot be taken lightly. The weak spot is their defense. South Korea generally plays four in the back for that very reason, but even that might not be enough to prevent goals. Their goalkeeper, Kim Seung-Gyu, is considered good but not world class. Look for the other group teams to take advantage of set piece opportunities.

Prediction– There can be little doubt that Germany will take the top spot in Group F, with Mexico advancing as well in 2nd place.  Look for South Korea to edge out Sweden for the third spot, with Sweden taking the bottom position.