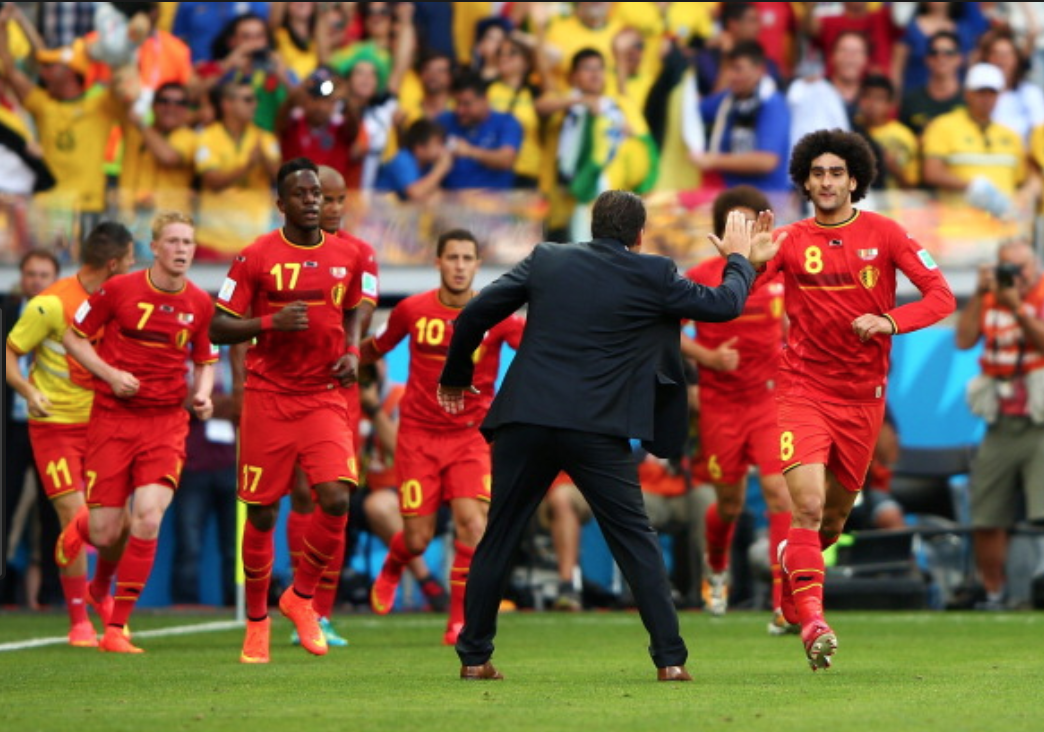 The 2018 World Cup is set to kick off on Thursday, June 14. Here is a breakdown of what to expect from the teams in Group G as well as the latest FIFA 19 news.

Belgium- With this crop of players emerging from the Red Devil’s “golden generation”, it’s time to deliver results for a team featuring such exceptional talent. But 3rd ranked Belgium is a country that has yet to break into the semi-finals of a tournament.  It is widely acknowledged that their biggest impediment has been mediocre management. Now it is up to Roberto Martinez, their manager since August 2016, to get the best out of this plethora of stars.

Belgium’s key player is midfielder Kevin De Bruyne, who is coming off an outstanding campaign with club team Manchester City.  But with a cast that includes Romelu Lukaku up front, creative playmaker Eden Hazard and stellar goalkeeper Thibaut Courtois, this is a team that should be destined for success.  If there is a weakness, it is with the back line, with Vincent Kompany and Jan Vertonghen both nursing nagging injuries. Belgium can ill-afford to lose both veterans.

With expectations high for this year’s squad, Martinez must deliver a successful Cup campaign, or he’ll find himself quickly unemployed.

Panama- Panama finished third in CONCACAF’s hexagonal round after a 2-1 win over Costa Rica that featured a controversial “phantom goal” that never should’ve counted.  This appearance by Los Canaleros will be their first in World Cup competition since their formation in 1930. Expect these games to be an immense source of pride for both the squad and their country.

The team will be led by its veteran players, notably team captain and defender Roman Torres, fellow defender Felipe Baloy, goalkeeper Jaime Pinedo and forward Blas Perez.  But each player is well past his prime at age 32, 37, 36 and 37 respectively. With the rest of the team in their early 20s, Panama is lacking players in the prime of their career.

One of the very few countries where soccer is not the primary sport (it’s baseball), it is hoped that a good showing at the Cup will generate more interest for the sport in Panama.  For a country of about 4 million people, to make the trip to Russia over the United States with 320 million people is a source of pride for the Panamanians.

Tunisia- The Eagles of Carthage qualified for Russia ahead of group qualifier rivals Democratic Republic of Congo, Libya and Guinea and are set to take part in their fifth World Cup. Returning to Cup play for the first time in 12 years, they have yet to qualify beyond the group stage.

The Eagles have been beset by injuries, losing key striker Youssef Msakni to injury after the qualifiers. With a largely inexperienced group of forwards on the roster, look for Tunisia to rely on their strong midfield play to keep them competitive, Players to watch are Mohamed Amine Ben Amor, Ghaylene Chaalali and Anice Badri, all experienced midfielders with an eye towards goal.

Tunisia opens against England on June 18th and will need at least a tie if they are to have any chance to advance to the round of 16.

England- Expectations in England have plummeted because of the team’s embarrassing performances in recent major tournaments – exiting the 2014 World Cup at the group stage and losing to Iceland in the round of 16 at Euro 2016.  Having the world’s richest and most popular domestic league has had an adverse effect on the England team, whose managers have an increasingly shallow pool of top players to choose from. Manager Gareth Southgate has opted for a younger squad on his roster, trading experience for speed and determination.  Will it pay off in 2018?

The Three Lions will rely on striker and team captain Harry Kane, having already scored 12 goals in 23 games for England.  With Danny Welbeck, Jamie Vardy, Marcus Rashford and Raheem Sterling also available as forwards, England looks well-positioned up front. They also possess a solid set of defenders, with veterans Ashley Young and Gary Cahill the bulwarks of the back line. If there’s a weakness, it’s in the midfield, where Jordan Henderson and Eric Dier will try to maintain support for the guys up front.

Prediction– Look for Belgium to take the top spot in the group, with England advancing as well.  Tunisia should finish in 3rd, with Panama taking the bottom spot.