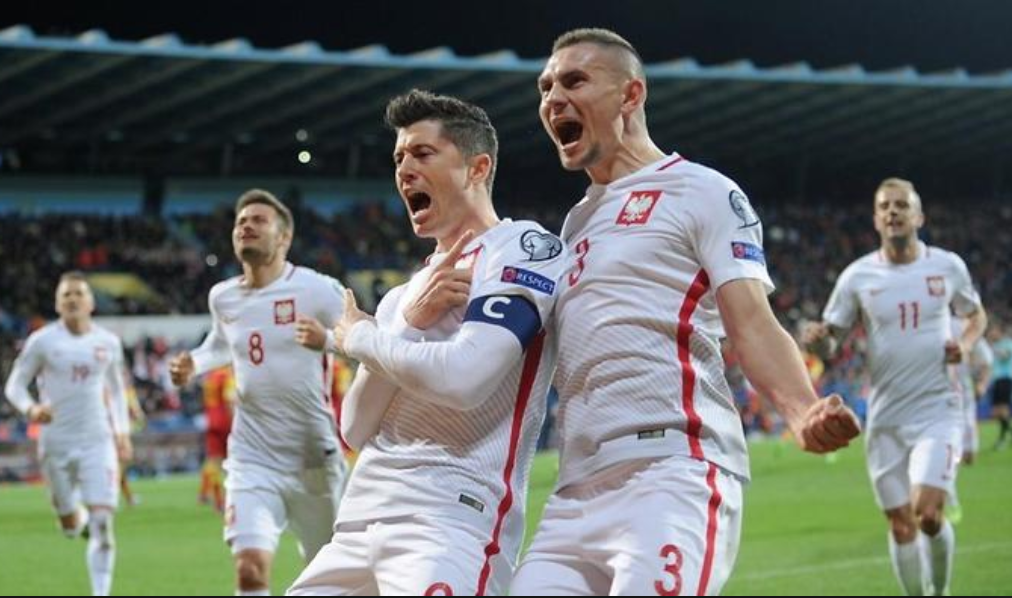 The 2018 World Cup is set to kick off on Thursday, June 14. Here is a breakdown of what to expect from the teams in Group H.

Poland- This is the first World Cup appearance since 2006 for 8th ranked Poland, whose fans are likely to travel to Russia in large numbers. It could be the last chance to play on the biggest stage for strikers Robert Lewandowski and Jakub Blaszczykowski, who will be 29 and 32 respectively by the time of the finals.  Poland’s squad is largely unchanged from the team that reached the Euro 2016 quarter-finals where they lost on penalties to eventual champions Portugal.

Lewandowski finished as European qualifying’s top scorer with 16 goals, and Bayern Munich’s superstar will be their main weapon in Russia. The Poles are much more than just one striker, though. Manager Adam Nawalka is trying to build on their major success at Euro 2016, where the Eagles reached the quarter-finals and exited only on penalties. They have a solid backbone of experienced leaders, including center-back Kamil Glik, defender Lukasz Piszczek and midfielder Grzegorz Krychowiak. This core is complemented by rising young stars like Piotr Zielinski and Karol Linetty.

If the squad remains healthy throughout the tournament, this might be the dark horse to follow in Russia.

Senegal- Senegal are back at the World Cup for the first time since their debut in 2002, when they beat defending champions France on the way to the quarter-finals, only the second African team to make the final eight at the time.  Their qualification has been contentious, however, with Senegal benefiting from an unprecedented decision by FIFA to order a replay of their 2-1 loss in South Africa because of match-fixing by the referee. Senegal took advantage and won the replay, allowing the Lions of Teranga to qualify for Russia.

Senegal’s talisman is Liverpool striker Sadio Mane, who will need to have stellar Cup performance if Senegal is to have a chance to advance to the next round of play. On defense, they will be counting on Napoli’s Kalidou Koulibaly to hold a somewhat porous back line together. Notably absent is Everton’s Oumar Niasse, who was left out of manager Aliou Cisse’s final roster.

Look for Senegal to try to attack at every opportunity, which could put pressure of their back line from counter-attacks.

Colombia- Having reached the quarter-finals four years ago in Brazil, Los Cafeteros have the talent to at least replicate that performance.  This will be Colombia’s second straight Cup appearance after sitting out for 16 years. Qualifying in CONMEBOL was a struggle this time, as Colombia waited until the last match with a 1-0 win over Bolivia to make it to Russia.

Colombia has some players that can compete against the very best, led by forwards James Rodriguez and team captain Radamel Falcao.  Falcao also has high personal expectations for this tournament after missing the last World Cup through injury.

Colombia’s 2014 World Cup squad adds two new center-backs, Davinson Sanchez and Yerry Mina. They make up a solid back line, with other quality players like Juan Cuadrado and Luis Muriel in the midfield that will be looked upon to provide an offensive spark.

Anything less than a quarter-final appearance by Los Cafeteros will be viewed in Colombia as an unsuccessful tournament.

Japan- Currently ranked 61st by FIFA, Japan finished first in Group B in Asian qualifying, ahead of Saudi Arabia and Australia and claimed one of two automatic berths.  However, the Samurai Blue also took the unusual step of sacking their manager and replacing him in mid-April with Akiro Nishino, who has never led a team in World Cup competition. For a team that has been on a slow but steady decline over the past decade, this move would seem to most as somewhat ominous.

Japan does have the advantage of fielding an experienced group of players, several of whom will be appearing at their third World Cup.  Eiji Kawashima, Keisuke Honda, Yuto Nagatomo, Shinji Okazaki and captain Makoto Hasebe all played in 2010 and 2014 and it will be up to them to leverage their experience and provide the team the benefit of that experience.  It is almost asking them to assume the roles of player/coach, a tall order in World Cup competition.

Prediction– Look for Poland to take the top spot in the group, with Colombia advancing on their heels.  Senegal will finish in 3rd, with Japan taking a point and the bottom spot.