LeBron to Wolves? Not as Crazy as it Seems 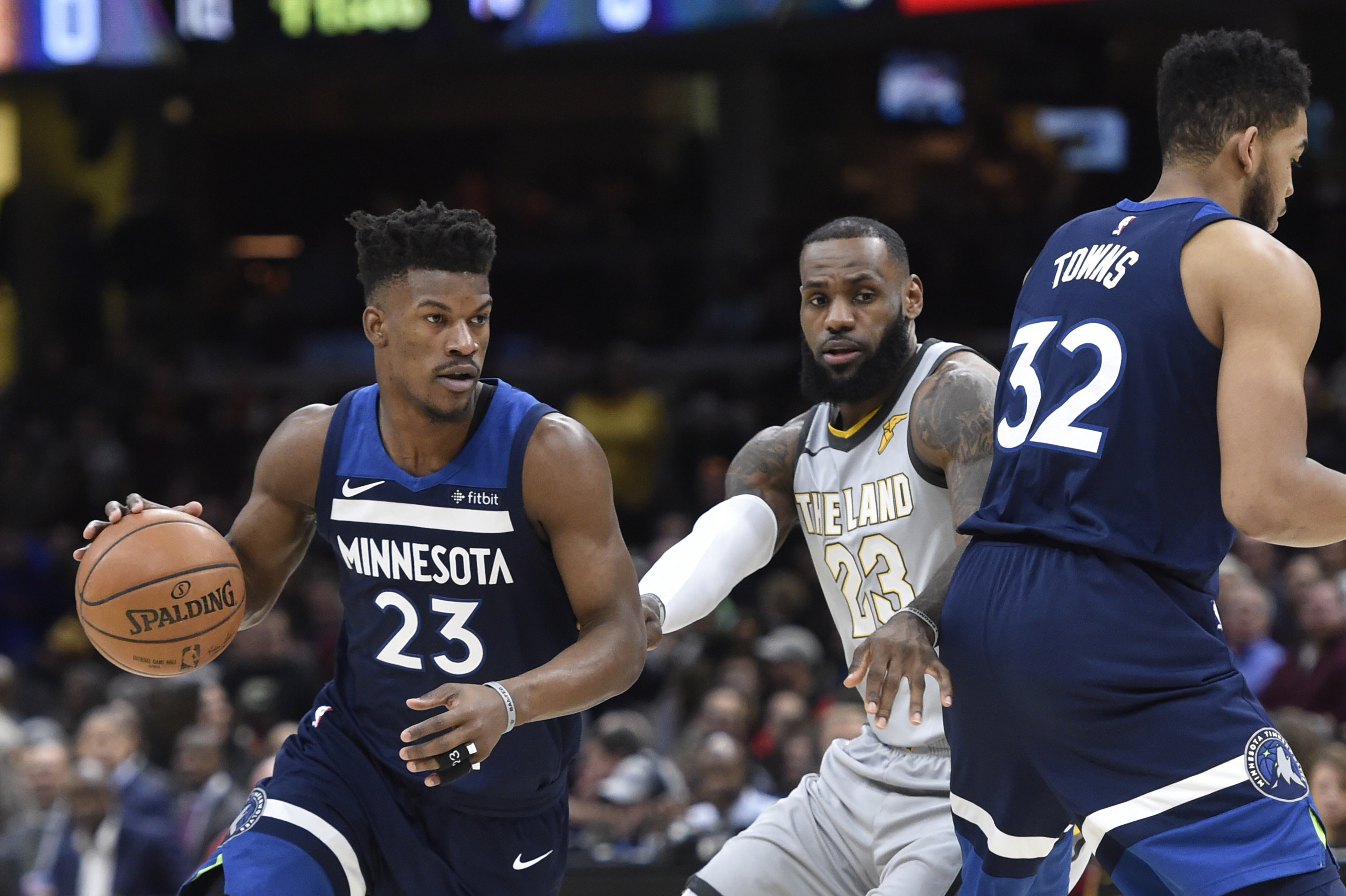 LeBron to Wolves? Not as Crazy as it Seems

Before you accuse me of clickbait, let me make something very clear:

This is not an article promising you LeBron is coming to Minnesota because of some rumor I heard from my uncle’s best friend’s neighbor. Instead, I am just pointing out the many inviting features that this Minnesota squad has that The King might find appealing. In my totally unbiased opinion, it seems clear to me that the Timberwolves should at least get a meeting with him this summer.

Obviously, to make any signing even remotely possible, the Wolves and Cavs would need to fix their cap space issue. A probable sign-and-trade deal involving LeBron and Andrew Wiggins (wouldn’t that be ironic) seems like the most plausible option. Minnesota would also have to find a team to take Gorgui off their books in free agency. The Wolves do have the 20th pick in this year’s draft, so a package deal would make the most sense.

But salary cap aside, LeBron could make it work if he wanted to. He has made enough money throughout his career that he could sacrifice a little of his paycheck to sign with the Wolves. After all, Kevin Durant has and will continue to do so in Golden State as he keeps winning rings.

So why would he sacrifice his well-earned money? Because some of the NBA media is driving home the narrative that LeBron’s legacy is in question after his sub-par showing in game four and being swept twice in the Finals.

I believe that basing someone’s greatness off of how many rings they have is ridiculous:

Michael Jordan was arguably the best ever & got swept out of the first round… twice. You guys out here making fun of LeBron for dragging a lottery team (without him) to the Finals and getting swept by one of the most talented teams in #NBA history.

So if he want’s to catch that “ghost who played in Chicago,” he’s going to have to sacrifice some money to join a team capable of dethroning the ultimate super team– the GS Warriors.

LeBron has other suitors this summer: Philadelphia, Houston, LA–but Minnesota should be in the conversation too.

Don’t believe me? Let’s break it down in comparison to the presumed frontrunner in the LeBron sweepstakes:

Joel Embiid hasn’t yet played even close to a full season, and he’s already on his second NBA contract. He is undoubtedly an other-worldly talent… when he’s healthy–which isn’t often. He has a streaky 3 pointer and is unreliable to stay on the court. And the best ability in the NBA is availability.

Check that– shooting is the best ability and Ben Simmons can’t (with either hand). He may be the second coming of Magic Johnson, but what’s the point of having two Magic’s if you don’t have a scorer like Kareem to pass to? Simmons need’s the ball in his hands to be effective and make plays, yet so does LeBron. The fit seems questionable, and LeBron to Philly would stunt Simmons’ growth and turn him into a glorified Draymond Green that exclusively passes, rebounds and defends.


Pros:
-They have some floor spacers to help LeBron (Saric, Covington, Belinelli, Ilyasova)
-Pace-and-space style offense which fits the style he wants to run
-Promising young core
-In the Eastern Conference
-Good length–can switch everything defensively

Cons:
-Good, not great Head Coach
-Philly’s “young core” is either usually hurt or can’t shoot– and will need to be the ones to carry LeBron the rest of his career.
-Embiid and Simmons are both still very young and apparently not ready to win now based on the playoff loss to a depleted Celtics squad.

Jimmy Butler was having an MVP-caliber season before he went down with a knee injury. He is just entering into his prime and is one of the best two-way players in the league. Despite not being known as a shooter, he shot 35% from three last season. A tremendous defender and a better competitor, Jimmy is arguably a top 10 player in the NBA right now and can create his own shot off the bounce and create for others.

Karl-Anthony Towns was an All-Star this season and has played in every single game of his career. He is a knock-down shooter and one of the best floor-spacing big men in the league (shot 42% from 3 last season). Has been known as a defensive liability at times but is averaging 1.4 blocks per game in his career. An elite rebounder, Towns will average 20 and 10 the rest of his career.

Pros:
-By doing a sign-and-trade with Wiggins, Lebron is preserving his legacy in Cleveland by not leaving the franchise in shambles as he did in 2010.
-Towns is the perfect big-man compliment that LeBron needs (elite floor spacer, can dominate in the post). He is the better version of Kevin Love and Chris Bosh.
-Jimmy Butler is the perfect wing compliment to LeBron (will defend opposing team’s best player, create offense for others like Kyrie and Wade did, create his own shot and can take over a game offensively)
-Wolves have a plethora of capable floor spacers: Bjelica, Teague, KAT, Butler, Tyus
-Jimmy is just entering his prime
-KAT is still young, yet an All-Star and one of the best young big men in the league

Cons:
-In the Western Conference
-Thibs’ personality and overall coaching philosophy
-Below average bench
-A culture that doesn’t stress 3pt shooting
-Team’s defensive woes that seem like lack of effort

Is this all wishful thinking? Perhaps.

The Wolves probably won’t be linked to LeBron this summer in any serious manner. Minnesota is a small market team that doesn’t get a lot of media attention and has been known to get a little snow sparingly. But before the Timberwolves are dismissed entirely from the LeBron sweepstakes, let’s take a look at the facts and realize that Philly, Houston, LA, and every other team has flaws too. There is no “perfect fit” for LeBron.

And if we know anything about Bron, it’s that he enjoys the process of taking young, underachieving teams and maximizing the roster and turning them into title contenders. That is the greatness of LeBron James–he makes everyone around him better.

So let’s make it happen, Minnesota: