Minor League Mondays: Dominic Smith Gets His Second Chance At The First Base Job 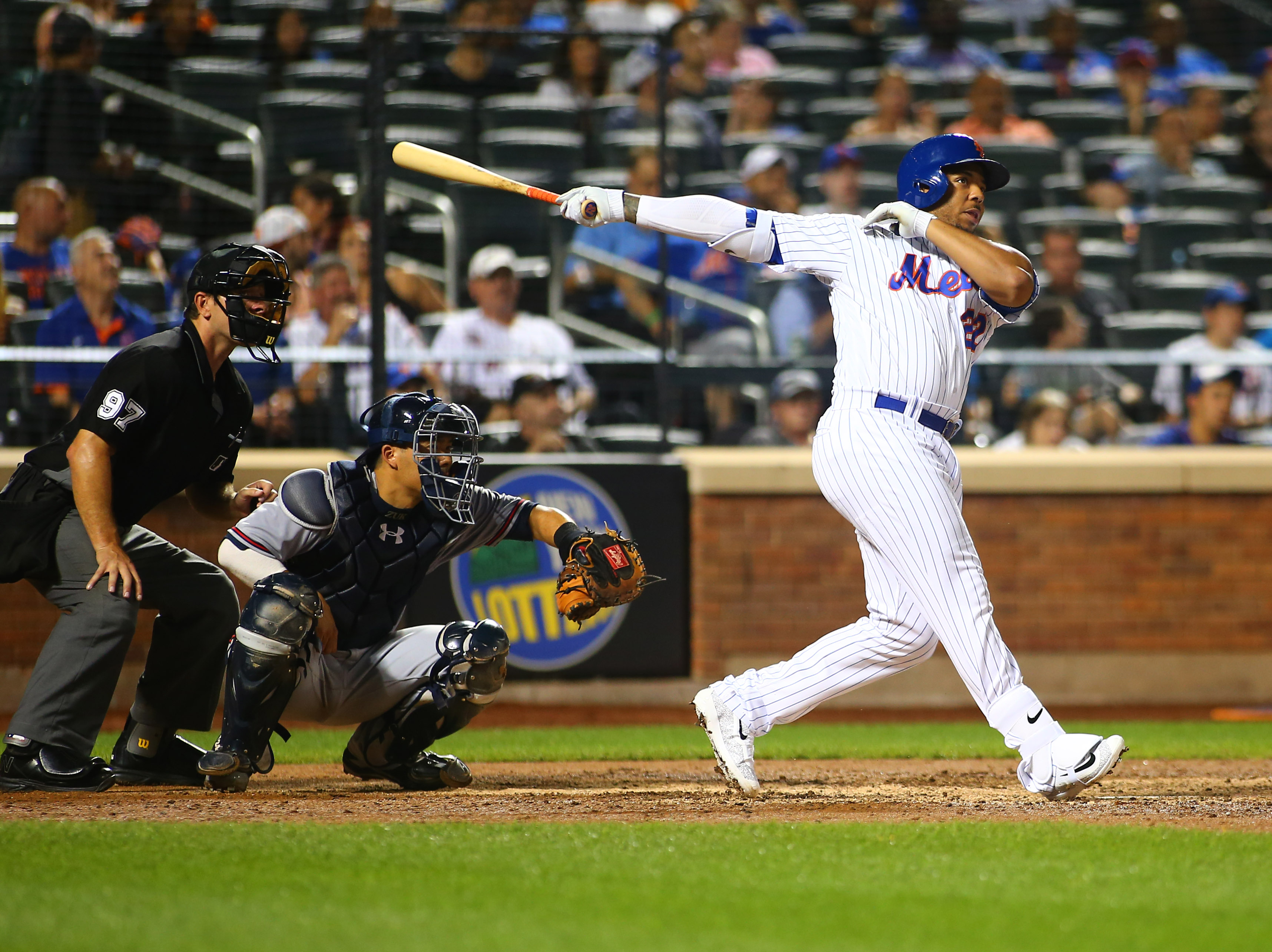 Minor League Mondays: Dominic Smith Gets His Second Chance At The First Base Job

With the New York Mets’ offense at a point where they have to draw blood with a stone to score runs, a lot of jobs should be on the line. One easy place to look for an upgrade is at first base, where Adrian Gonzalez has struggled mightily over the past month. Entering last night’s game, Gonzalez was batting just .234 with one homer in the last month with an OPS of .592, numbers that got him cut after the Mets’ 2-0 win. Gonzalez was brought in to keep the seat warm ahead of Dominic Smith, who lost the job with a poor performance last summer and an injury in camp. Smith, who has spent this season back with Triple-A Las Vegas, is the focus of this week’s edition of Minor League Mondays.

After tearing up the Pacific Coast League last season, when he hit .330 with 16 homers and 79 RBI’s before earning a big league promotion, Smith has been a bit disappointing so far. In 56 games for the Las Vegas 51’s this season, Smith is hitting only .260 with two homers and 25 RBI’s in 219 at bats, average numbers in a very hitter friendly Pacific Coast League. The biggest mystery has been Smith’s lack of power, particularly as he is on pace to hit eight homers on the year. At a position where power is at a premium, that won’t cut it unless you’re the next Keith Hernandez in the field. Smith has continued to field well according to the stats, with a .998 fielding percentage and only one error so far this season, but a big part of the reason the Mets were disappointed in Smith last September was his subpar fielding ability in the majors.

The Smith situation created a problem for the Mets in more ways than one. Gonzalez’s poor hitting likely would have gotten him designated for assignment sooner if Smith was producing, but the fact that he has been slumping in the hitter friendly PCL likely nixed that idea. Smith was also blocking the progression of the Mets’ other first base prospect, Peter Alonso, who is batting .310 with 15 homers and 50 RBI’s for AA Binghamton. Alonso can’t play another position due to his lack of mobility, so Smith’s presence at first for the Triple-A club was stopping Alonso’s chances at a promotion to the next level of minor league ball. Smith did get a few games in the corner outfield shortly after Juan Lagares got hurt, but that experiment ended quickly after the Mets signed Jose Bautista to give them a stop gap in that position.

The Mets made their choice last night, cutting Gonzalez to give Smith his second shot. Having Smith stuck at first base for the 51’s was not helping anyone, and his promotion to the majors now opens the door for Alonso to earn a promotion to AAA. Gonzalez is a solid pro, but with the Mets’ offense struggling to score runs no one was upset to see him go and give Smith a chance at big league playing time. Smith could surprise everyone and showcase some of the form that made him the organization’s second ranked prospect last season, but he could also flame out again and slide closer to bust status. Either way, the Mets weren’t going to learn anything by running Gonzalez out there every day and leaving Smith to wither away in Triple-A (and Alonso in AA for that matter). Smith’s second chance has finally arrived, so now its just a matter of seeing what he can do with it.