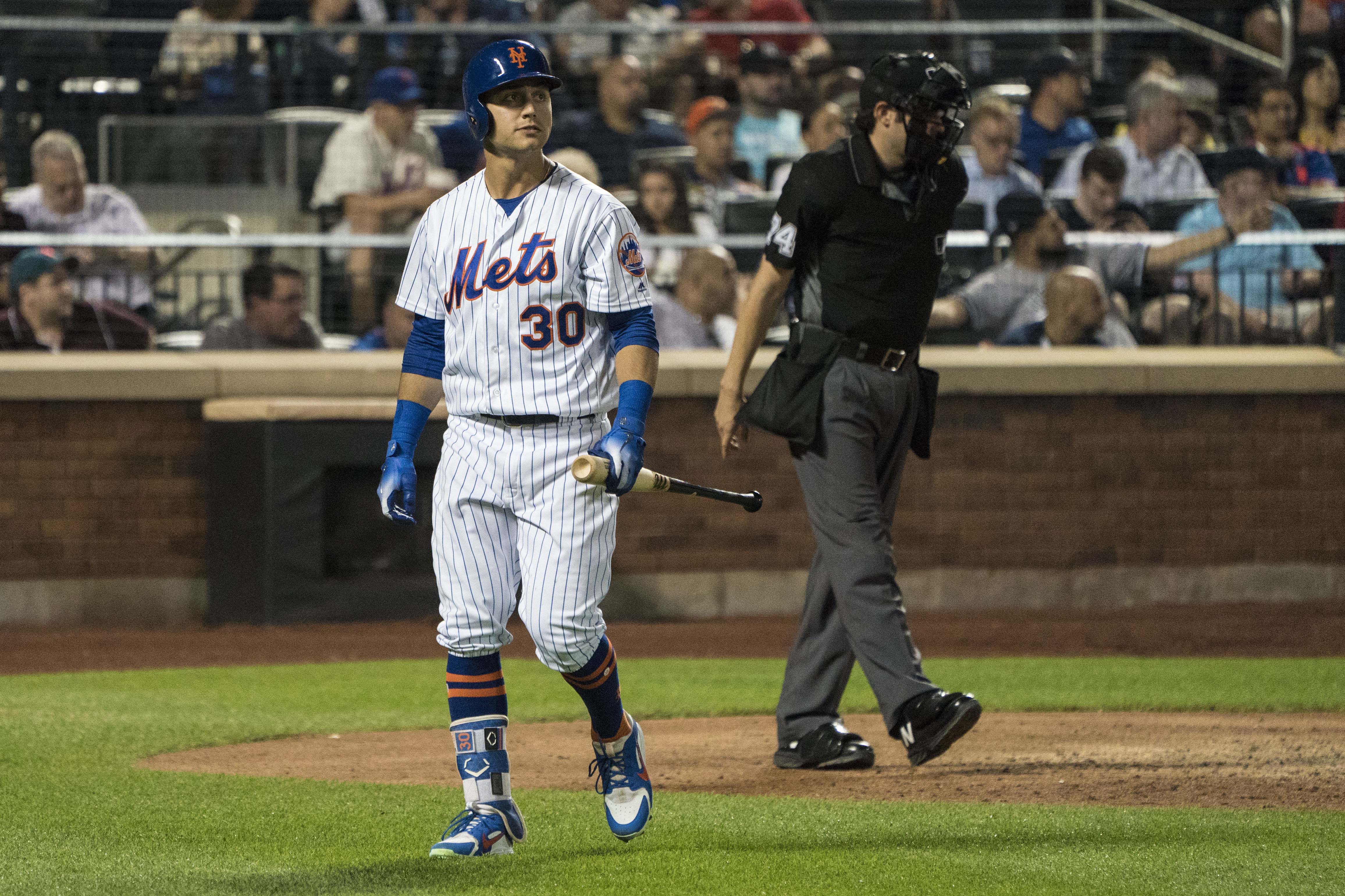 Lost in the shuffle of the latest New York Mets’ loss on Saturday night was a curiously timed news drop from Joel Sherman of the New York Post. Sherman is reporting that the Mets are mulling over whether or not to send Michael Conforto to the minor leagues in an effort to help him get his swing back on track. Conforto beat the club’s timetable for a return from shoulder surgery, coming back just six games into the season, and entered last night’s game batting just .223 with seven homers and 16 RBI’s. The Mets now believe that an abbreviated spring training, along with concerns over Conforto’s recovery from the surgery, are to blame for his struggles and feel that the possibility of getting him every day at bats in AAA away from New York will help.

Conforto is opposed to a potential demotion, telling reporters on Saturday that “Triple-A is not an answer. I’ve been through that. I have done all I can do down there. I play at this level, that’s it.” The Mets had considered flipping Conforto to the minor leagues with Yoenis Cespedes scheduled to return from the disabled list on Tuesday, thereby solving their potential outfield log jam, but Cespedes’ set back on a rehab assignment with AA Binghamton appears to have scuttled those plans.

While Conforto certainly has had his struggles this season, he’s right to believe that a trip to the minor leagues isn’t going to help him. The only way for Conforto to get out of his slump is to get at bats against big league pitching, not seeing AAAA arms in the pinball Pacific Coast League. You can certainly make the argument that Conforto could sit against some lefties until he regains his stroke, but by suggesting a demotion the Mets are in essence scapegoating Conforto for their offense’s struggles, and that isn’t right.

The Mets have at least five players who deserve to be sent packing ahead of Conforto, who is a big part of their future. Jose Reyes is hitting .139 and rarely plays but is still with the big league club because the Mets feel a need to give him a hero’s exit at some point. The Mets are also carrying three catchers, with Jose Lobaton and Kevin Plawecki both giving the Mets next to nothing at the plate. Luis Guillorme is a fine fielder, but he is hitting only .192 and clearly needs more seasoning at the minor league level. Adrian Gonzalez is also in a big slump, hitting just .234 with one home run and an OPS of .592 in the past month. The Mets finally got rid of two of the players on the list last night, cutting Gonzalez and designating Lobaton for assignment to make room for Dominic Smith and Ty Kelly on the roster, but the fact that Conforto’s spot on the team is in jeopardy is patently ridiculous.

Jay Bruce (.205 with an OPS of .535 and no homers) is also performing worse than Conforto (.247 with an OPS of .777 and five homers) over the past month, but it sure sounds like the Mets are making Conforto the scapegoat for their problems. This is a bad approach to take, especially when Conforto has voiced clear opposition to the move, in essence getting one of the Mets’ few young homegrown players pissed off at the organization for no reason. It also blows Mickey Callaway’s idea of a meritocracy to smithereens since Conforto is outperforming at least six players over the last month but is still in jeopardy of being demoted to the minors because the Wilpons want to honor Jose Reyes and refuse to get rid of a third catcher. That is the definition of incompetence, and when this is the decision making process of the franchise its no wonder the Mets have been one of the worst teams in baseball for almost a third of the season.