Your Morning Dump... Where there are 3 options for Terry Rozier 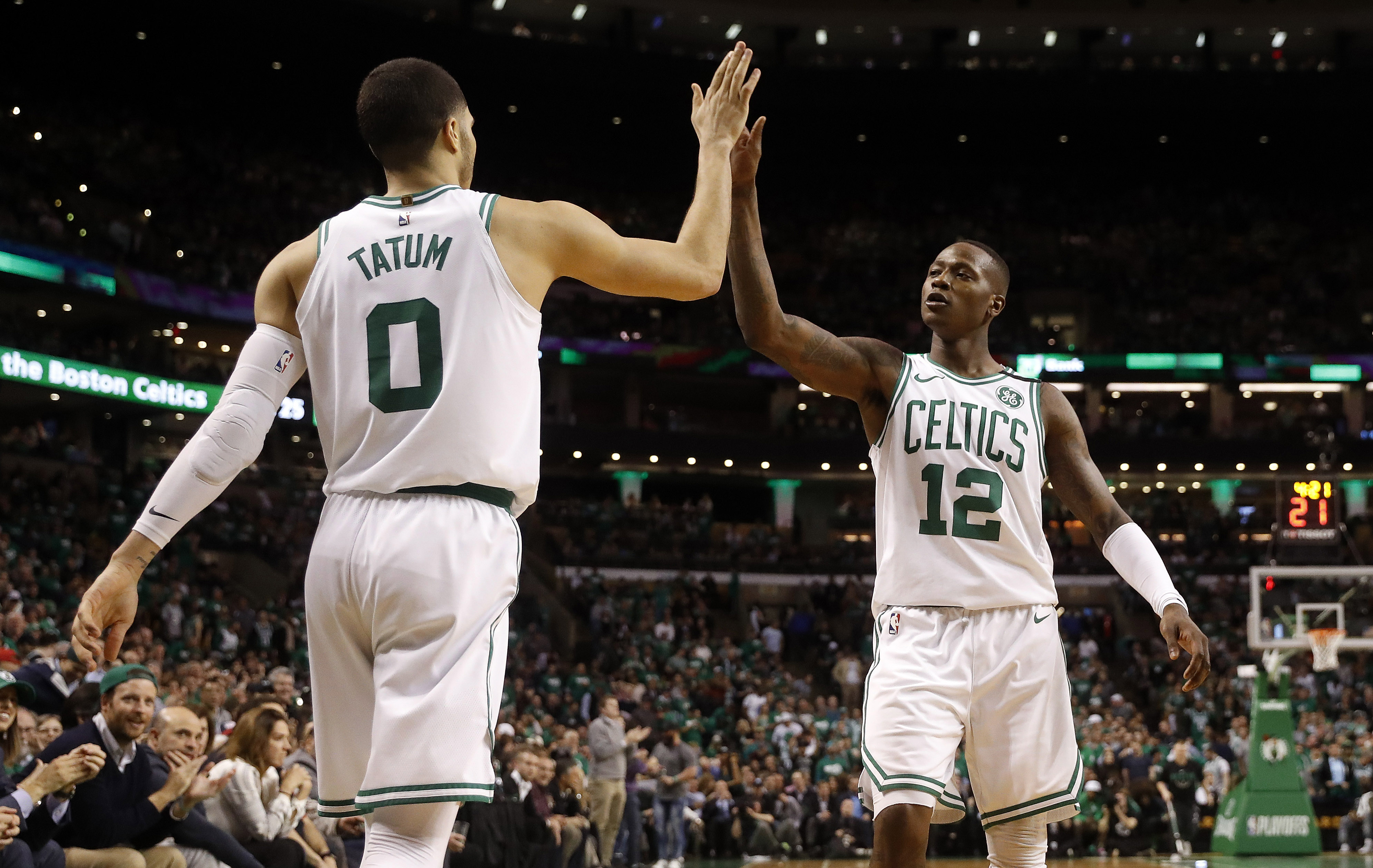 Your Morning Dump... Where there are 3 options for Terry Rozier

When Kyrie Irving was ruled out for the remainder of the season, it was Scary Terry time… and boy did he deliver. In his first career NBA start, he had a triple double. Since being named starting point guard, he scored in double digits in his first 25 outings. He managed to get into a beef with Eric Bledsoe. And of course, this.

With Kyrie Irving set to return next season, and with a potential return of Marcus Smart, the Celtics need to figure out their best option on what to do with Terry Rozier.

In a new story for Boston.com, our fearless leader John lays out three options, one of which involves selling high:

While it’s true Rozier’s value has never been higher, we shouldn’t assume Rozier alone would get the Celtics very much. The most likely scenario in which Rozier would get dealt would to move up in this year’s draft, or trade out of this year’s draft for a first-round selection next season.

Again, Rozier and Boston’s 27th pick isn’t going to suddenly vault Boston into the lottery. It might be good enough to get to Milwaukee or San Antonio at 17 or 18. Milwaukee is starting Eric “Drew” Bledsoe at point and may see value in Rozier as either a future starter after Bledsoe’s contract expires or if he’s traded. The Spurs seem set with Dejounte Murray but could find value in Rozier as a backup since Tony Parker’s career is almost over.

Meh, personally… I am not too high on trading Terry Rozier this offseason. With Kyrie Irving’s knee concerns, it would be smart to keep Terry as a backup because he offers a lot more on the offensive end than Marcus Smart. And with his contract at $3 million next season, that is very good value for a player that will likely seek a big pay-day in 2019. The smart play would be to bring back Marcus Smart on a new deal, and keeping Terry Rozier as Kyrie insurance.

The Celtics know whom they have to shoot for, as the Golden State Warriors won their third title in the past four years and will return essentially the same team next season.

More important, they will return the same core that has dominated the NBA for the past four years, including two-time NBA Finals MVP Kevin Durant, who said he will spurn any free agent offers and return to Golden State to go for a third consecutive title.

Assuming Lebron James heads elsewhere next season (and honestly, even if he stays) the Eastern Conference should be open for the taking, and the Celtics should be ready to swoop in and grab it. A trip to the finals for the Boston Celtics next year should be a viable option, assuming they can bring back their core healthy.

The Celtics, like the rest of the NBA world, watched the Warriors dismantle the Cavaliers in four games, capitalizing on J.R. Smith’s gaffe and a fortunate Game 1 win to cruise to a sweep. So for the Celtics to compete with the Warriors, who are likely to add to their bench for another run, they will need a loaded and nearly flawless roster.

The Celtics starting roster healthy on paper is arguably the best of the league. It consists of 3 all stars in Kyrie Irving, Gordon Hayward, and Al Horford. It also consists of two of the youngest players on the rise in the NBA in Jaylen Brown and Jayson Tatum. Every single one of those players is a scoring threat in all 3 phases of the game.

Although the Celtics starting roster is eye popper, there is a lot more going on behind the scenes. If the Celtics want to bring the same heart and fight they did last season, bringing back Marcus Smart is a necessity.

So that means bringing back Marcus Smart, who will be a restricted free agent and is expected to garner offer sheets from other clubs. The Celtics will have to remain a standout defensive team, and Smart is so versatile defensively, with the ability to guard three positions.

The Golden State Warriors have 3 major, and I mean MAJOR, scoring threats in their starting lineup in Stephen Curry, Kevin Durant, and Klay Thompson. The Celtics do have long wing defenders as I’ve mentioned, but Marcus is their most important piece. He is a guard that is capable of guarding 3-4 positions. He will go 0-12 shooting and finish with a +19 in the stat box. He’s the guy you love to hate, and the good outweighs the bad, in terms of Marcus Smart.

What the Celtics lacked this postseason was a go to scorer down the stretch, one who could really take a game over and send the other team packing.

With the return of Kyrie Irving and Gordon Hayward, the Celtics will be better offensively. They suffered through scoring droughts throughout the season, and that probably cost them a spot in the NBA Finals after their Game 7 offensive debacle against Cleveland.

Jayson Tatum, Jaylen Brown, and Terry Rozier sure did have their moments this postseason, and this is in no way to demean their performances. As good as they were, it would not have been a fair expectation to expect any of those 3 players to take on that role. During the 4th quarter of Game 7 of the Eastern Conference Finals, the Celtics would have been able to win that game if they could just get a bucket. Terry Rozier was bricking 3 after 3. A Kyrie Irving or a Gordon Hayward would have been incredibly useful in that situation.

Boston.com: Kyrie Irving addressed his long-term future with the Celtics 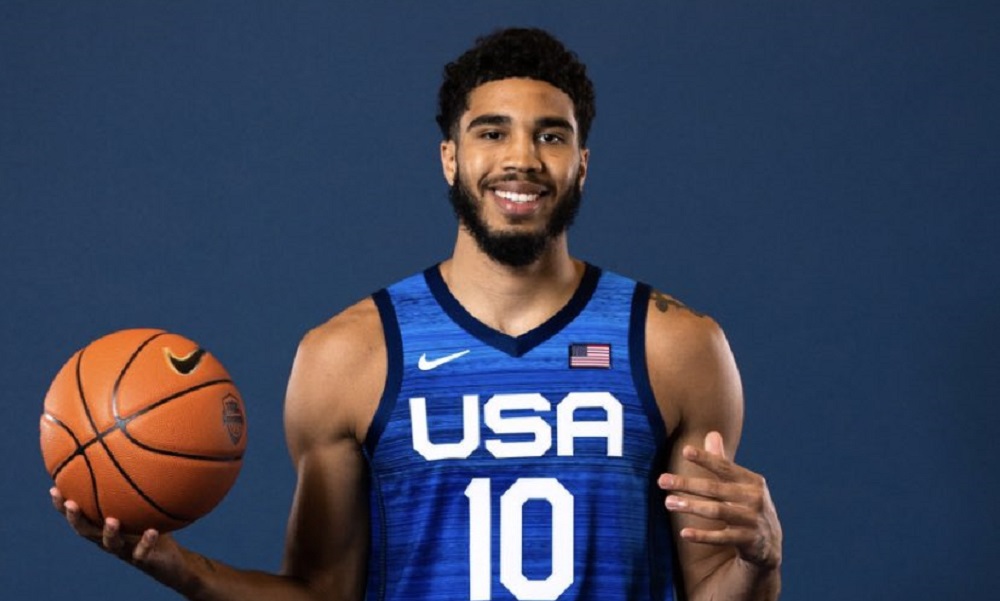