Down in the Dominican: DSL Indians June 2-11 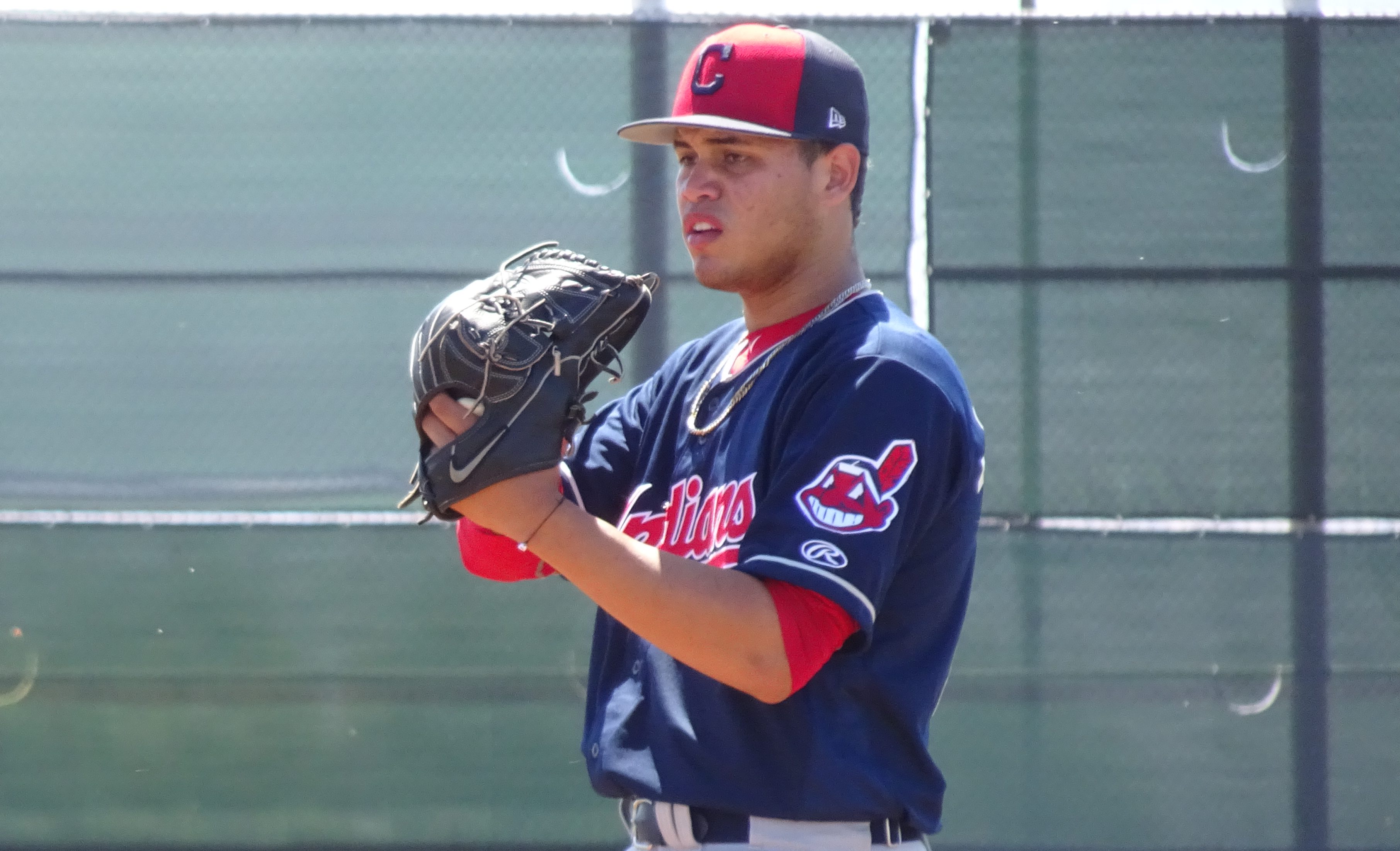 Down in the Dominican: DSL Indians June 2-11

The 2018 DSL Indians are already light years ahead of last year’s pace, winning three in a row during their first week of play. Last season, they didn’t win their third game until ten games into the season and didn’t have a three game winning streak until the final week of the season. Even though they lost the other four games last week, it’s still a solid beginning.

In particular, the pitching staff appears to be greatly improved, although it’s much too early to know for sure. Luis C. Garcia had a nice start in his debut, striking out four while allowing five hits, no walks and one run in four innings. Jose Oca has also been impressive early on with seven shut out innings in relief, striking out nine without walking a batter and allowing only three hits. As a unit, they have only allowed more than five runs twice, on opening day (9) and in a June 5th win against the Pirates (6).

Offensively, they have been in a groove as well, with special mention being owed to lead-off hitter Skeiling Rodriguez. A center fielder, Rodriguez wasn’t on the RADAR prior to the start of the season, but already has eight hits in the first week with a .348/.464/.583 batting line. He was in the large group of high end signings in the summer of 2017 and just turned 17 in February.

Also from that group and also responsible for the DSL Indians early hot start offensively, Brayan Rocchio is hitting and slugging .286 while splitting time between second and short. He has been playing more short than second, but once Aaron Bracho recovers, that will likely flip. Third baseman Jhonkensy Noel is only 16 years old and may already be the most patient with four walks leading to a .448 OBP, highest among the every day starters.

One last note on the positive side is that the pair of catchers, Richard Paz and Cesar Idrogo have combined for nine hits in seven games including a triple, two doubles and just one strike out. This is becoming a repeated theme for the Indians DSL teams as last year Yainer Diaz was one of the top offensive performers and the year before that Christopher De Jesus was as well. In fact, the last time the DSL Indians had a poor performer behind the plate was 2013.

Just like it’s too early to really judge positive performances, it’s too early to judge the negative, although there are some reasons for concern. Most players are out of the DSL by the time they turn 19, but Jean Montero is in his third year with the team at that age. He’s hitting just .056/.190/.056 with seven strike outs. Jeikol Contreras is still 18, but he’s in his second season and has already struck out 10 times. Last year, he averaged more than one strike out per game and he has advanced that pace. He is reaching base more often, but with all these young infielders coming up he is risking losing his starting role.