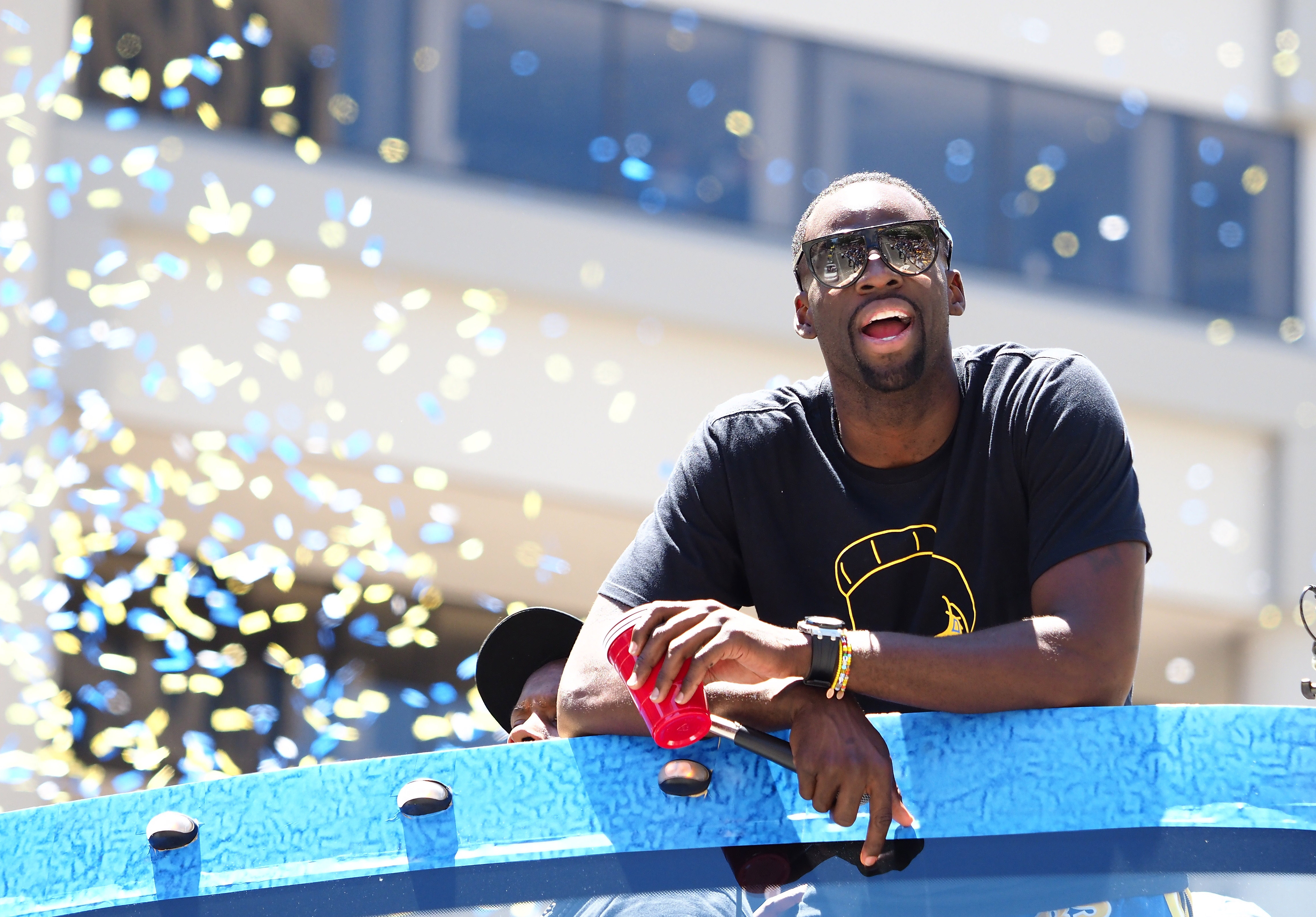 The Golden State Warriors celebrated their 2017-18 NBA championship with a parade in the Bay Area on Tuesday and just as he did a year ago, Draymond Green’s wardrobe choice got everyone talking.

In the Warriors’ 2017 parade he wore a T-shirt that read “QUICKIE” with the “Q” styled in the fashion of the logo for Quicken Loans. However, on Tuesday, the Warriors big men dug a bit deeper for this years dig.

He wore a black shirt that featured a clenched golden fist with three championship rings (2015,2017, and 2018) and the caption “mood…” under it. An ode to James’ Instagram post from November, in which Lebron shared a picture of a clenched fist from the children’s cartoon, Arthur, with the same caption.

Golden State’s emotional leader is known for being a player who loves to talk, but on Tuesday, he let his shirt do all the talking for him.