Is Seth Lugo More Valuable As A Starter Or Reliever For New York Mets? 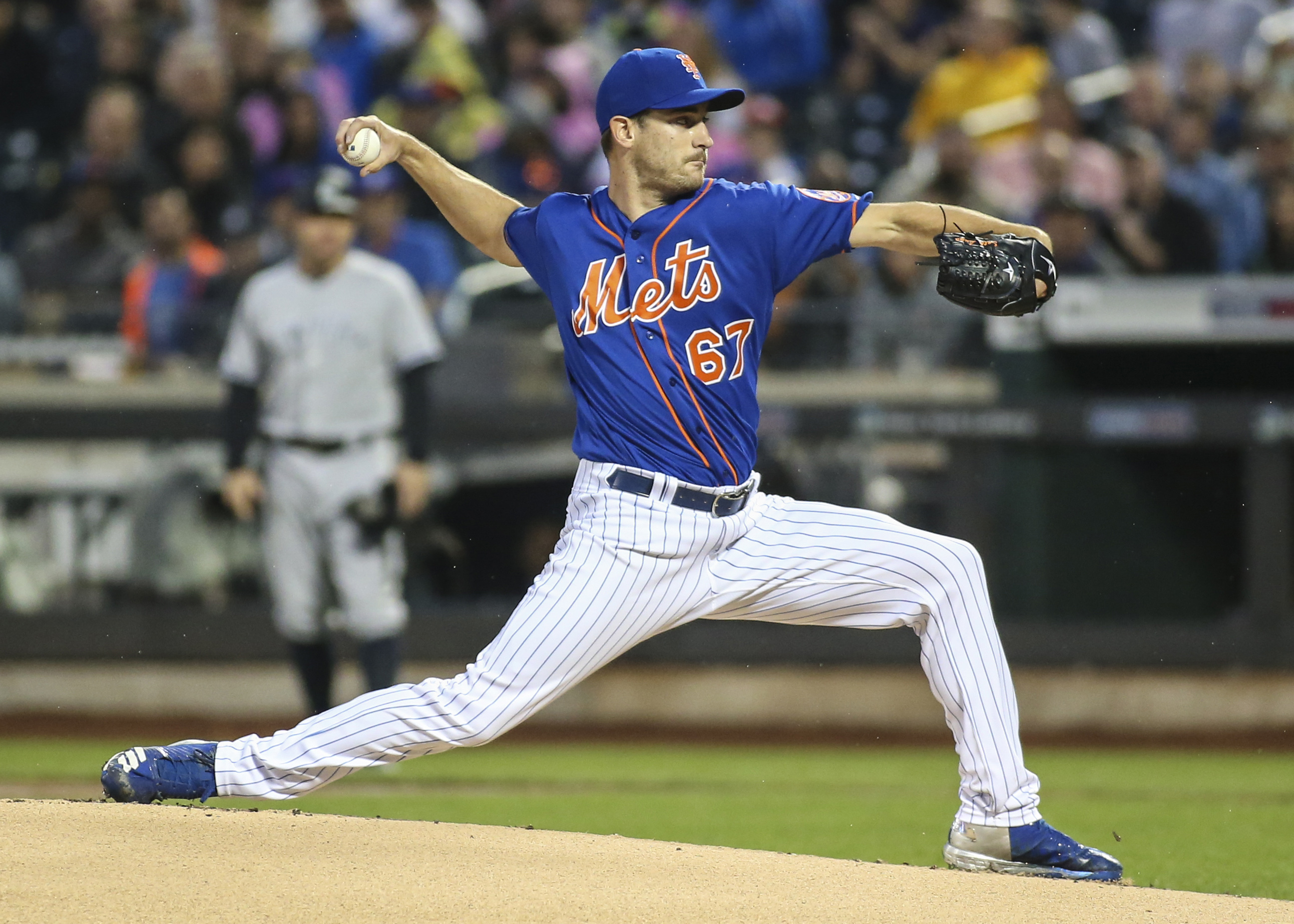 Is Seth Lugo More Valuable As A Starter Or Reliever For New York Mets?

There aren’t many players performing very well for the New York Mets of late, but right hander Seth Lugo is a notable exception. Lugo has been outstanding for the Mets this season, going 2-1 with a 1.77 ERA in 45.2 innings pitched. The majority of that work has come out of the bullpen, where Lugo spent the first two months of the season after a rainout cost him a chance in the rotation. Lugo finally got his chance to start when Noah Syndergaard went on the disabled list and has run with it, tossing ten scoreless innings while allowing only five hits and recording 11 strikeouts. The excellent showing from Lugo has created questions about where he creates the most value for the Mets: as a starter or coming out of the bullpen as a reliever.

When the Mets went with their top five starters in April, it made sense for Lugo to help prop up the bullpen with Anthony Swarzak sidelined due to injury. Lugo was an important weapon out of the pen for manager Mickey Callaway due to his ability to work multiple innings, giving him a weapon to deploy similar to how Callaway’s old club, the Cleveland Indians, liked to use Andrew Miller in critical situations. Lugo has already had 12 relief appearances where he recorded more than three outs, and in those outings he has pitched to a 2.28 ERA and 0.98 WHIP. That is truly great performance, and having a reliever who can pitch that well for multiple innings can really save the rest of the bullpen on certain nights.

If everyone in the rotation was pitching up to snuff, it would be a fairly easy call to leave Lugo in the bullpen, but that isn’t the case. Jacob deGrom has been stellar, Syndergaard will get a rotation spot once he comes off the DL, and Steven Matz has turned his season around after a rough start but the last two spots in the rotation have been a bit more questionable. Zack Wheeler has improved of late, but he has been very inconsistent this season, going 2-4 with a 4.57 ERA to start the year. The other problem has been lefty Jason Vargas, who was signed to a two year deal to offer stability to the middle of the rotation. Vargas has been awful for the most part, going 2-4 with a 7.71 ERA over his first seven starts, although the numbers for his last four (2-1, 3.50 ERA) are trending in the right direction.

The issue clearly comes down to whether or not the Mets have faith that Vargas can build off those last four starts and continue to move closer to his 2017 performance, when he tied for the major league lead with 18 wins. The Mets opted to skip Vargas’ turn for the second time this week, bumping up Zack Wheeler and Jacob deGrom to pitch in the Atlanta series, leaving Vargas in line for a start on Friday or Saturday in Arizona. That is coincidentally where Lugo should make his next turn, and (if all goes well in side sessions today and tomorrow) where Syndergaard could slot in over the weekend. Since the Mets don’t have an off day again until June 28th, they could let both Lugo and Vargas start for one more turn to form a six man rotation before deciding which one of them to move to the bullpen. Having them both face a good team on the road in the Arizona Diamondbacks could also be a barometer to determine who should stay in the rotation.

The Mets’ bullpen could certainly use Lugo’s help, especially with Jeurys Familia and A.J. Ramos on the disabled list, but if he continues to dominate in starts like he has it will be hard to put him back there. Lugo’s two starts have come against the Chicago Cubs and New York Yankees, two excellent lineups. The Yankees’ lineup, which is one of the best in baseball, saw Lugo for the first time on Sunday night and recorded only two hits while striking out eight times without drawing a single walk. Here’s an interesting historical comparison of Lugo’s first ever start against the Yankees, courtesy of Stats.com on Twitter:

That’s right, Seth Lugo just drew a comparison to Greg Maddux. No one is saying that Lugo is going to go on to win 300 games and get to the Hall of Fame, but if he keeps up these kinds of performances it will be hard to demote Lugo to the bullpen for Vargas. Vargas has also given the Mets zero length, failing to go more than five innings in any of his starts, so leaving him in the rotation could continue to tax an already suspect bullpen. Lugo appears likely to get at least one more start, and if he handles a third consecutive tough lineup with ease he could force Callaway to leave him in the rotation for good.