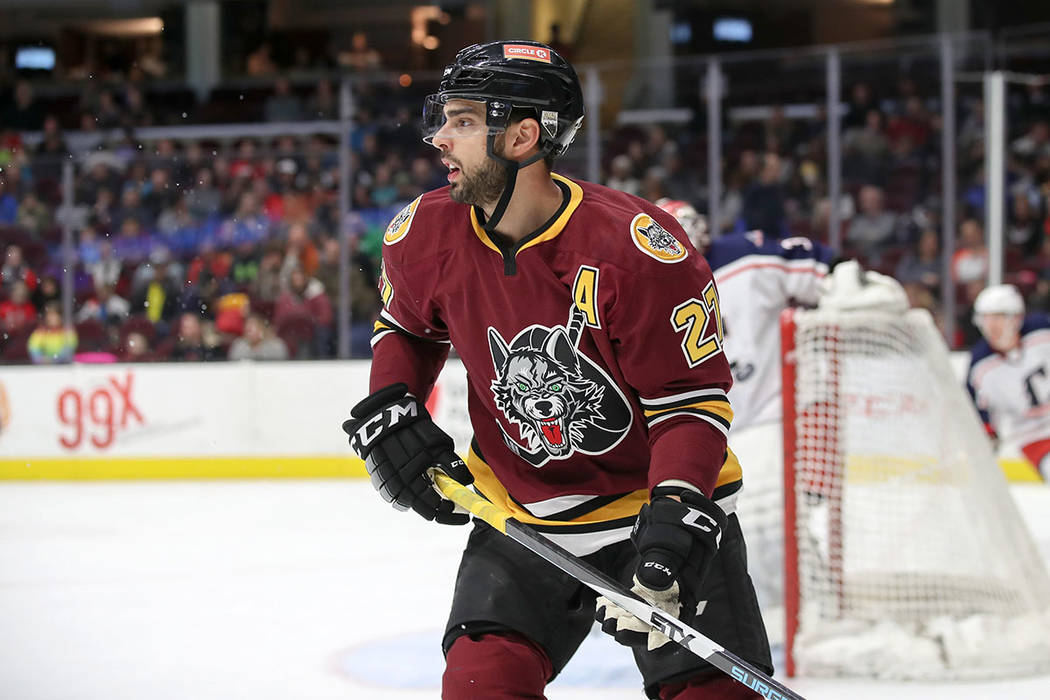 One of the big themes for this year’s ‘Off-Season Targets’ series has been finding value contracts for the Edmonton Oilers. We don’t know what we don’t know, and I’m still operating under the impression that Edmonton won’t be able to clear cap space heading into the summer.

Even if the Oil can off-load a little money, they’ll still need to find value contracts for the coming seasons. That means looking at the bottom of other team’s rosters for breakout candidates and AHL players who are ready to take the next step.

That brings us to Brandon Pirri, who appeared to be getting a great chance when he landed with the Vegas Golden Knights last summer. He was unable to stick with the Knights, however, but showed great promise in the AHL.

Pirri was supposed to get a chance to establish himself as an NHL’er once again. He was unable to do that, however, and ended up with the AHL’s Chicago Wolves. Even though he impressed in a two game cameo, Pirri couldn’t get the attention of the coaching staff and never made a mark.

There’s every chance that players like James Neal and David Perron leave for more lucrative contracts this summer, but Vegas should return a healthy amount of this year’s roster.

That likely means no room at the inn for Pirri, who probably wants to find a place that will afford him a better chance at NHL work anyway.

Brandon Pirri’s strongest attribute is one of the toughest things to do in the NHL, he excels at scoring goals. Pirri popped 22 during the 2014-15 season in Florida, and added another 14 in 61 contests in 2015-16 split between the Panthers and Ducks.

He’s been unable, for whatever reason, to gain traction since. He appeared in 60 games in 2016-17 with the New York Rangers, but only managed eight goals all season. This year, after heading to Vegas, he only managed to appear in two NHL games.

He did post three goals in those two games, however, and was one of the best goal scorers in the AHL. He lit the lamp 29 times for the AHL’s Wolves, finishing the season with 52 points (29-23-52) in 57 games.

It’s an extremely small sample size, but Pirri was given a legit look in his two NHL games (17:37 TOI-per-game) and fired eleven shots on goal. He’s got a very good shot, and isn’t afraid to use it.

Here’s a look at Pirri’s scouting report via The Hockey News.

Assets: Has a wealth of skill and shooting ability. Can both set up linemates and finish plays off with aplomb. He shoots the puck often, too, which helps him produce good numbers.

Flaws: Is an extremely streaky scorer and generally lacks consistency. Also lacks a bit of bulk for his 6-0 frame and the physical strength to win board battles with regularity.

It’s tough to say where Pirri should play, but I do think it should be in the NHL. He proved in the AHL this past season that he is good enough to get another extended look in the big leagues. I think he could handle a third line scoring role on a consistent basis if given the chance.

In Edmonton you could make a case for Pirri, a left-shot center, on Leon Draisaitl’s left wing on line two.

Pirri would be eligible for a Seattle expansion draft, but it’s fair to suggest that this contract will have no bearing on that process. I’d be stunned if Pirri landed a multi-year deal.

After signing a one-year deal with Vegas last summer, Pirri is likely in line for another short-term contract. His cap hit was $650,000 and I think it is fair to suggest that he’ll come in around that total again this year.

Bottom line is, after a year in the AHL, Pirri is in the bargain bin and won’t be getting a big payday. I could see a one-year deal around $725,000 getting it done with this player.

Again, Edmonton badly needs value contracts moving forward and the best places to find those are the draft and in free agency. Players like Pirri, who have proven they deserve an NHL look, are exactly the type that Peter Chiarelli should be after.

When Pirri reaches market in less than a month, I think it would be wise for Edmonton’s management team to place a call. These are the bets a smart hockey team makes. Not all of them will pan out, but the ones that do will be huge towards achieving success with star players making big money.