Your Morning Dump... Where It's Another Off-Season Preview! 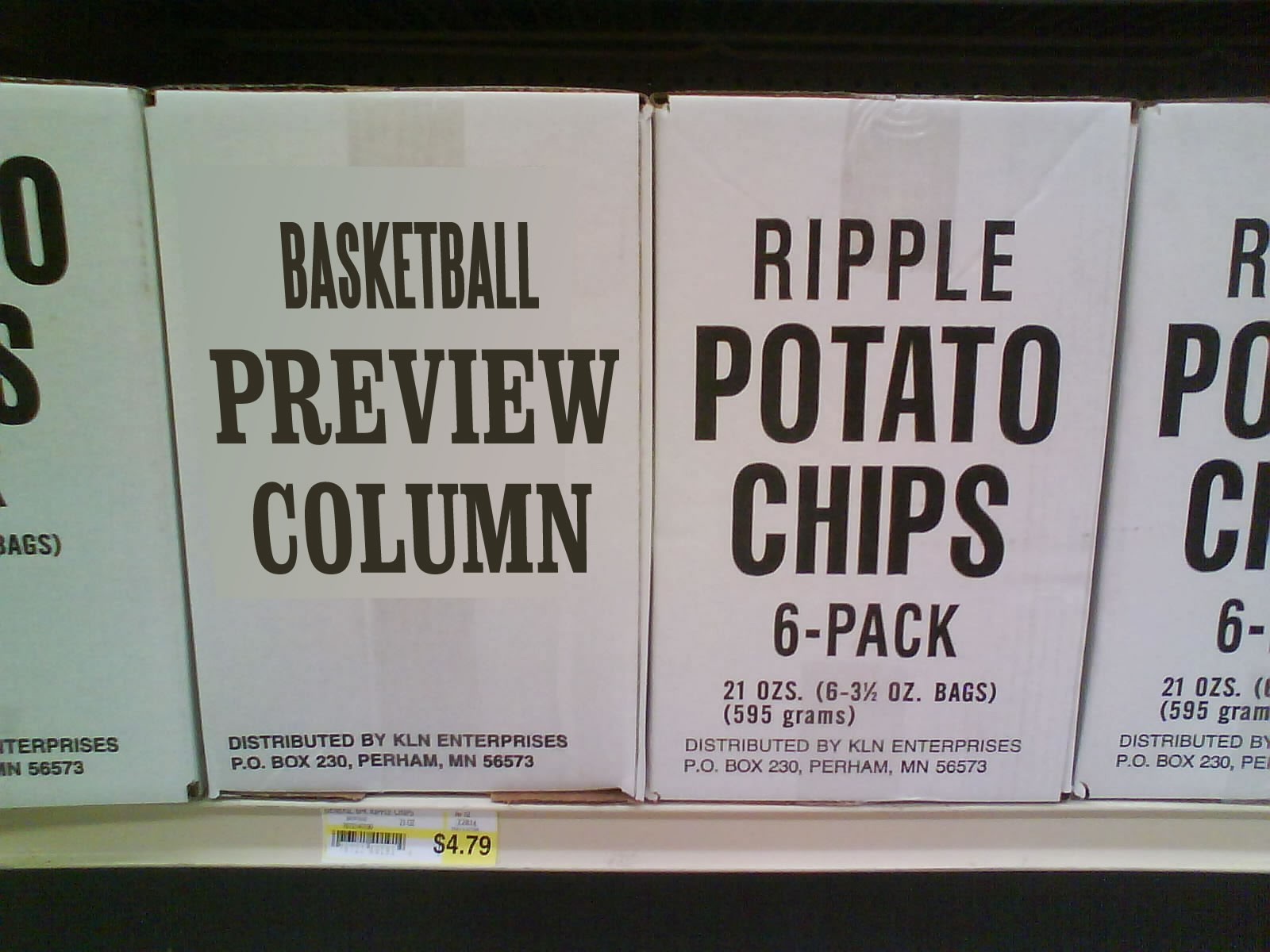 Your Morning Dump... Where It's Another Off-Season Preview!

The NBA Finals kind of stunk, but fortunately for the NBA, the Finals don’t need to be the best part of its year. Not anymore.

Last offseason was a damn party. In addition to the usual free agent shuffling, you had the first overall pick being traded before the draft for the first time since 1993 and one of the best players in the league on one of the best teams in the league deciding he no longer wanted to play with the best player in the league. And after a lopsided trade involving the aforementioned player was agreed upon, the team being hosed realized it and held up the trade so they could get . . . a second-round pick.

It seemed like every single thing that happened became a meme. “Tatum better” became the cry of a generation. There were so, so many bad Photoshops. By the time all was said and done, major moves like the Jimmy Butler and Paul George trades seemed like afterthoughts.

…AND the Chris Paul trade.

This summer we’ve got LeBron on the move, a bunch of teams with cap space getting ready to woo him, the Sixers are a hot steaming mess, the Raptors won the East’s regular season crown and (they just hired one of Casey’s assistants, ed.), and the NBA’s middle class is its usual riot of teams on the rise and on the decline–all looking to accelerate their trips to the top or the bottom during the few months where people outside their fanbases actually have a modicum of interest in their existence.

And we’ve got an extra week for all of this because the Cavs stink.

So what’s coming up?

The Kings picking at No. 2 don’t have that obvious selection the way the Lakers did with Lonzo Ball. Luka Doncic could seemingly go anywhere from second overall to sixth. Sacramento will have to determine whether Doncic, Jaren Jackson Jr. or Mo Bamba will be their guy.

As for the Celtics, they don’t pick till No. 27. They certainly have the pieces to move up, but it’s a stretch to think they would do so for Bamba just because they interviewed him at the combine. (NBC Sports)

If the Celtics stand pat with No. 27, director of player personnel Austin Ainge said the team has narrowed down their list of leading candidates to 10 prospects

In addition to an athletic big man, the Celtics could also be looking for a versatile guard to replace either Rozier or Marcus Smart — depending on how the offseason shakes out. Some names that could be available at No. 27 include Villanova’s Jalen Brunson, Villanova’s Donte DiVincenzo, Michigan’s Moritz Wagner, Duke’s Grayson Allen, Maryland’s Kevin Huerter, and Western Kentucky’s Mitchell Robinson. (Boston.com)

This is the first pick of the post-Nets era, and the Celtics look to be drafting from a title contender’s spot and if they stay in that spot, whatever happens in the draft is likely to have minimal impact on the team. Sure, the C’s might trade up, but there are so many variables involved, an actual trade seems unlikely. Yes, there are teams out there that–in theory–would agree to something like Kings/Grizz pick(s) along with (perhaps) Rozier, but those scenarios almost always make more sense in the media than between GMs.

The 24-year-old recently told ESPN’s Jackie MacMullan that he thinks he’s worth “more than $12-14 million” per year.

“My heart’s here,” Smart said during his exit interview. “I want to be here. I love this city. I love this team. I love the atmosphere it gives off. I’ve been here for four years. My heart’s here, but there’s definitely going to be some factors that go into it.” (Boston.com)

I like what Marcus Smart brings to the Celtics.

I don’t think he’s going to get an offer from another team for over $14M.

I mean, it might have happened if free agency started the day after the Celtics were eliminated from the playoffs, but going past $14M for Smart is kind of getting into stupid GM territory, and one of the things that makes most stupid GMs stupid is their lack of a long-term memory. Already, Smart’s winning plays, which show up only on film, are fading from consciousness, while his horrific offensive stat line is just as easy to access on basketball-reference.com as it ever was.

Baynes? Baynes will probably be one of the last players the Celtics take care of, if they re-sign him.

Monroe is probably gone. Unless he signs a vet’s minimum deal with the Celtics, or something dang close to that, I think he’s going to be playing elsewhere next season.

Larkin? I think the Celtics Evan-Turner-ed Larkin into a guy who’s going to get a decent contract from another team because of how well he did for the Celtics after Kyrie went down.

The rest of the league:

According to The Ringer’s Kevin O’Connor, Celtics assistant general manager Mike Zarren is one of the top candidates to replace Colangelo. Zarren was previously considered for the job when the Sixers were hiring in 2013 and reportedly was given an offer that he ultimately turned down. (Boston.com)

Five years have gone by since Zarren interviewed for the Sixers job.

Five years during which Josh Harris’s incompetence as an owner have been brought into stark relief.

After a decade and a half working for Danny Ainge and for competent owners, it’s hard to see why the Sixers job would be attractive.

‘…but Embiid! Simmons! Their future!!’

Zarren’s been around long enough–and ought to be smart enough–to realize that if you want to be a GM for one team long-term, it’s not about the players on the roster–it’s about the guys signing the checks. And in that respect, Josh Harris is no match for Wyc.

The Second Summer of LeBron

Should James join the Los Angeles Lakers, the Houston Rockets, the San Antonio Spurs, or another Western Conference team, the East would open up as Boston’s conference for the taking. The past eight teams to represent the Eastern Conference in the NBA Finals have been led by James.

Should James join the Philadelphia 76ers, however, the Celtics’ level of competition would heat up. The Sixers own six picks in the 2018 NBA Draft and already have two of the league’s biggest superstars, center Joel Embiid and point guard Ben Simmons, on their roster. Adding James to that mix would make Philadelphia quite the formidable threat. (Boston.com)

Up until a few weeks ago, I thought LeBron-to-Philly was a lock. Then the Colangelo story blew up and now I’m not so sure.

I don’t put much stock in the Celtics going after LeBron–I think the Celtics are trying to set themselves up for at least a decade long run, and frankly, acquiring LeBron would not make them significantly better in the short term (because of who they’d have to give up to acquire him via trade), and it would dramatically impact their long-term prospects (again, because of what they’d have to give up in a S&T).