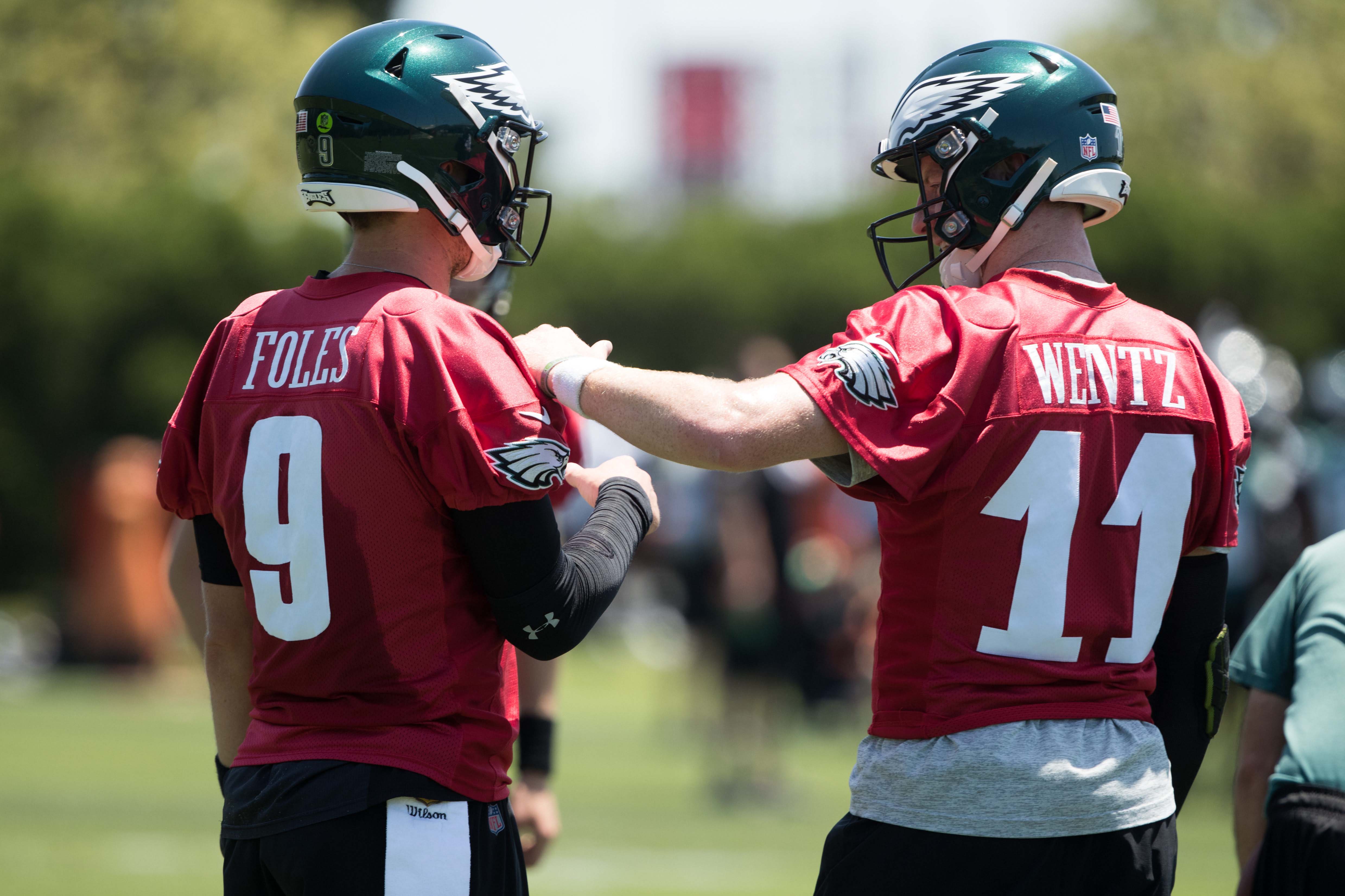 Wentz was asked for an update in how he has been progressing in his recovery process, having underwent surgery back in December. From the looks of things, it appears quite well, as he’s already been taking snaps under center at OTAs, and has been able to throw after successfully doing a five-step drop.

Reporters wanted to hear it straight from the source, though, so Wentz was asked about his knee on Wednesday. He had this to say.

Carson Wentz on his rehab: “As my man Joel Embiid would say, just keep trusting the process.”

Clever job by Wentz channeling another Philly sports star — providing very little information in answering the question in doing so.