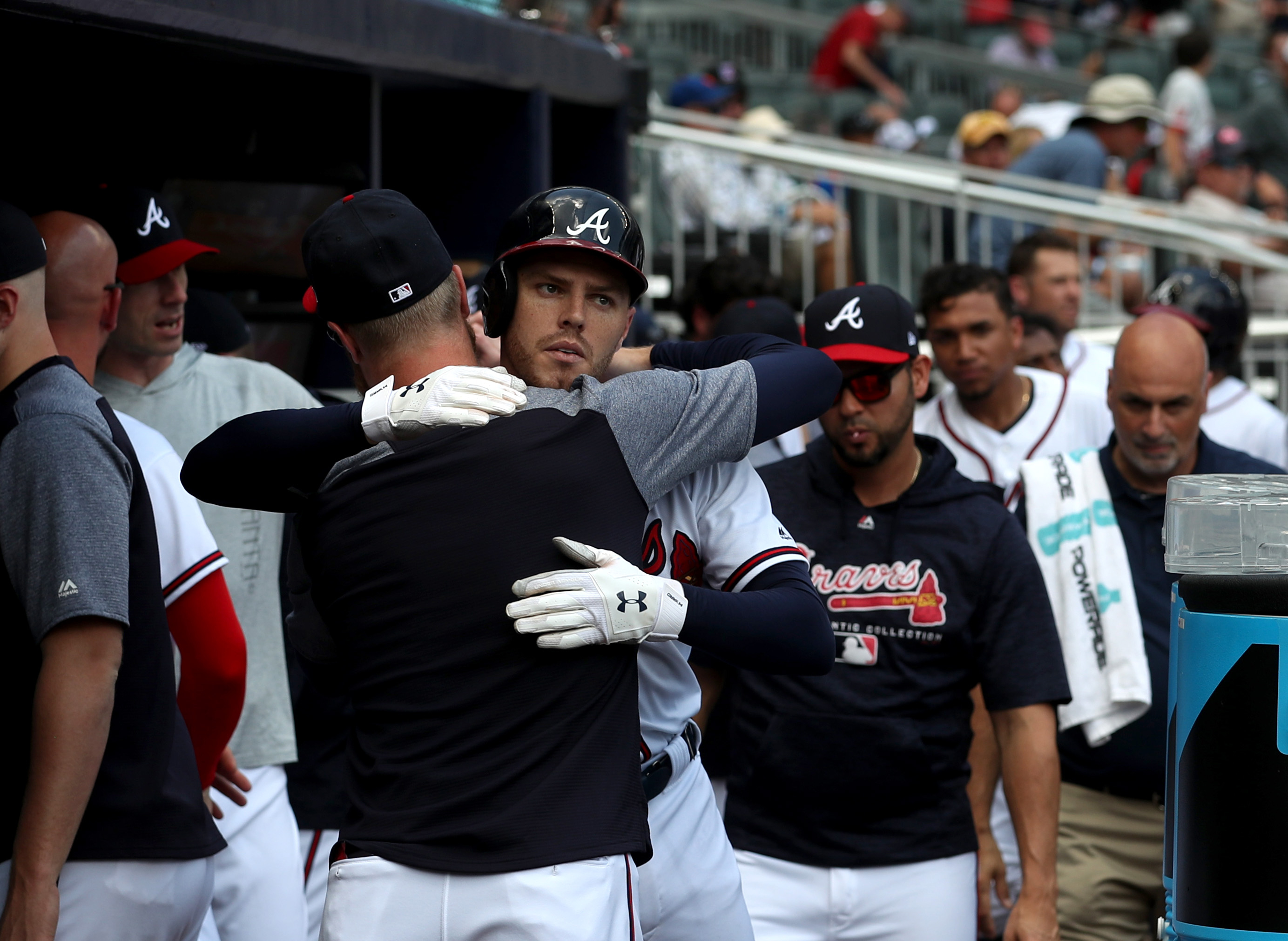 Freddie Freeman’s big day at the plate on Wednesday helped power the Braves over the Mets, 2-0.

Freeman went 2-for-4 at the plate, with two RBIs. The home run he hit was huge, and helped give the team the momentum it needed to roll to victory.

It was an emotional day for Freeman, though, as Wednesday marked the 18th anniversary of his mother’s death. She passed away from skin cancer awhile back, and Freeman believes she helped will his home run into the stands.

“I hit that really high. I know I hit it good, but I think she pulled that one over for me,” he remarked.

"I hit that one kinda high, toward the sky. That one was for my mom today."

Freeman clearly still keeps his mother near and dear to his heart, every day.