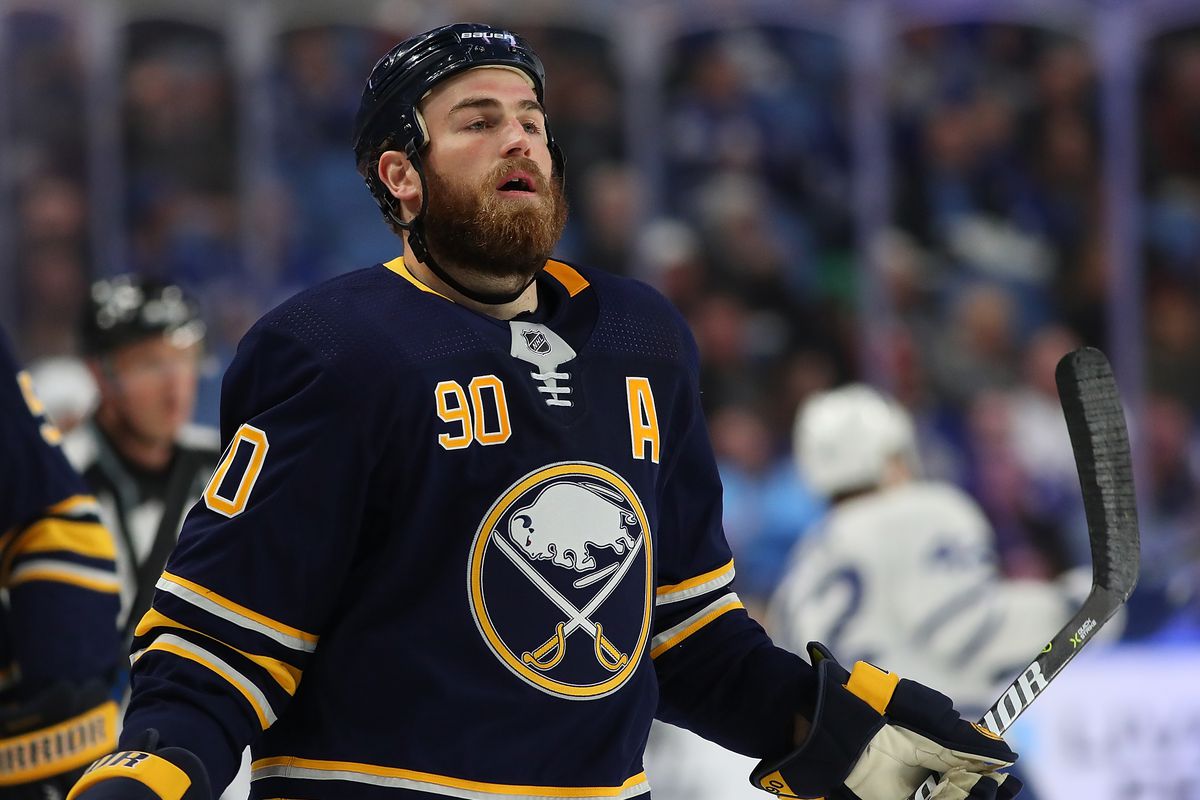 What happens if the Edmonton Oilers do in fact move money out in the coming weeks? Does that mean GM Peter Chiarelli is going to go big game hunting? It might. If he does, odds are it will be for a right-shot defender. I, personally, think adding another forward to the group is a better investment.

The Buffalo Sabres are looking to tinker with their core once again. That means there will be valuable players on the market from that roster. Ryan O’Reilly, to me, is the most appealing player to acquire.

O’Reilly is a proven top-six forward, a strong veteran presence and excels at the two-way game. He’d be a great fit for an Oiler squad that needs help in just about all of those areas.

The Sabres embarked on a true rebuild prior to the 2014-15 season in hopes of landing Connor McDavid. They didn’t, but Buffalo has been stockpiling great young assets ever since. I firmly believe Jack Eichel is a franchise player, while Sam Reinhart, Rasmus Ristolainen, Casey Mittelstadt and soon Rasmus Dahlin form a nice young core in Western New York.

O’Reilly really should be part of that group, but he’s already 27-years old and could return the Sabres a strong package of young assets to help with their rebuilding effort. After making some brutally honest comments following the season, trade speculation has revved up regarding the veteran.

A trade now seems inevitable as we chug towards the entry draft next week.

O’Reilly is truly one of the better two-way players in the NHL today. He’s got the ability to post offense, and is strong away from the puck. He posted a strong offensive season with the Sabres, registering 24-37-61 in 81 games. It was his fifth straight season with more than 50 points, and second career season over 60.

Not only is he coming off of a strong season, but he’s been consistently a very good offensive producer in the NHL. That has exceptional value. He averaged 20:49 TOI-per-game with the Sabres, while posting a 50.8% Corsi For on one of the worst teams in hockey. He was excellent for the Sabres. (Numbers via Hockey-Reference)

Unfortunately for Edmonton, O’Reilly is a left-shot forward who mostly plays center, but he does have the ability to play on the wing. This is just me speculating, but I do wonder if bringing him in to center line two could free Leon Draisaitl up for more work on the wings. It would sure make the Oil’s top-six lethal.

Here’s a look at ROR’s scouting report via The Hockey News.

Assets: Has a motor that doesn’t know the word quit. Is sound defensively and does the little things that help win games. Also produces good offensive numbers, especially when his team needs it most.

Flaws: Is not overly physical in the NHL. Also, he does not have ideal size for the National Hockey League game. Needs to become a more consistent goal-scoring option at the highest level.

O’Reilly is, without a doubt, a top-six forward in the NHL. In fact, I have him as a first line option. He’s a complete player and someone who can drive a line, post offense, and play responsibly.

In Edmonton, I’d slot him on the second line as the center. I’d shift Leon Draisaitl to right wing on that line and watch that duo terrorize the west when Connor McDavid and Ryan Nugent-Hopkins aren’t on the ice.

Hey, a guy can dream, right?

O’Reilly will be under contract during a Seattle expansion draft and would need to be protected.

O’Reilly is under contract until the summer of 2023, meaning the team acquiring him will have him for the next five seasons at a minimum. His cap hit is $7,500,000 million, but his base salary is just $1,000,000 for each of the final five years.

In terms of trade assets, the tenth overall selection would have to be in any deal involving O’Reilly coming to Edmonton. I’d also think that one of Kailer Yamamoto/Jesse Puljujarvi would have to go the other way as the Sabres try to maximize value. I could see a player like Andrej Sekera or Kris Russell being thrown in from the Edmonton side to help even off the cap situation.

This would be an expensive acquisition in terms of both money and assets going out the door.

After Erik Karlsson and John Tavares, I believe that Ryan O’Reilly is the best player on the market this summer. He’s a legit first line center who posts offense and plays a terrific two-way game. Any team acquiring him is instantly better for it.

The Oilers would really benefit from adding a player of his ability to their roster, but I’m just not sure it is possible at this time. Edmonton’s cap situation makes things very difficult and I’m not sure they have the young assets to make this happen.

To me, ROR is close to a perfect fit for the Oilers, but I just don’t think they can make it work right now. It’s too bad, because I’d love to see duos of RNH/McDavid and ROR/Draisaitl wreck havoc on the league.