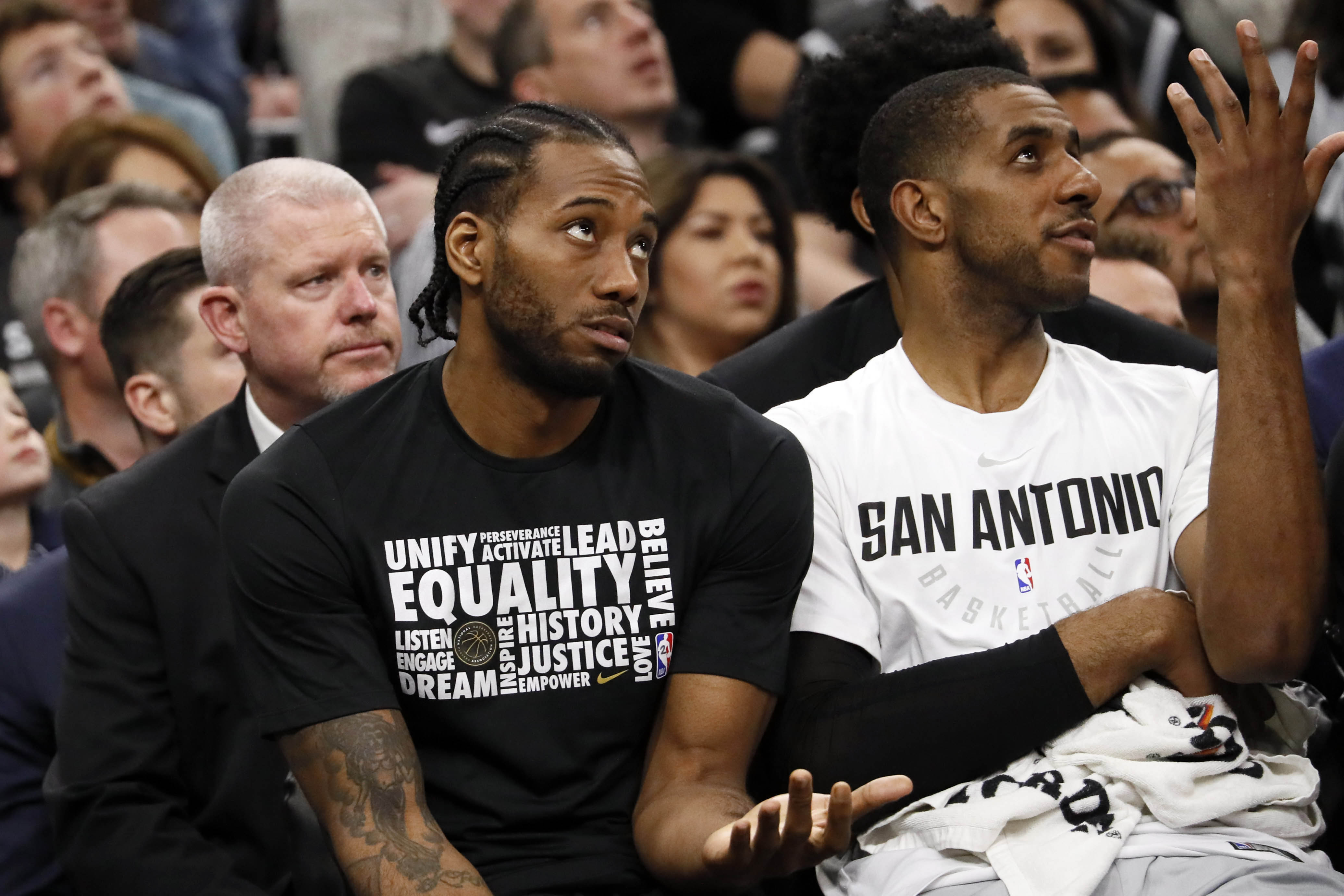 In the wild mystery of Kawhi Leonard’s 2017-18 campaign, it was never clear anybody pursued Kawhi Leonard at the trading deadline. Apparently, one team was on the prowl to pursue a title with Kawhi this year. According to RealGM, The Boston Celtics called up San Antonio and made an offer for Kawhi.

The Boston Celtics made a trade offer to the San Antonio Spurs for Kawhi Leonard before the February trade deadline but it was rejected. The Spurs never made a counterproposal to the Celtics.

San Antonio wasn’t willing to even discuss trades for Leonard in February and they remain resistant to trades so far this spring.

Since then, Jaylen Brown and Jayson Tatum have become more proven NBA players while still on rookie contracts. They appear now more likely to keep their young core together than dealing for Leonard.

From RealGM’s report, it looks like Tatum and/or Jaylen Brown were involved in a possible deal. They also cited in their report that the 76ers and Los Angeles Lakers are still on the hunt for a Kawhi Leonard trade this offseason. While both teams can pull off a trade, Gregg Popovich has stated that the Spurs won’t trade him within the West to begin with. So, advantage Philly as of now.