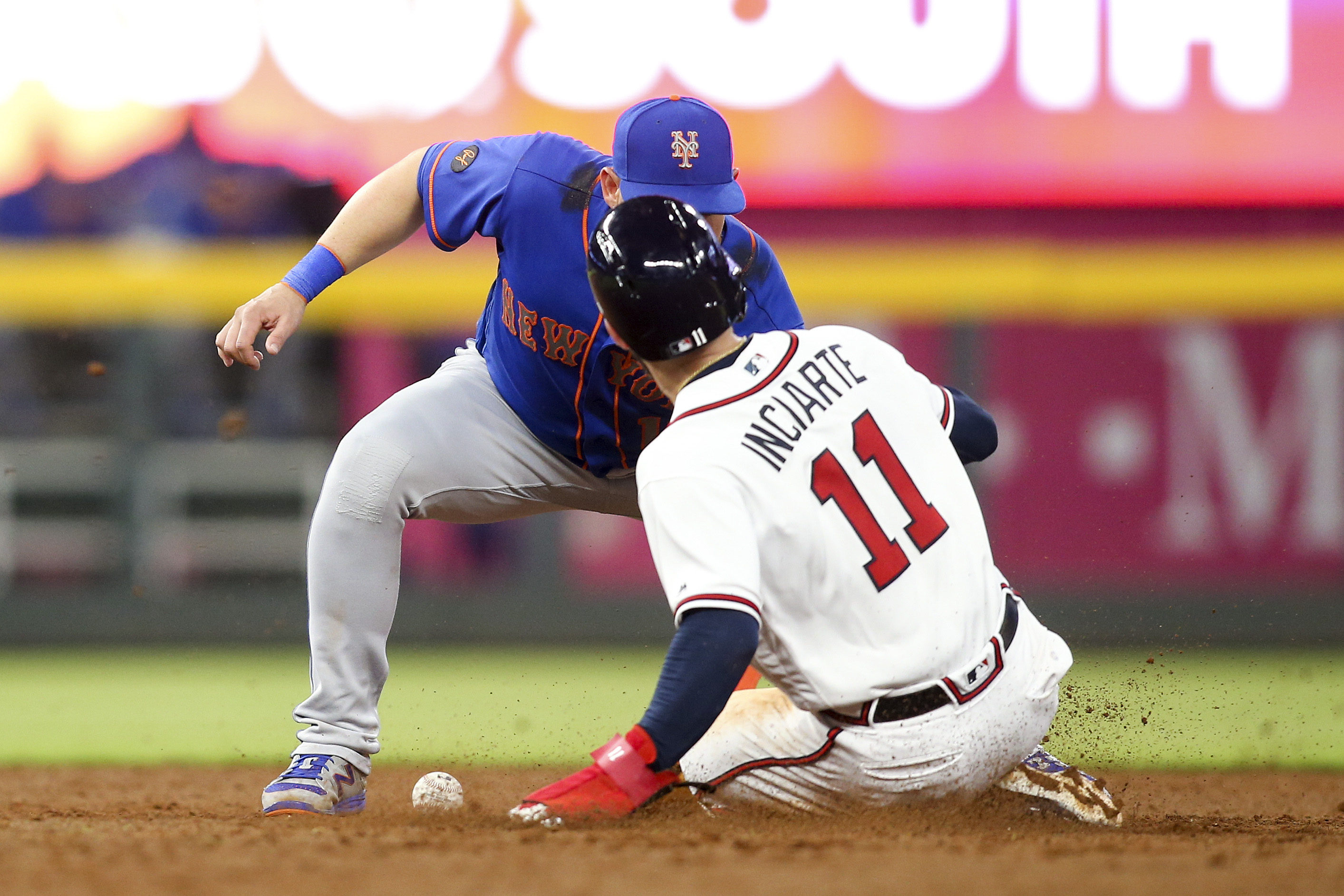 This video was making the twitter rounds tonight. Have you seen it?

(Be careful with how high you pot the audio if you’re in a public place.)

How have I never seen this with the audio before? pic.twitter.com/SGg9KNZk2l

What the Mets organization should probably know, although they probably wouldn’t care if they did know, is that it was the angriest I would get all night.You think it’s bad that I still get mouth wateringly angry over a game that took place 977 days prior (not that anybody is counting), I think it’s worse that I didn’t even get half as angry about Tuesday’s loss to the Braves. Why would I? It sure as hell looked like nobody else seemed to give a damn and were willing to let the game go to hell.

In the sixth inning, after Zack Wheeler gave up the 2-1 lead he had on the first pitch to Freddie Freeman, the Mets left Wheeler in to see how far he could go. Fine. Wheeler had given up his first run on a few bleeders including the run scoring hit which was an Ender Inciarte looper to the left side. (Remember this as we go along.) Nick Markakis singled. Then Tyler Flowers was lucky to escape a double play as the Braves bailed him out with replay. Then Johan Camargo singled, and Flowers luckily got greedy and tried to go to third but he was gunned down.

Now Inciarte is up. and knowing where he hit his first single of the inning, you would think that maybe Amed Rosario wouldn’t bird dog Camargo back to second so much. But he did, Wheeler missed his location by enough, and Inciarte gave Atlanta the lead. Now, you’d think the clock is on for Wheeler, right? Remember that Mickey Callaway was thrown out of the game earlier arguing a call (he must have seen the Collins video too.) So he’s managing from either a dark hallway or the quiet room. Dave Eiland is now watching Wheeler most closely.

Inciarte steals second on a ball that Asdrubal Cabrera flat out drops. Eh, whatever, right? Wheeler then walks Charlie Culberson. Okay, can we go get him now? Eh, Wheeler can stay. Shrug emoji. Wheeler then walks Preston Tucker. Now, finally … Callaway replaces Wheeler from his spot in the valley of the damned, and Paul Sewald comes in to face Ozzie Albies with the bases loaded. I’m sure you can guess what happened at that point.

And then if you were unsure if the Mets had thrown in the towel, they let Sewald … who wasn’t in on a double switch even though he was due up third in the inning … bat for himself down by five with a five man bench. That bullpen couldn’t have been that beat up after a day off, could they have?

Eh, whatever. Get ’em tomorrow, right?

I know the Mets are probably not into full blown apathy. This is probably just a symptom of weeks of “what the hell do we do now?” But the fact that apathy is creeping in to my soul on June 13th is not a good sign. When I’ve reserved all my hope for a raccoon climbing up a building, that’s a problem. While I’m not longing for the days of Terry Collins, I long for the days where I can still get a little angry like Collins did.