There is 'growing belief' that Paul George will remain in OKC 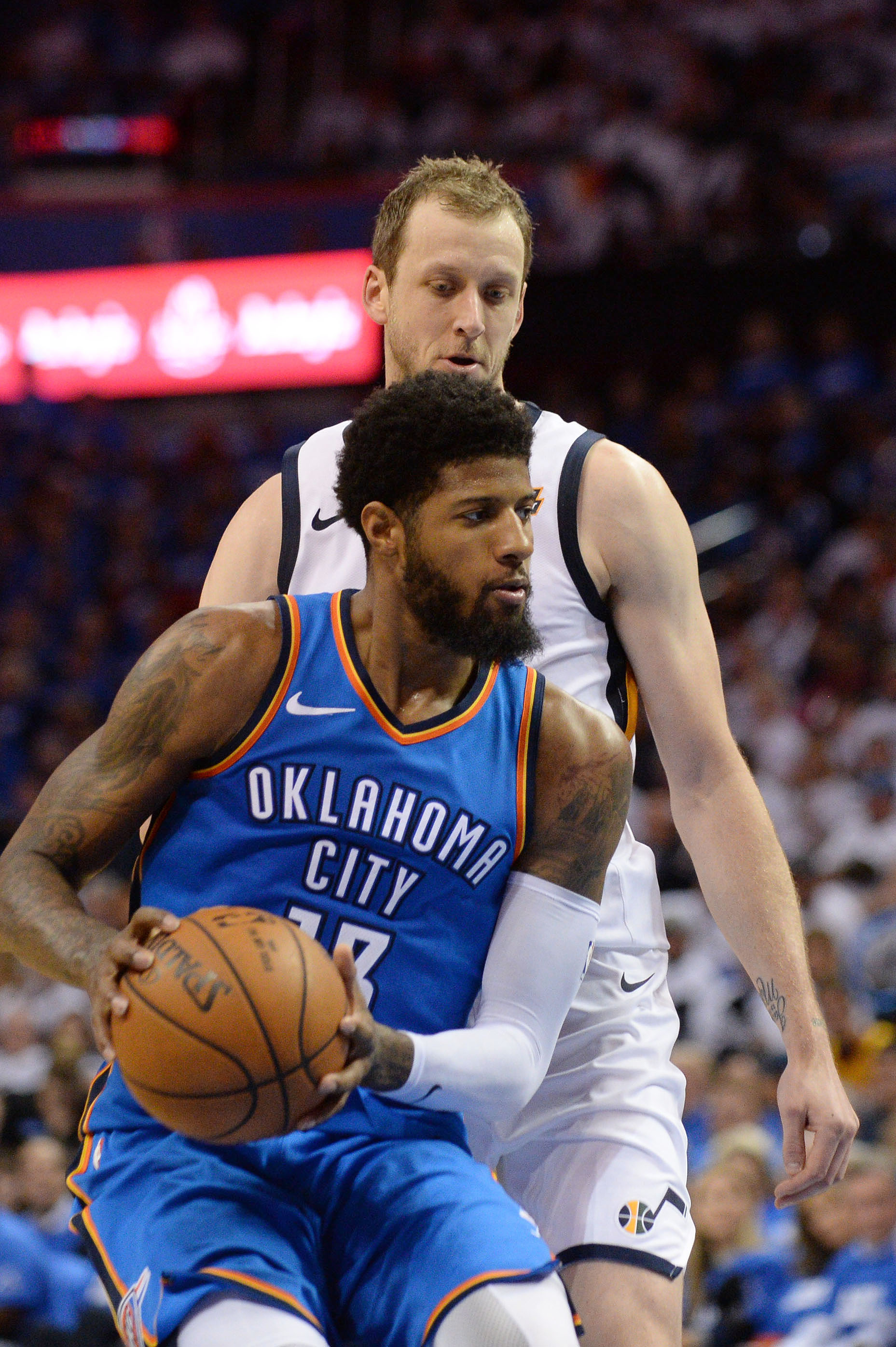 There is 'growing belief' that Paul George will remain in OKC

According to the  NY Times  the Oklahoma City Thunder are not close to out of the race for Paul George. Paul George is believed to be the ‘co-star’ that will join up with LeBron James and has wanted to be a Laker for over a year. But, the Thunder are still a big factor for the PG13 race.

There is a growing belief around the league that Oklahoma City has a far better chance to retain the free agent-to-be Paul George than many believed when the Thunder crashed out of the first round of the playoffs.

As George prepares to field the Lakers’ long-anticipated interest, his willingness to post an Instagram picture of himself last month from a hospital bed after undergoing arthroscopic surgery on his left knee has helped to fuel the notion in some corners that he’s in no rush to leave OKC.

Maybe he’ll re-sign in Oklahoma City for one season and test the 2019 market. It’s never certain he will go to LA, or LeBron will be joining him. By then, the Chicago Bulls could have a ton of cap space and be willing to give George a huge contract. Or, maybe he wants to see the current Lakers mature more. There remains a lot to be seen still for George.