Why Not Winning in 2018 is GOOD For Pittsburgh 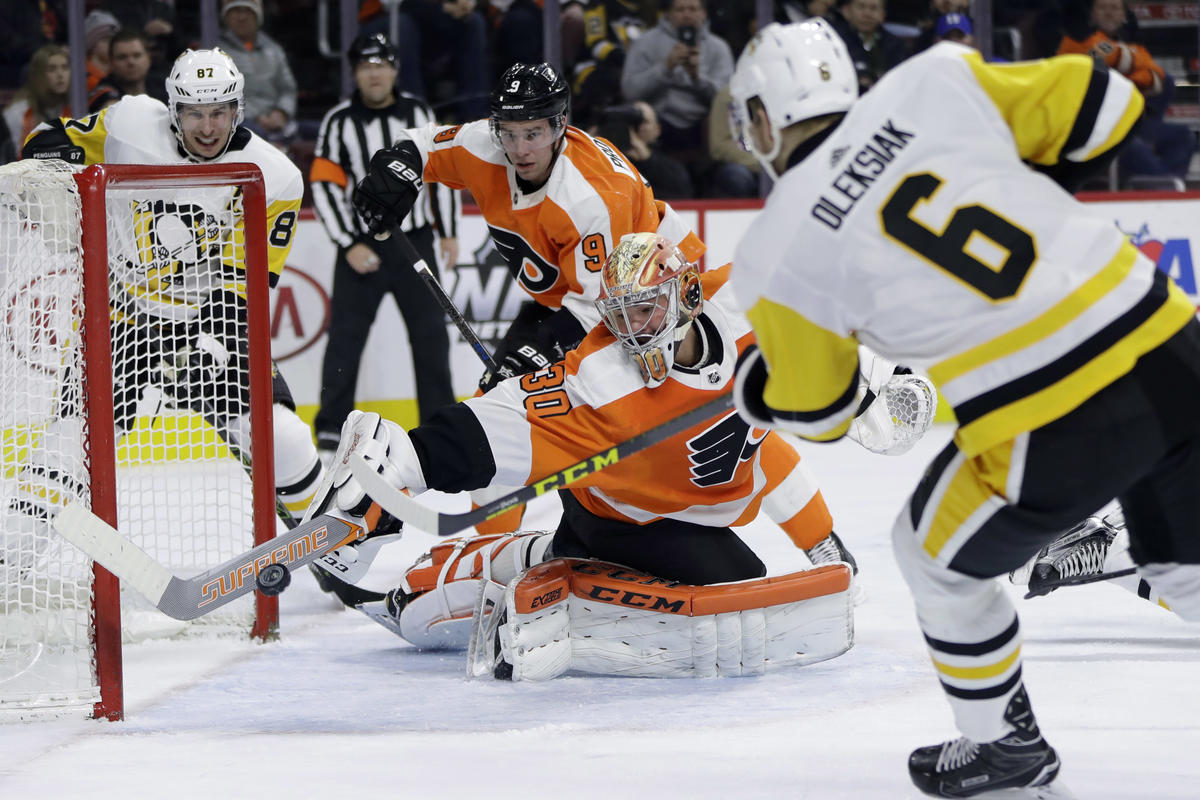 Why Not Winning in 2018 is GOOD For Pittsburgh

There are many views to take on the Pittsburgh Penguins second-round loss this year. We’ve seen anger. Frustration. People insistent that despite winning the last two cups, this is the one these players would take to their graves like the 1980 Red Army when they lost in Lake Placid. Truth is, that by and large its all perception. I can tell you until I’m blue in the face it’s X, Y, or Z but what truly matters is what you think. So that’s just what I’m going to do. Give you the reason that the Pittsburgh Penguins not winning the 2018 Stanley Cup is the greatest thing that could have happened to this team at this time. Let’s begin, shall we?

The first lesson about being king of the hill is that everyone is gunning for number one. I learned this lesson in heartbreaking fashion in the fall of 2013. I was working for then, then-undefeated No.1 Penn State Women’s Volleyball team. Michigan State was visiting for a Wednesday match days after the teams No.1 ranking. I then watched as the best team in the country (no, literally they ended up winning the National Championship that winter) lost its very next match. Sports don’t always make sense. But there’s something that makes me nervous about being number one.

When you aren’t number one you’re working to get to number one it’s a singular goal. But when you are, you’re working 30 times as hard because that’s how many other teams that you need to fight off to stay number one (at least in the NHL). The Penguins most remarkable feat of their Back-to-back Cups almost isn’t the Cups themselves. It’s coming back from out of the playoffs in ’16 and winning without Letang in ’17. Even this year, this was the weakest Caps team we’d seen in ages. And that’s the one that won. Sometimes, sports are just silly. And being number one is a lot more stressful than being David and taking down Goliath. Plus it’s more fun that way.

Second of all, as someone who struggles already with anxiety being able to breath easy during the Stanley Cup Final and eat non-superstition based meals was really nice. Look, I know it’s silly. I know superstitions are weird. But this is hockey and our three-time Cup winning, two-time Conn Smythe winning Captain eats the same meal every game day, don’t look at me. Superstitions are the way of the NHL playoffs. And nothing is more calming than not worrying about them after two years of being scared to death to break one.

But the real and great upsides weren’t about me or you. They were for the actual Penguins. The guys who play on the ice. Sidney Crosby is going to put a picture of Alex Ovechkin with the cup in his home gym. Evgeni Malkin is going to feel the need to assert dominance over fellow Russians. Kris Letang is finally getting the off-season he needs. Derick Brassard is about to cost a song. And even better, they get to spend time apart! Because look, they’re a team but you can only live inside of each other’s pockets for so long before you want to kill someone.

This loss? May convince Sullivan it is time to see what Daniel Sprong can do. Maybe this loss keeps the young infusion we’ve seen since 2016 going. It’s a motivator to Malkin to be his best. Maybe it makes GMJR go out and get that extra defender or trade a contract like Sheary’s. It’s giving Carl Hagelin time to heal. All leading to the moment where Matt Murray looks up, ice in his veins, ready for another 82 game plus season.

So yea, they didn’t win. But they already made history. And they already proved they’re legit. I mean its not like they just lost back-to-back Stanley Cup Finals, eh James Neal? So really, why isn’t a nice long summer good change? Time for Olli Maatta to get drunk in Europe instead of on the Boulevard of the Allies.

But don’t worry, the party will be back again soon. If there’s one thing a longer summer will do its make the heart grow fonder. This team will return to camp ready to finish the thing they start every October. And this time, they’ll have more conditioning and recovery time than they have since before Mike Sullivan became head coach. Not to mention Mike Sullivan will have more time to break down tape and see what needs to improve for 2018.