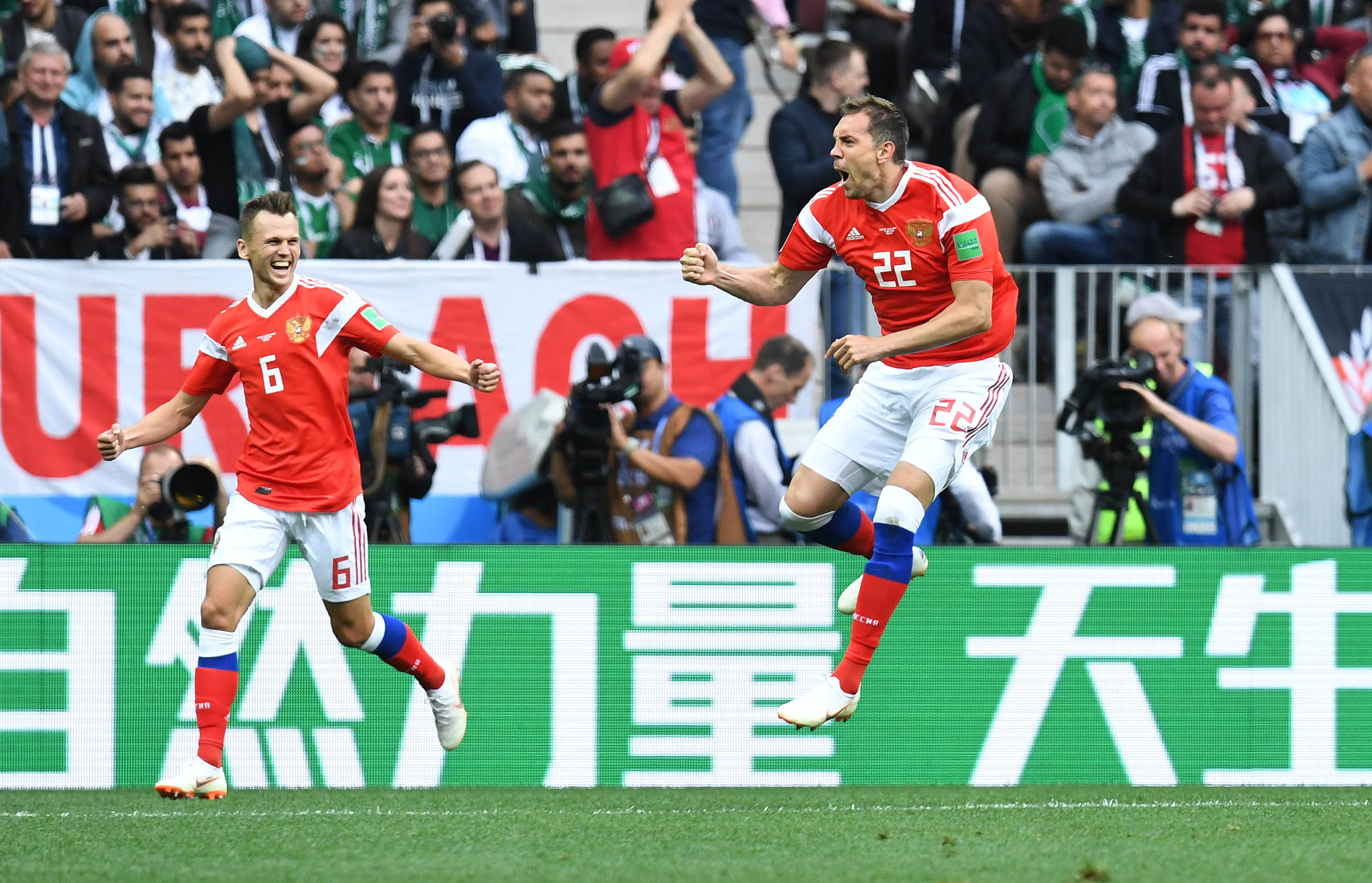 Russia and Saudi Arabia battled it out in the first match of the 2018 World Cup on Thursday. The match was never really close, Yuri Gazinskiy opening the scoring in the 12th minute, en route to a 5-0 blowout.

Saudi Arabia’s defense easily gets the nod for “worst” of the World Cup so far, but there were more accolades from the match. Here are a few of them.

While much was made about the advancing age of the Russian defenders, the Saudis were rarely able to advance into the final third and challenge the Russian fullbacks.  The midfielders were able to move the ball forward to the Russian strikers, who took advantage of Saudi defensive miscues and score five times.

Biggest loser — the viewers of this match

While Saudi Arabia finished in 2nd place in their AFC group and Russia is the host country, this match was on the world stage, but the play was hardly world class.  Is Russia that good or is Saudi Arabia that bad? With Egypt and Uruguay waiting in the wings, the Saudis might be the worst of the 32 teams playing for this tournament.

Most of us believe it is impossible to separate football from politics. Yet, after the Russian goals, the TV cameras panned to the private box where Russian President Vladimir Putin sat with the Saudi leader, separated by FIFA president Gianni Infantino. Both the Saudi and Russian leader smiled at each other while shaking hands or sometimes just shrugging at each other.

They effectively excoriated the Saudi team while giving the Russian squad unbridled praise after the first goal was scored and throughout the game. While the Saudis performed poorly on the world stage today, this is a Russian team that had lost their last seven games and is the lowest-ranked FIFA team in the tournament.  They were fortunate to be playing the second lowest-ranked FIFA team in Russia who had lost 11 straight games entering this match.

Best halftime moment– The Gatorade commercial showing the country rivalry brewing between Barcelona teammates Luis Suarez (Uruguay) and Lionel Messi (Argentina). From unfollowing eachother on Facebook, to putting the other player’s jersey up for bid on eBay, it was a truly epic commercial.

The size difference between the two squads was clear from the onset of the match, and the Saudis were unable to get much lift under the ball. Yet, they continued to try to challenge the Russians by putting the ball into the middle of the penalty area, where the size difference between the two teams was most glaring. With so much speed on the flanks to use as an advantage, they continued to put the ball into the teeth of the Russians, and it failed miserably.

Worth noting — stats can be misleading

This game shows the lack of correlation between winning a match and time of possession. Saudi Arabia had roughly 60 percent of the possession throughout the match, yet they were clearly outplayed and outscored throughout the game. While time of possession is a statistic, it clearly is not a barometer as to who will win. The fact that Saudi Arabia had no shots on goal, however,  is a more accurate harbinger of the outcome of the game.