Is There A Chance Mickey Callaway Could Be One And Done With New York Mets? 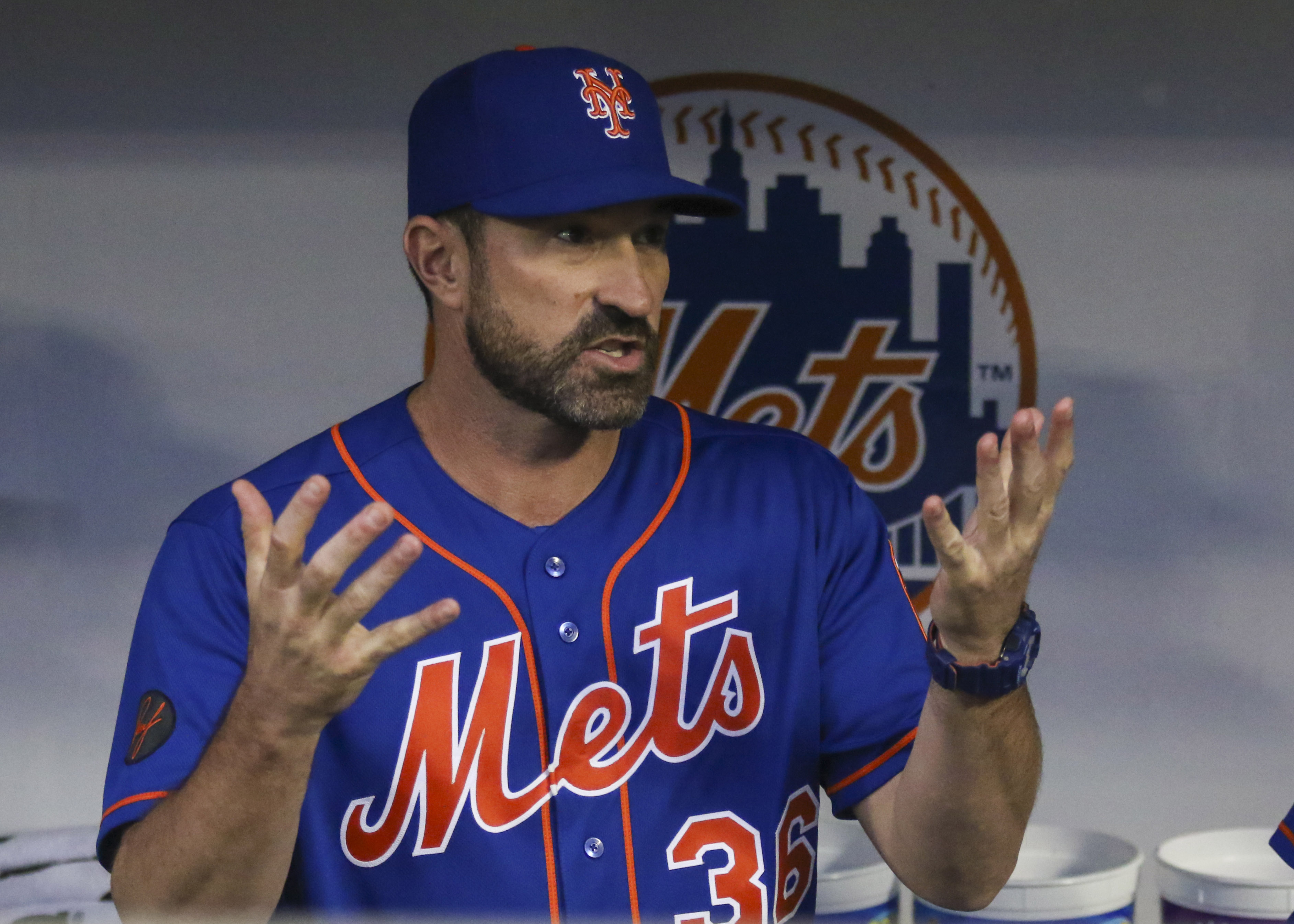 Is There A Chance Mickey Callaway Could Be One And Done With New York Mets?

When he was hired this winter, everyone was praising the New York Mets for  tabbing former Cleveland Indians’ pitching coach Mickey Callaway as their new manager. Callaway drew acclaim for his masterful handling of the Indians’ pitching staff and the Mets were lauded for thinking outside the box to hire a former pitching coach to fix their young pitching staff. The early returns were great for Callaway, who seemed to push all the right buttons during the Mets’ 11-1 start. Everything has gone wrong since then, with the Mets going 17-35 over their next 52 games, and a once promising season has turned into a living nightmare with the inexperienced Callaway steering a ghost ship.

This isn’t to say that the Mets’ current situation is all Callaway’s fault. Callaway can’t make the Mets hit better (as a team the Mets are hitting .137 this month, the worst mark in the major leagues by nearly 50 points) or execute pitches for relievers. The poor roster construction isn’t Callaway’s fault either, as a combination of ownership’s cheapness and poor vision from General Manager Sandy Alderson have left the Mets fielding a roster full of players that plays an old and uninspired brand of baseball. Injuries are also a problem, but Callaway hasn’t helped the situation through his own questionable moves. Callaway still hasn’t quite figured out how to work a double switch or utilize his bench effectively to the point that Mets’ relievers have batted for themselves 21 times this season. It is only June 14th.

Another problem that Callaway has at least partial responsibility for is the team’s completely flat play. The man that Callaway succeeded, Terry Collins, received a lot of grief for his in game managing but the Mets nearly always played hard for Collins. Callaway has kept a positive attitude despite all the losing, telling the media day after day that the players are following the process and that they are due to break out any day now, but watching the team has become worse than pulling teeth. During yesterday’s loss to the Atlanta Braves, Jay Bruce and Amed Rosario were both caught asleep on a base hit, allowing Ender Inciarte to stretch a single into a double. The Mets continue to make defensive mistakes despite the fact that Callaway held a team meeting two weeks ago preaching accountability on that side of the ball. The meeting has done absolutely nothing, with the Mets continuing to play flat and uninspired baseball.

The bad thing is that there isn’t much help on the horizon. Yoenis Cespedes is down in Port St. Lucie after suffering a setback in his rehab assignment and doesn’t appear close to a return. Wilmer Flores might be back in a couple of days, but his arrival can’t patch every hole in the lineup. The Mets don’t have a lot of trade chips to play with, and using them to prop up a team that has played .332 baseball since April 15th isn’t a wise long term bet. The only way the Mets will improve is if guys like Jay Bruce and Michael Conforto start to hit, and unless that happens soon there is little reason to believe the Mets will even sniff .500 again, let alone make any kind of playoff run.

The Mets talked a lot about how they felt like they had a chance to be good in 2018, but now it looks like they will be far worse than imagined. If the team continues to play .333 baseball the rest of the way, the Mets might lose 100 games for the first time 1993, which was the heyday of the “worst team that money could buy”. A poor showing like that should cause heads to roll as ownership will do something to try and appease a frustrated fan base. Most would argue that dumping Alderson would make sense since he put together the lousy roster, but he has a contract extension through next season and the trust of the Wilpons. There isn’t much you can do with the roster either since most of the team’s key players (Cespedes, Bruce, Todd Frazier, Conforto, Amed Rosario, and the rotation) are locked in for another year.

That leaves Callaway, who could be the sacrificial lamb the Mets toss out to the angry mob. The Mets have never fired a manager after only one season, with the shortest tenures in franchise history belonging to Jeff Torborg (200 games from 1992-1993), Joe Frazier (207 games from 1976-1977), and George Bamberger (208 games from 1982-1983). Callaway could be the first since changing the manager will be far easier than tearing down the entire roster. There were rumblings last winter that the Mets would show interest in Joe Girardi if he lost his job with the Yankees, which he eventually did . . . about a week after the Mets hired Callaway. Girardi is currently out of baseball, making him the perfect target for the front office to sell to Mets’ fans. The Mets could cite Girardi’s winning pedigree as a selling point, allowing ownership to spin that poor leadership was the reason for the failures of 2018.

Making Callaway the scapegoat for 2018 is really the perfect Mets’ move, allowing the team to set the narrative that a guy like Girardi (or Dusty Baker or another veteran manager) can help mold the current roster into winners. It would also create an excuse to hide behind if the team doesn’t invest in significant roster upgrades, with the Mets continuing to reference the fact that they got to the World Series in 2015 and a Wild Card game in 2016 with this core. While there is no question that Callaway has had a rough year, he doesn’t deserve to lose his job after one year. It probably won’t happen, but if this ship continues to spiral off the rails it would be a typical Mets’ decision to throw the captain overboard.