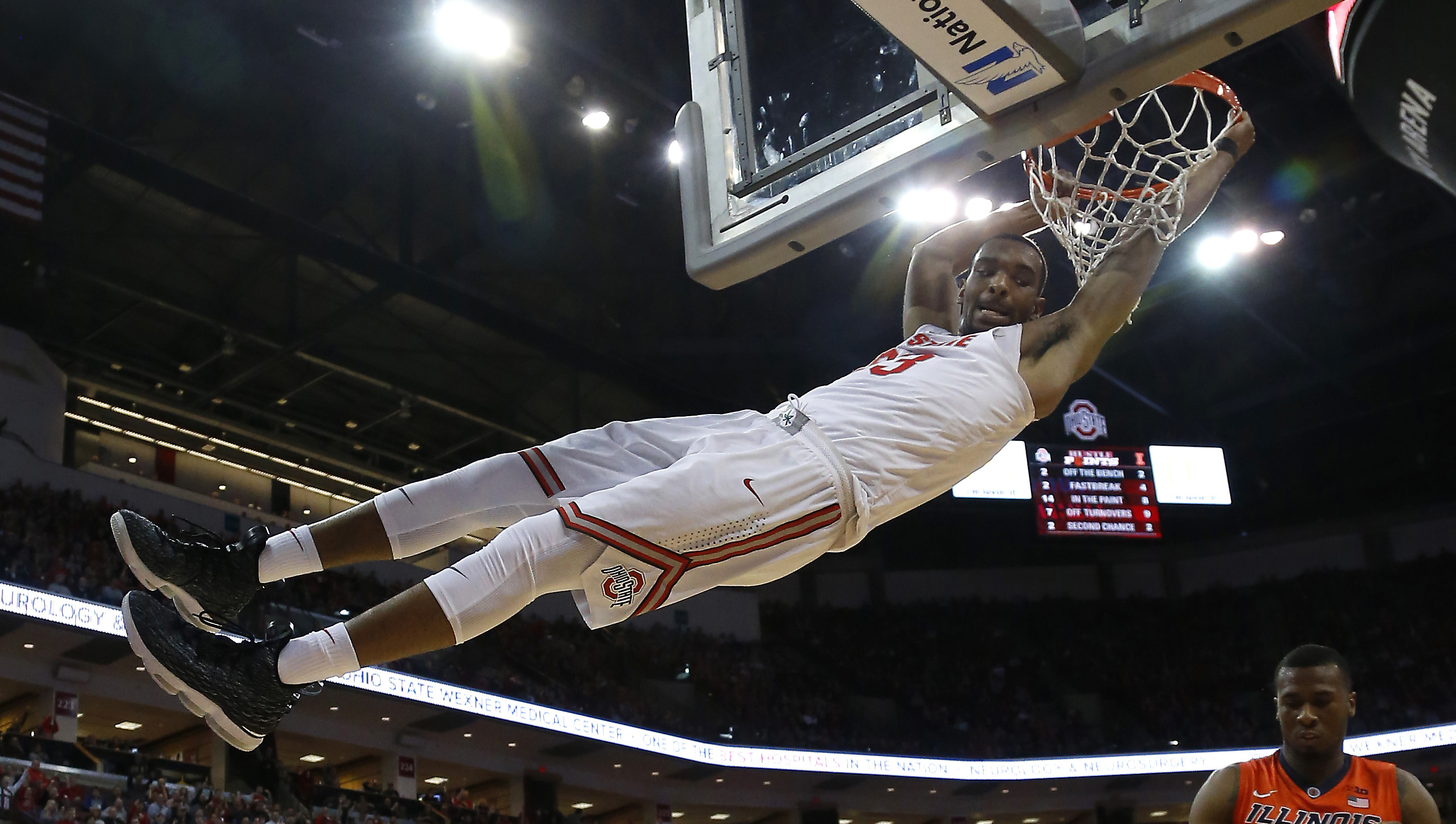 For the sixth time over the past month, the Washington Wizards hosted prospects ahead of next week’s 2018 NBA draft. Washington holds the No. 15 and No. 44 overall picks and their latest pre-draft workout may have been about figuring out what they do with their second-round pick. The headliners included Ohio State wing Keita Bates-Diop and UNLV big man Brandon McCoy. Wake Forest’s Doral Moore was in for his second public pre-draft workout with the Wizards, while Seton Hall’s Khadeen Carrington, Wake Forest’s Bryant Crawford, and Murray State’s Jonathan Stark rounded out the field. Bates-Diop could be a fringe first-round pick and McCoy will likely hear his name called in the second round.

Being a redshirt junior, Bates-Diop may not provide as much upside to Washington compared to his younger peers in the draft, but he would certainly be an asset. The very lanky forward led the Big Ten in points per game this past season at 19.8 and was also second in the conference in rebounds per game with 8.7 boards. He is a player that is comfortable setting screens and slipping out for the dump off pass and could provide a versatile wing for any team. Should the Wizards find a way to trade back a few spots, he could certainly be a late first-round target.

Washington is certainly interested in the forward, but wanted to see if he improved from his 35.9 percent three-point shooting clip from last year by putting him an extra drill after the six-man workout was over. This was a first for Bates-Diop, but he simply put that “they just want me to shoot a little bit more.”

On being a better rebounder and shot blocker for his size:

“My length. I have an extremely long wingspan [7-4] so that enables me to get balls most guys wouldn’t get.”

On his fit in the small ball era:

“That’s perfect for my game. Guys that are versatile and can switch, can guard multiple positions.”

On what he hopes to prove to teams:

“My shooting ability. I can shoot the ball better than the percentage I shot in college. That and just keeping showing my length and versatility.”

On his variability in mock drafts:

“I don’t know exactly why. I don’t pay attention either. I just focus on what I can control, which is these workouts.”

The big man is not getting nearly as much hype as the DeAndre Ayton, Marvin Bagley III, and Mohamed Bamba’s of the world, but he does join that trio as one of four freshmen to average a double-double in 2017-18. By the time the draft starts next week, McCoy will have completed around 16 pre-draft workouts, which makes it clear that the NBA is very interested in his potential. As a row body that has upside, he could certainly be a second-round target for Washington to develop in the G League and hope to reap the benefits in a couple seasons.

“I feel like the workout went really good. Just from a learning standpoint, I learned a lot playing with such great group of guys. Just had fun out there.”

On leaving UNLV after one year:

On what he hopes to prove to teams:

“Just that I am a competitor and that I’m able to play against the best of the best, compete, learn, and get better and better. I know I have a lot to learn. You got guys like LeBron James, the best player in the world, still digs into his game. So, imagine a guy like me from the bottom, I got to learn a lot so I just want to keep learning and get better.”

On feedback from the Wizards:

“They said I had a whole lot of upside, it’s just keep working. One guy told me, ‘Keep working. It’s better than getting a job.’ I don’t know what that means, I’m going to have to think about it. They told me I have a lot of potential.”