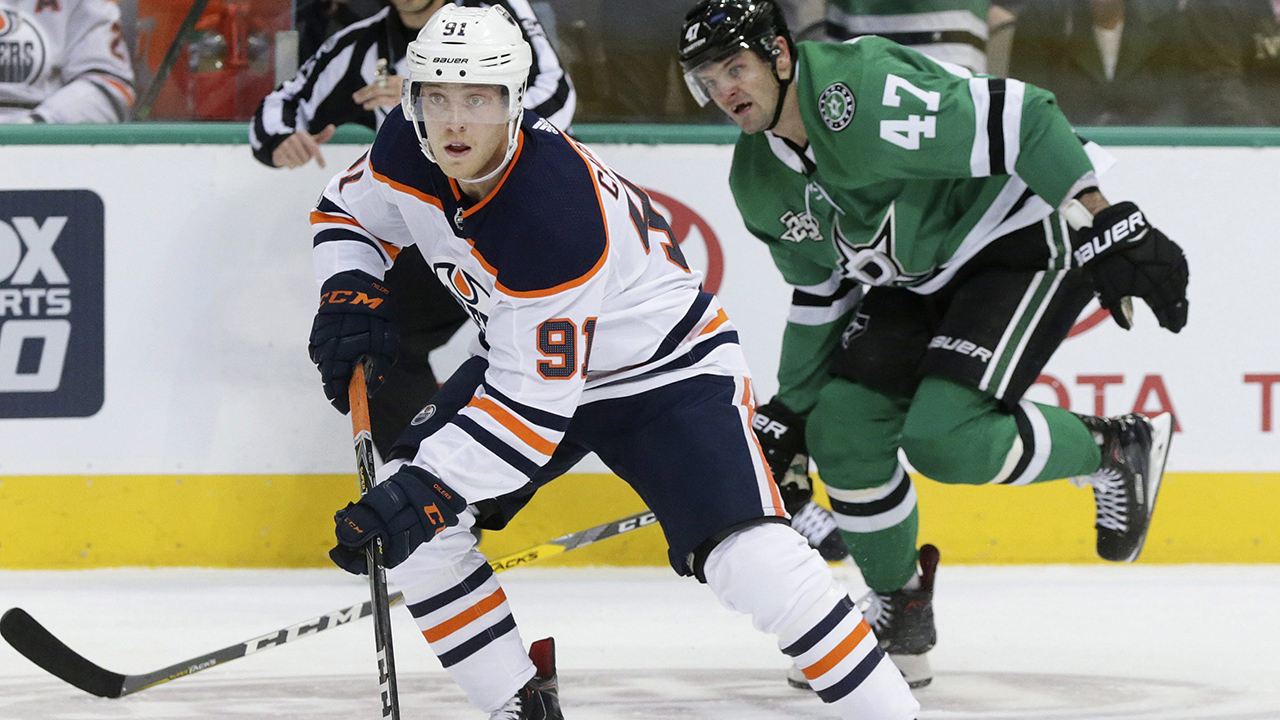 The Oilers have re-signed forward Drake Caggiula this afternoon, handing the forward a two-year deal worth $3,000,000. The deal will carry a yearly cap hit of $1,500,000 per season and does not include any kind of trade protection.

Caggiula just wrapped up his second NHL season, playing in 67 games and registering 13-7-20. This came on the heels of a rookie season that saw Caggiula post 7-11-18 in 60 contests, adding three goals in 13 playoff affairs.

For me, Caggiula hasn’t taken the steps many people had hoped for early in his career. The talk coming out of college was that this was a player who could produce enough offense to play a second line role. That has not happened yet, in fact Caggiula has yet to produce like a third line player.

The offense, through 127 games, has simply not been there yet. Caggiula’s possession metrics also have not been strong, even though he has spent time on Connor McDavid’s wing. Caggiula posted a 47.4% Corsi For while starting 52.6% of his shifts in the offensive zone. (Numbers via Hockey-Reference)

That doesn’t mean Caggiula is a bad player and that he has no worth. He brings speed to the table, and everyone knows the Oilers are lacking that. Not only is he fast, but he plays the game quick. That’s something the club needs more of.

Caggiula also brings it every night. I know to many people that doesn’t matter, but he works his tail off and the effort is never in question with this player. That means something to me. On top of that, even though he is only 5’10”, Caggiula plays a physical game and isn’t afraid to get his hands dirty.

If Caggiula is playing a bottom-six role next season, I’m absolutely fine with him coming back. He brings some things to the table that I find valuable, and I think there could be a little more offense to this player. I don’t think 15 goals and 30 points is out of the question over the course of an 82-game season.

The one thing I’d like to see improved on by Caggiula? His defensive awareness. There have been times he has looked lost out there, and I would like to see a little more progress in this area over the course of the 2018-19 season.

Thoughts on the signing?